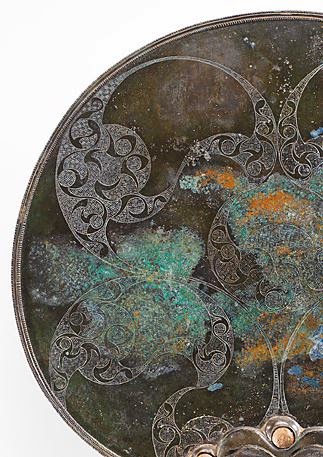 I am fascinated by the question of how art is related to the culture that produced it. It seems to me that there ought to be such connections; that changes in artistic styles ought not to be random events, but to be related in some deep way to changes in the economy, politics, religion or philosophy of the world from which they emerge. I have to say, though, that most theories along these lines leave me unimpressed. So far as I can tell, the relationship is often pretty weak, if it exists at all, and the most you can same about some artistic developments is "tastes changed." 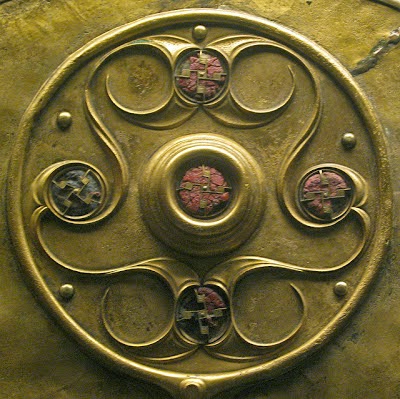 But I have become convinced that one of Europe's artistic revolutions does fit perfectly with political and intellectual changes: the rise of La Tène Art between 450 and 100 BCE. Earlier Celtic art (Hallstatt, we call it) was lovely in its way but highly traditional, much of it hard to distinguish from art of the Bronze Age. La Tène Art was revolutionary, the static geometry of earlier eras giving way to swirling evocations of motion and change. 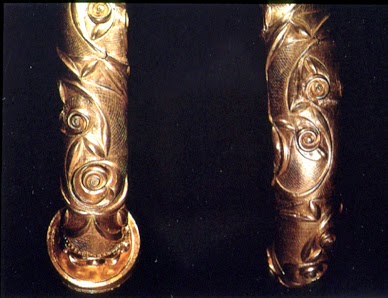 I do not think this was a random fashion, because motion and change were art the heart of the teachings of the Druids. La Tène art was almost certainly created at the same time as the Druids were articulating their model of a cosmos in constant flux, within which all objects were being constantly transformed into something else. Julius Caesar described the druidical idea of the transmigration of human souls, which is also expressed in several surviving fragments of druidical verse:

From what we can tell, it seems that these questions of time and change were much discussed in Iron Age Europe, for example among the pre-Socratic philosophers in Greece; the Druids ended up with a vision of the universe as a process of ongoing transformation, in which what we call an object or even a person is just a glimpse of time's endless river flashing by, like the flicker of a flame. La Tène metalwork puts this understanding into solid form. 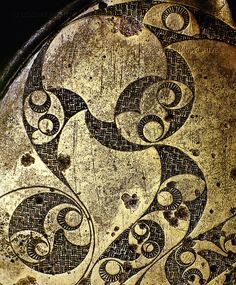 We have to reconstruct what the Druids taught from obscure verses and fragmentary asides, because they never spoke clearly about their doctrine. Their teachings were esoteric, never written down, never explained to outsiders; their secrecy was a great part of their power. 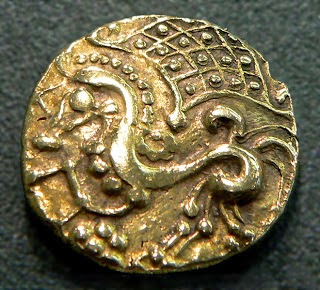 The patterns of La Tène art seem like they ought to mean something, but what that might be is hidden; none of these works announces itself as something approachable. Surely their obscurity connects to the Druids' disdain for prosaic thoughts and words. That only insiders could understand the message fits perfectly with the elite, aristocratic culture of the Celts, whose leaders shocked even elite Romans with their disdain for the common herd of men. 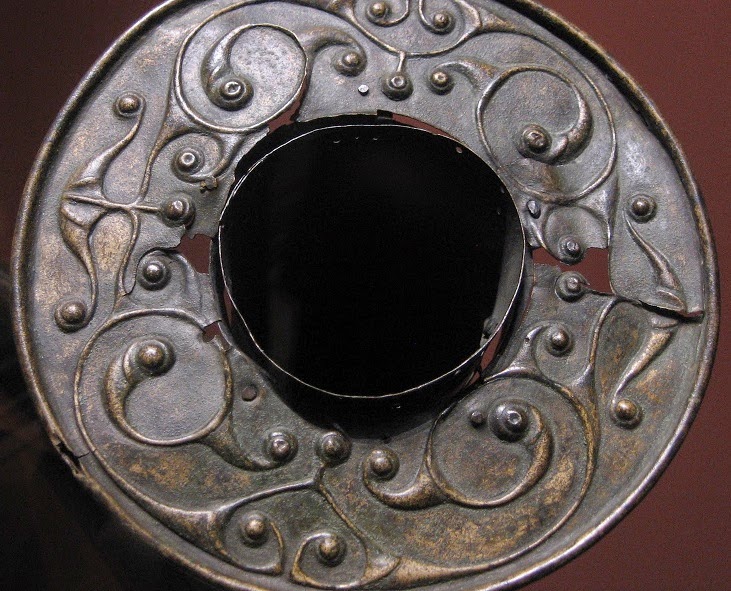 To me, then, the abstract mysteries of La Tène art fit perfectly into the social and intellectual world of Celtic Europe. This was art for insiders, for people born into the right families and initiated into sacred knowledge; that it seemed strange and obscure to the common herd was part of its appeal. It cast aside the familiar designs of previous centuries an embraced a new way of seeing, an esoteric vision of the world as fire and flux. It was beautiful, and strange, and pointed beyond itself to mysteries of the universe and the soul. 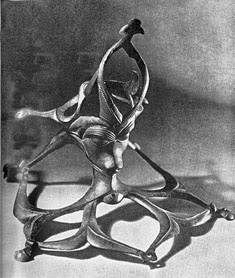