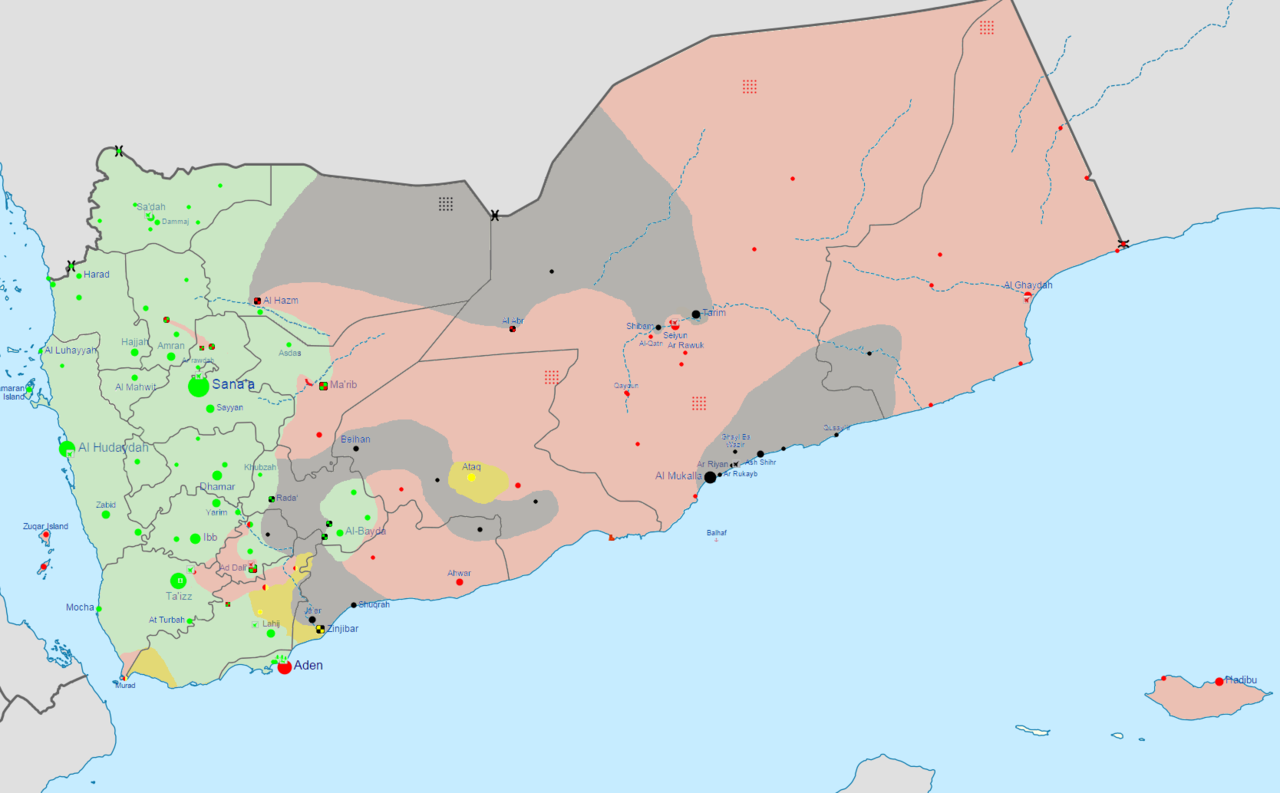 Yesterday the Saudi air force bombed Yemen, destroying (they said) they Yemeni air force. The Yemeni air  force had gone over to the side of the Houthis, the mainly Shiite militias that recently overran the capital and declared themselves the government. The land they dominate is shown in green above. The Saudis are supporting a different set of militias, the Hadis, whose lands are shown in pink. Each side is led by a recent President of the country. 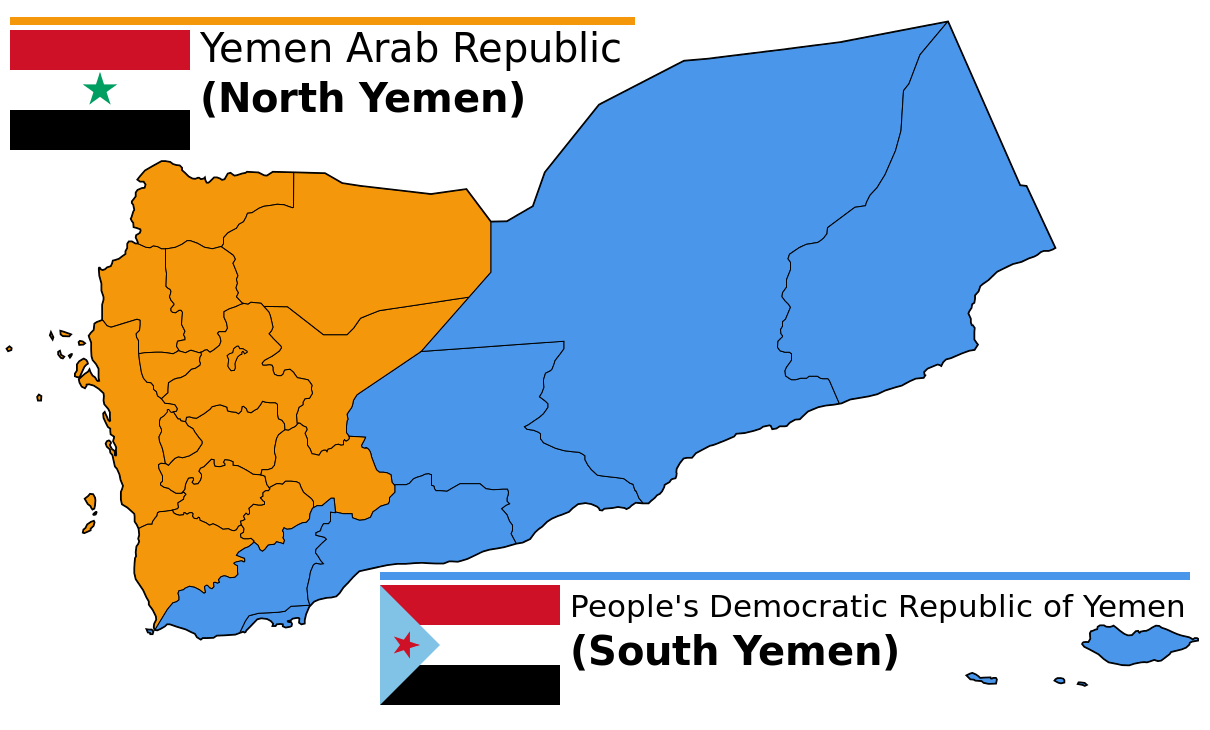 I was struck by how much the map of the current war looks like the old map of North and South Yemen. That division goes back at least to a 1905 agreement between the British and the Ottomans diving Yemen into rival spheres of influence. The two Yemens merged in 1990; the main force behind the unification was a sense that the old division had been imposed by colonial powers on a single people. But actually the Yemenis have never been united; neither the British nor the Ottomans had much control over the sheikhs who dominated remote parts of the country.

I can't seem to find out how this corresponds to religious divisions. The articles I have read about Yemen's history before the 1960s all discuss the division in terms of various tribes and sheikhs and say nothing about Sunnis vs. Shiites. Which is interesting in itself.

But, anyway, things don't look good for Yemen. If the Saudis and Iran step up their support for their allies in the country we could see another major civil war dragging on for years, providing yet more opportunities for al Qaeda and the Islamic State to seize territory or just foment their plans with impunity.
Posted by John at 12:16 PM

As is often the case with these things, the similarity between the two maps is largely dictated by simple geography.

There's a large mountain range right in the middle that bisects the nation roughly along the borderlines demarcated in both maps, with an empty expanse of blasted desert north of that, and most of the traffic through the country is coastal.