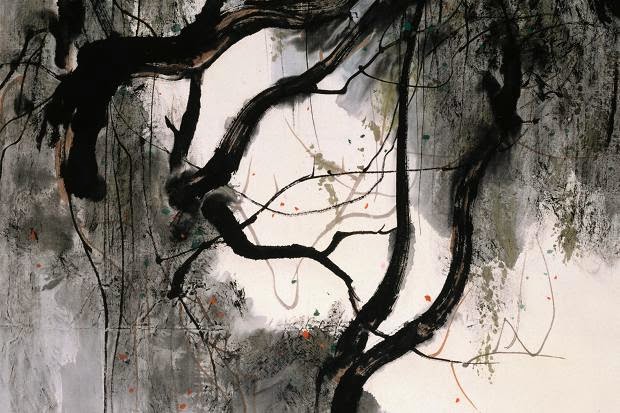 Wu Guanzhong (1919 – 2010) was one of the leading spirits of modern Chinese painting, best known for his works that combine western and eastern approaches to art. (Willows on a Hillside) 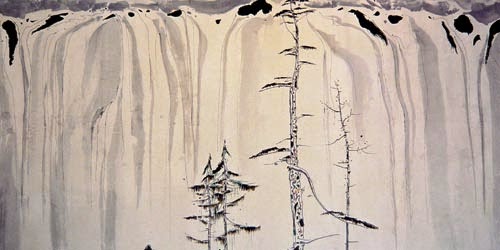 Wu was the son of a schoolteacher and he entered technical school to study engineering. But he dropped out in 1935 to study art.  (Cascade) 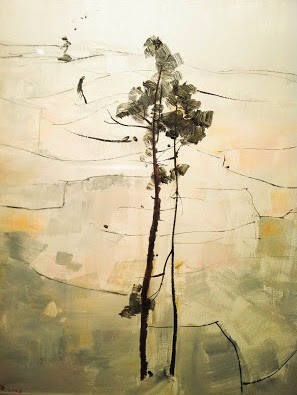 Wu's career went up and down as political and artistic fashions shifted in the Communist era:


In 1946, four years after graduation and further study about Chinese literature, French and history, Wu was offered a place at the Ecole National Superieure Des Beaux-arts in Paris on a government scholarship where he mainly studied modern art. During his time in Paris, Wu formed his own ideas about modern western art. He appreciated its novel forms, acute perceptions of the world, diverse techniques of expression and its popular use of abstract form.

Wu returned to China in the summer of 1950 and dedicated his whole life to art in his home country. He encouraged his students at the Central Academy of Art in Beijing to draw on both western and Chinese art to create their style. But this idea went against the contemporary prevailing Soviet- inspired social realism and Wu was heavily criticized.

In 1953, he was expelled from the Central Academy of Fine Arts but was offered a position at the Architecture Department of Tsinghua University, a gesture he still appreciates today. He found a new way to satisfy the social need, gain political approval and fulfill his dream as well -he changed from drawing figures to landscapes. . . .

During the Cultural Revolution (1966 - 1976) Wu was forced to work on a farm and was only allowed to paint on Sundays. With a blackboard as his palette and a manure basket as his easel, Wu worked on a series of paintings of northern villages, in focusing on the beauty of form.

So many Chinese people experienced these mad disruptions of their lives. Looking back, my main reaction is, what a stupid waste. 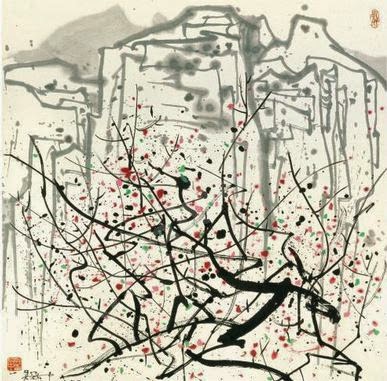 Wu returned to painting full time in 1976. From then until his death he was very successful and produced hundreds of full-sized works. Sadly most of the images I can find are undated, so I can't form any idea of his development. Wu was obviously an experimentalist, trying different combinations of forms and colors in oil, watercolor and ink. (Plum Blossoms, 1992) 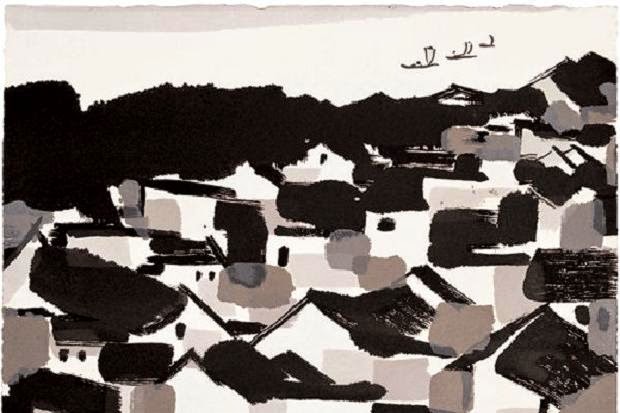 Wu once told an interviewer,


I don't know what my style is. I just paint the things that touch my heart. The style of a painter is his shadow, which means it is behind him and can't be seen by the painter himself. I just care about showing my true feelings in my works. Inspiration is more important than style. 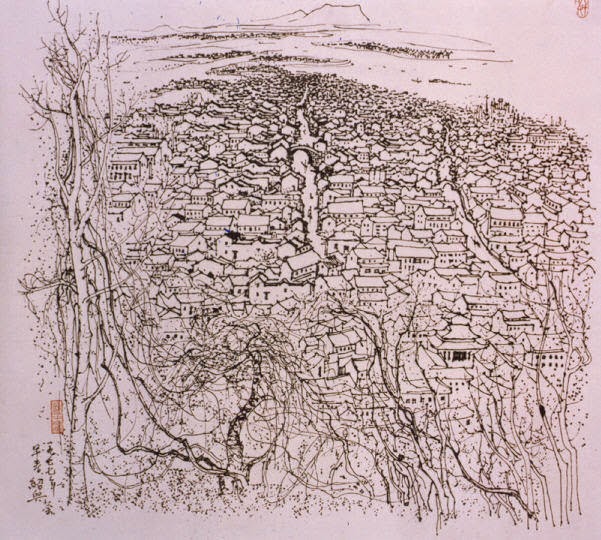 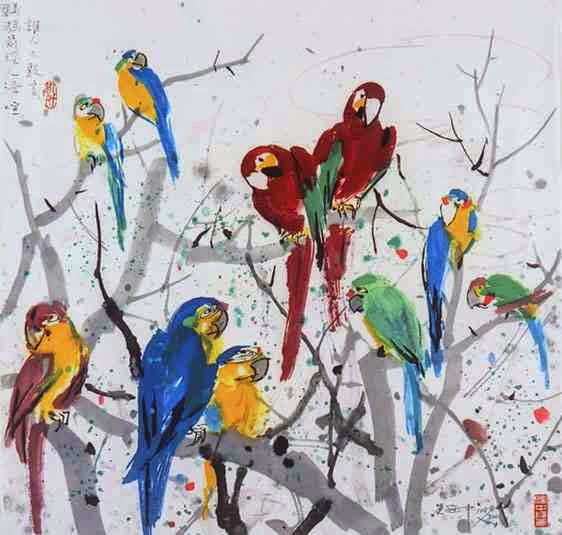 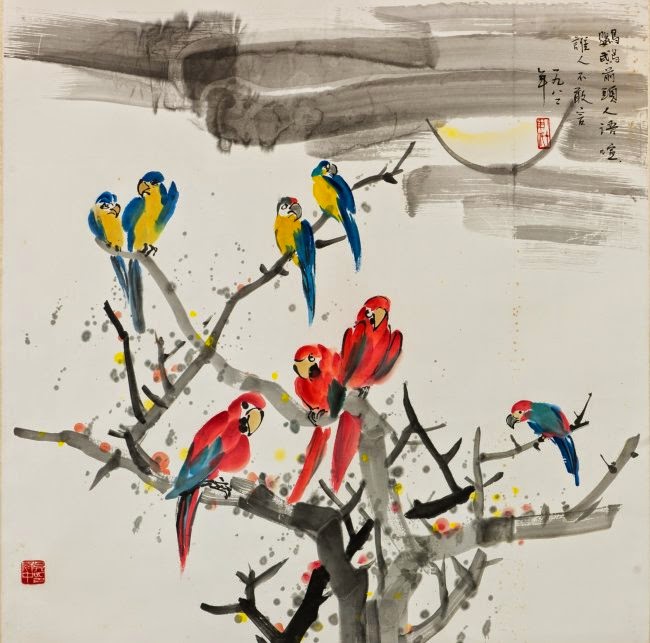 One of the major differences between traditional Chinese and western art is in the handling of color; generally Chinese painters used dull colors to create a contemplative feel, whereas western painters have often used bright colors to draw attention, create a mood, or just to liven up the room. Wu experimented with color in ways that are sometimes rather shocking, especially when combined with Chinese-looking brush strokes and backgrounds. 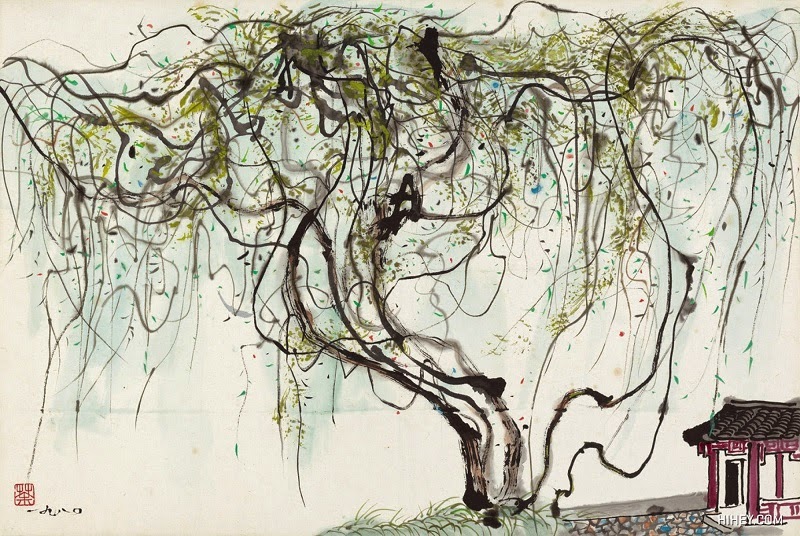 Without wanting to say anything about development, there is an obvious range of approaches in Wu's work, from the somewhat abstracted through the mostly abstracted to the abstract. Wisteria. 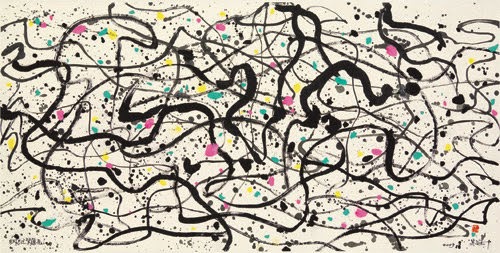 The Easterly Breeze Blows the Wisteria, 2009. 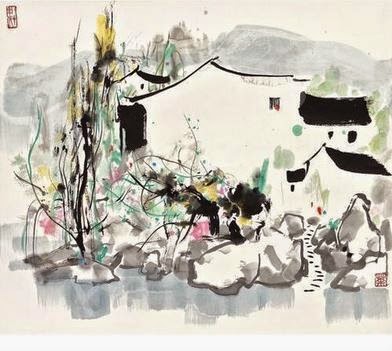 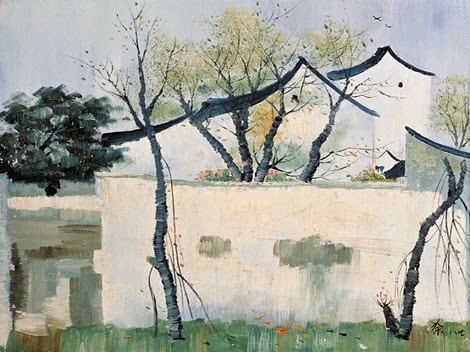 I am a bit bothered by those little dots of color, which are all over many of his late works. But I love these town scenes. 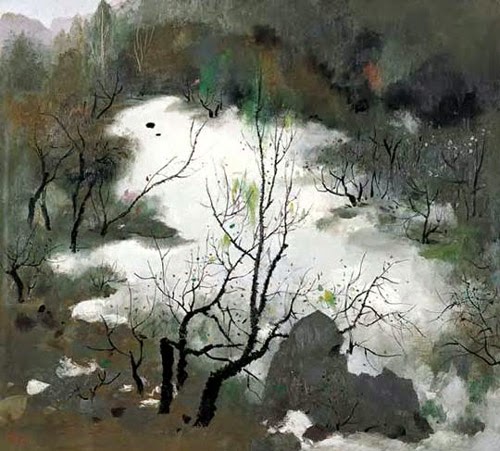 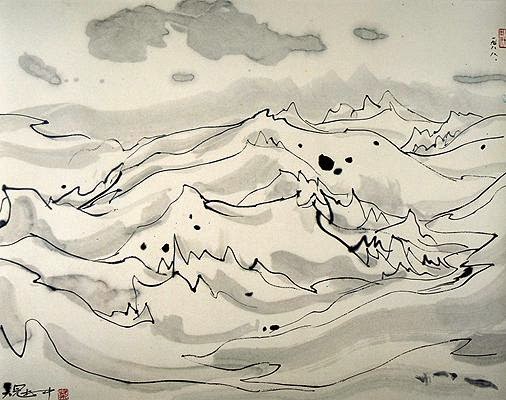 And some of these landscapes. 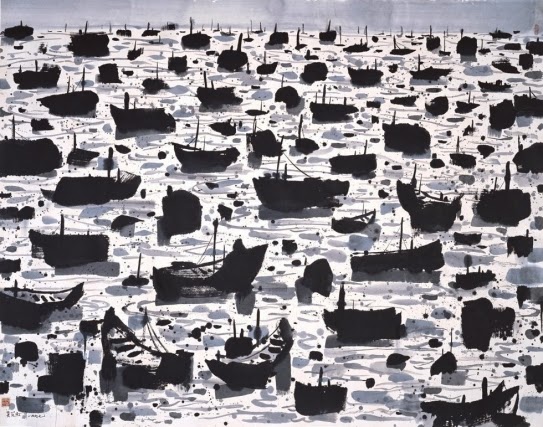 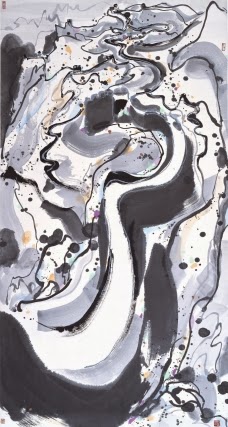 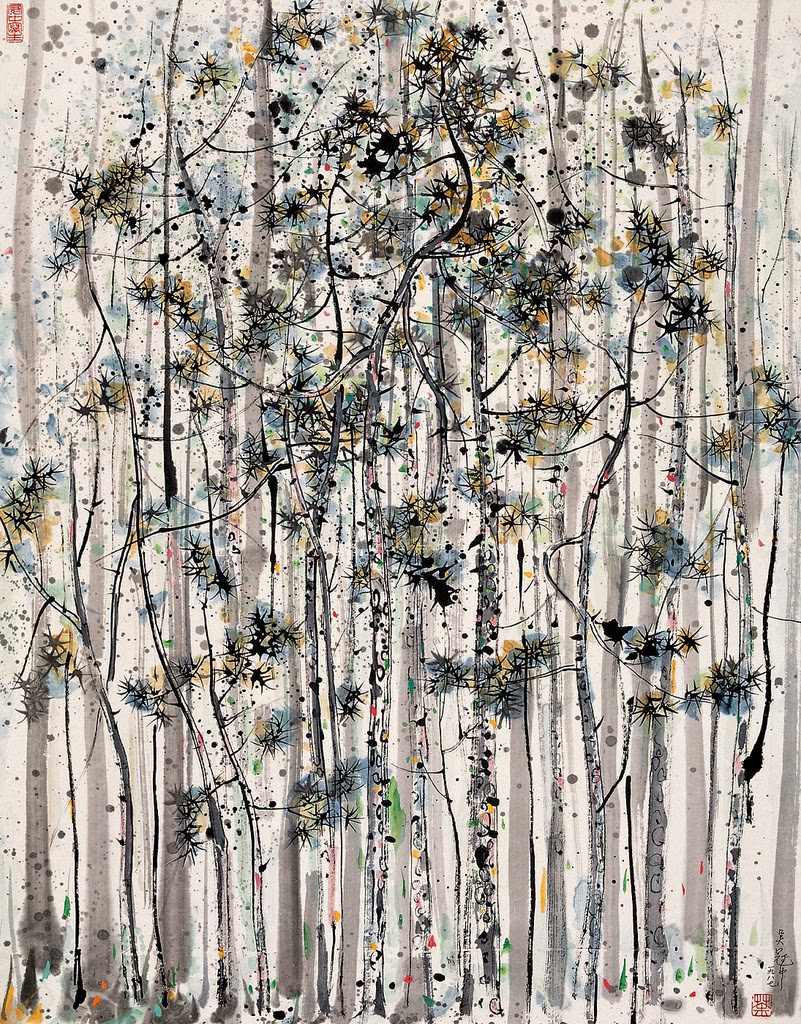 Pines. And now that I have discovered the wonders of a new artist, I can consider this a very good day.
Posted by John at 6:07 AM