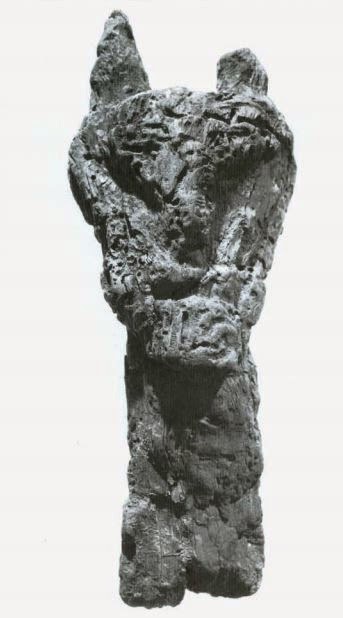 The Talayotic culture of Bronze Age Minorca left a fascinating legacy in megalithic architecture, including tombs. But after about 1000 BCE they left off building stone tombs and began to bury their dead in natural caves. Some of these caves were only rediscovered in recent years, and their archaeology has been spectacular. These hard-to-reach caves held corpses so well preserved that their hair styles can be determined, and many artifacts of wood, leather and fiber survived in the dry cave environments. These remains allow us to reconstruct the burial rituals in some detail. Among the most famous objects from these burials are a group of wooden idols from la Cova des Mussol, a sea cave in a cliff face. Two are of horned humans, inviting comparison with the famous horned gods of Celtic myth. 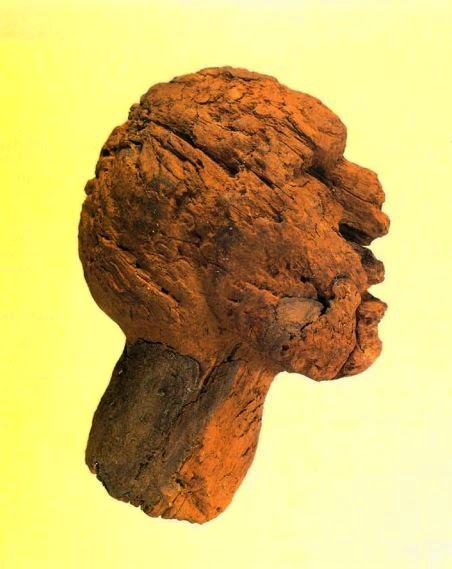 Here is another from the same cave. 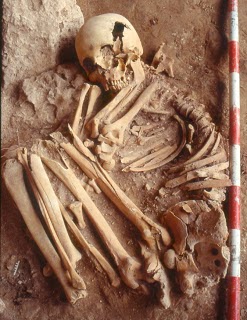 The bodies were wrapped in shrouds of cloth or leather. Plants of various kinds were much used in these rituals:


some of the corpses had bunches of plants, flowers or fruits (figs, blackberries) between the arms that were placed on bedding plants, such as cereals, wild olive, rosemary, margarita, celandine, and asphodel. 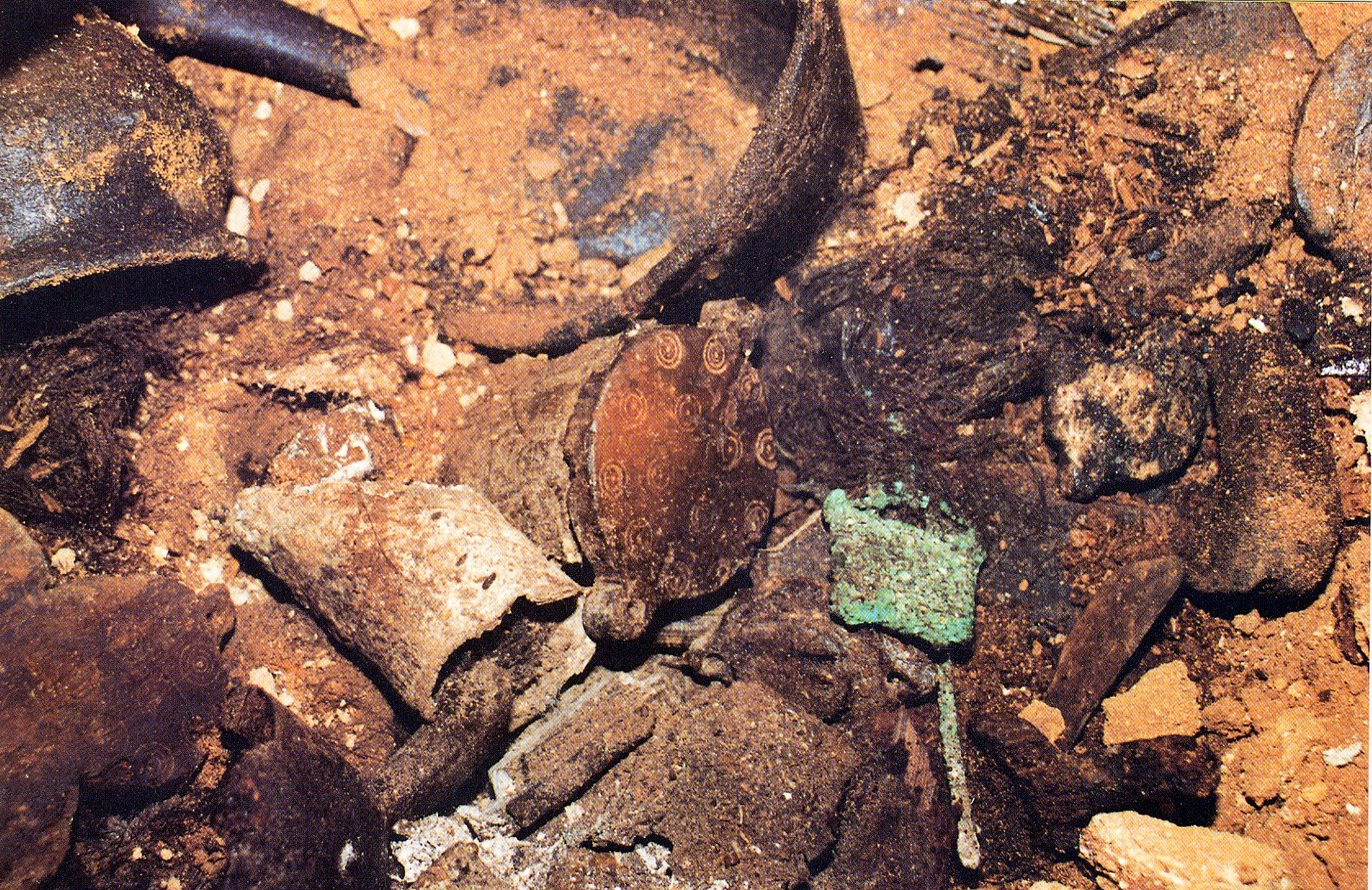 Ritual deposit in la Cova des Carritx. The round copper thing in the center is a cap placed over the open end of a cattle horn; several of these were found, and the horns all proved to contain human hair. One theory is that the hair was shorn in initiation rituals. Getting into some these caves was a challenge even for people with modern climbing equipment, so they made go places for impressive rituals. 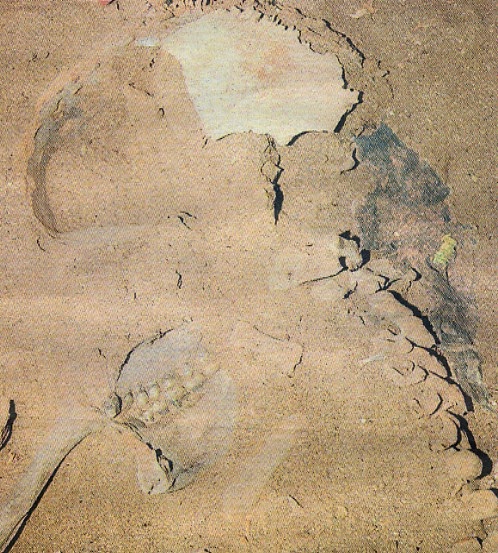 The hair of some corpses was elaborately prepared: dyed red, plaited with flowers, infused with fragrant resins, sometimes steeped in mud and then (presumably) sculpted into complex shapes. above, part of the waist-length braid on one woman from the Cova de Pas. 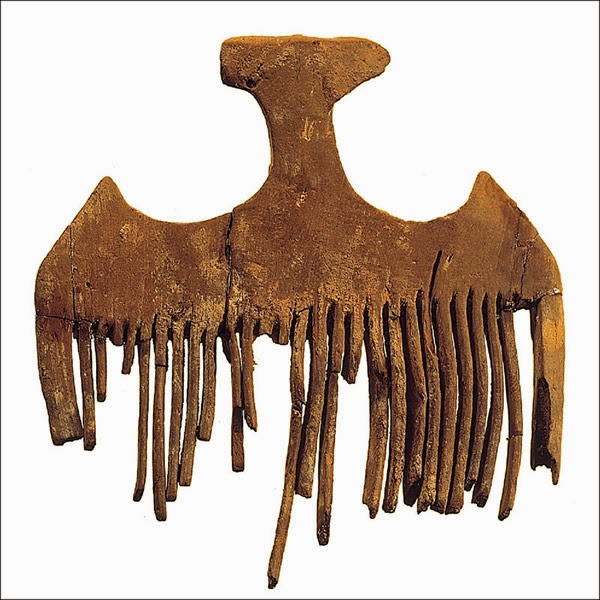 Since hair was so important, of course combs have also been found. This is the most famous, a bat-shaped boxwood comb from the Cova des Carritx. 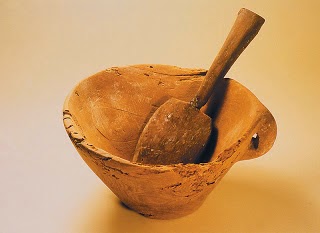 Boxwood bowl and spatula, perhaps also used in the preparation of corpses. 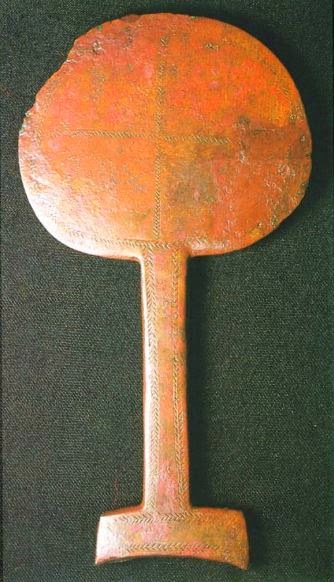 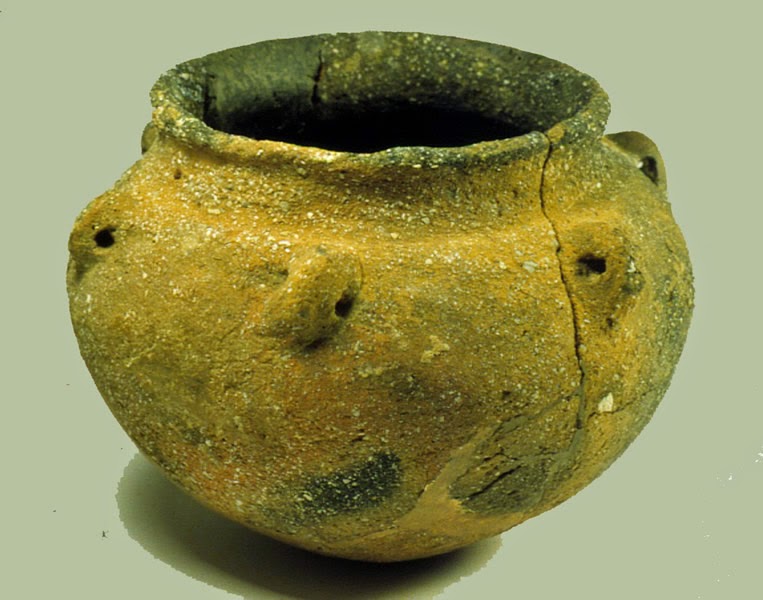 Hundreds of bodies have been found in the caves, and study of the human remains has hardly begun. As well preserved as they are, though ought to yield a ton of data about the people of the island. 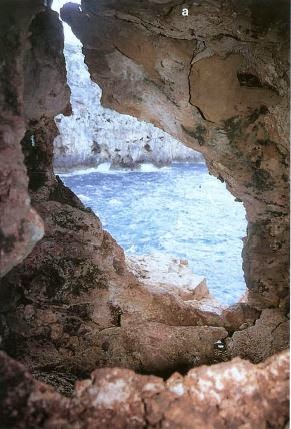 Sometimes when I think about the immensity of the time that has passed since the Bronze Age, I am awed by how much we are able to learn about people who lived so long ago. We are not limited to knowledge of the people around us and the fragile memories passed down through generations; nor to what is written in the few books in some monastic library. Our knowledge of the human past encompasses thousands of distinct societies and stretches back to the origin of our species and beyond. I, at least, find this to be one of the greatest marvels of our marvelous age.
Posted by John at 7:09 AM