Myth and Creativity, or, Snorri Sturluson and Odin's Eye 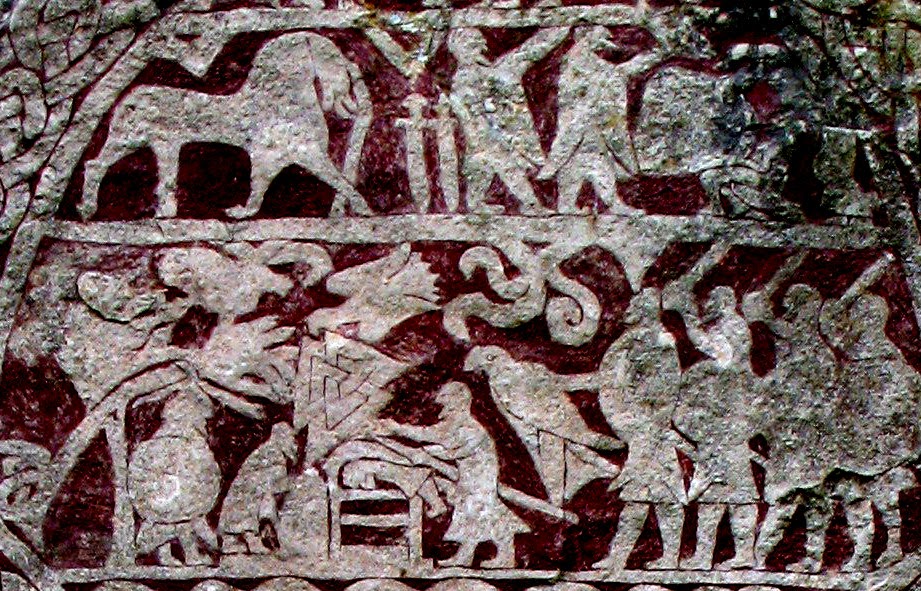 How much do we know about the Norse myths?

My answer would be that we know a lot. Others, however, disagree. Thanks to the vagaries of document preservation, about 75 percent of our information on ancient Norse mythology comes to us through the mind and hands of one man, Snorri Sturluson. Snorri was an Icelandic chieftain and poet who lived in the 13th century, when the old tradition of Norse poetry was still alive but already seemed archaic to many of his contemporaries. In a doomed attempt to keep the tradition going, Snorri wrote a series of tracts that explained the intricacies of skaldic verse for ignorant youngsters. He was aiming especially at the young king of Norway, who was known to prefer Arthurian romance to Icelandic verse. Since Norse poetry involved a dense, almost riddling pattern of allusions to the old Gods and their stories, Snorri also had to explain who the gods were and tell some of those tales. We call this group of treatises Snorri's Edda. This "younger Edda" is our only source for many Norse legends, and it is only because of Snorri's explanations that we are able to understand the hints from which we reconstruct most of the others. Not only that, but Snorri may have collected the poems we know as the Elder Edda, and while most scholars think those poems are ancient others suspect Snorri edited them when he had them written down. Snorri is also the author of the Heimskringla, a history of the Norwegian kings that is another major source for the Norse tradition, and the probable author of Egil's Saga, which includes the largest surviving collection of work by any of Iceland's famous pagan poets.

So, say skeptics, how do we know that any of this is ancient? Maybe Snorri just made it up!

It happens that I recently encountered this sort of reasoning in a book, which I won't name because that would be unfair. The dichotomy that underlies the question I just presented -- ancient vs. made up -- appears everywhere in writing about myth. There seem to be thousands of people who read and enjoy ancient stories and even devote their careers to expounding them but have no idea of what myth is, how it works, or why it endures.

Invention is part of myth; invention within the bounds of the mythic world is the heart and soul of myth.

Myth does endure for thousands of years. We know this because we can show that many myths are thousands of years old. American Indians imagined the universe just as the Norse did, as a vast tree with many worlds in its branches, its roots reaching down into the abyss where a great monster gnaws at them, in the top a great eagle whose wings cause storms. Those ideas were at least 13,000 years old when Snorri wrote his Edda, and he preserved them faithfully.

Does that mean Snorri invented nothing? Not at all. In an oral society, the old stories are preserved by storytellers -- bards, skalds, certain fey grandmothers -- who devote much of their lives to mastering this lore. When they performed these stories for an audience that knew them from childhood, they often changed them in some way. If the change they made was a hit, others in the audience would remember it and pass it on when they told the same stories, or perhaps use it in a different story. The old stories could also be told in different styles, for example in a rather exalted and noble form, or as comedy. It so happens that Snorri was fond of comic tales about Thor, so most of the stories we know about Thor have a farcical tone. Yet it is easy to imagine the same stories could have been told in a serious way or a dark and frightening way, and in fact those stories or others much like them were alluded to in dark and serious bits or poetry. In Snorri's account of Thor fishing up the Midgard serpent, Thor presses down so hard on the bottom of his boat that his feet crash through; this might seem like a whimsical touch tossed off by the poet, if we did not have this carving, made centuries before Snorri was born, showing this same story with Thor's foot protruding through the bottom of the boat.

One of the things one reads about Snorri is that since he was a Christian, he did not have the reverential attitude toward the gods that a pagan would have had, and therefore his humorous stories about Thor are products of a Christian age. But the ancient Greeks and Romans knew plenty of humorous stories about their Gods. Many cultures around the word have trickster figures who are both central to their myths and figures of fun: Anansi the Spider, Raven, Maui the Always Erect. It is the notion that religion should always be serious that is a distortion of ancient tradition.

But a storyteller could only change his tale so much, or the audience would be lost. A medieval skald telling a story about Thor was in much the same position as a contemporary director making a movie about Dracula. Follow the tradition too slavishly, and the audience will be bored; change it too much and they will reject the interpretation. What's more, certain kinds of changes are acceptable within the tradition, but some would be considered violations; Thor has to have a hammer and be associated with thunder, Dracula has to bite necks and drink blood. 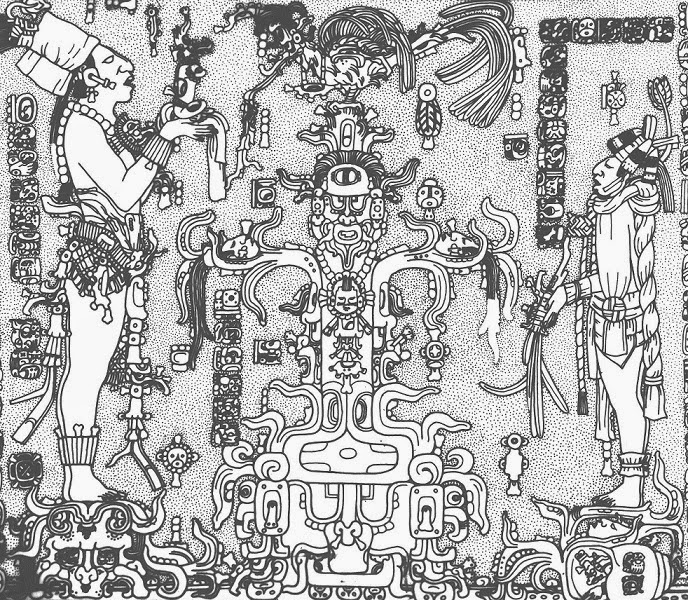 Some societies have different kinds or levels of myths. Some could not be changed much, because they were holy; the world tree must have been in this category to have been preserved faithfully for so long. Some peoples had myths that were charged with such great meaning that they could be told only on certain occasions or only to initiates. But even these most sacred myths changed slowly over the centuries; the Mayan world tree is recognizably related to Yggdrasil, but it is also different.

Myth lives, when it lives, in people's minds. It lives most powerfully in the minds of people who are immersed in that tradition, who grow up with it and understand the universe in its terms. The great traditions have also been rooted in particular ways of life and particular landscapes -- the Norse stories are the myths of farmers and sailors in a land of long, cold winters, and some of them would make little sense to people of the Amazon.

An authentic myth can be defined as a story told by someone who is fully immersed in a tradition and way of life. A myth does not have to be old, provided it incorporates enough of the tradition within its structure and its words.

Snorri Sturluson lived in the world of the medieval Norse. His physical surroundings were very much the same as those of his pagan ancestors; long ships and firelit halls, feuds and assemblies, kings and earls and peasants and slaves. It is true that he knew something of Christianity, but so far as we can tell he was neither pious nor very interested in the Bible. It was Norse poetry that seized his mind. He considered himself a great expert on that lore, and he dreamed of being the court bard of Norway's king. Since Norway's king no longer wanted a bard, he turned to writing books. But he was, I think, as much a man of the tradition as any of his ancestors. Perhaps that tradition had changed a bit by his own time, after two centuries of Christianity. But traditions are always changing; if we had the sources to compare them, we would no doubt that find that the myths of the tenth century were different from those of the fifth, and those of the fifth century from those of the pre-Roman iron age. Perhaps Snorri had his own personal interests and biases, for his example his veneration of Odin, god of kings and poets, and his irreverence toward Thor, the god of farmers. But this is obvious in his own writings, and need not cloud our judgment of the broader world of the myths. 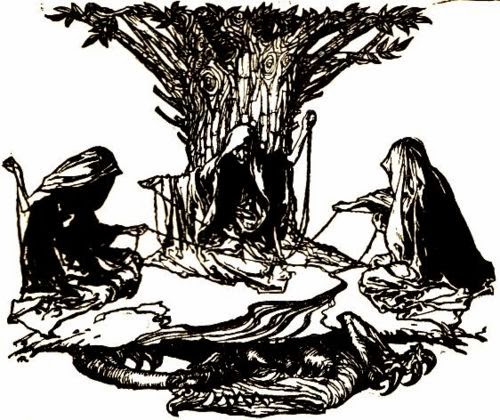 I do not think that Snorri invented any of the important stories or motifs that he put in his books, because that is not how bards worked. Some have asserted that Snorri invented from whole cloth the death of Baldur, since that story is attested in no other source; but to accept that we have to imagine this traditional man, this remembrancer, embarking on an amazing flight of fancy. I don't believe it. Besides, if there are no other Norse stories of the dying god, or of the power of mistletoe, or the extraction of oaths from all the living things, those are elements that appear again and again in myths all across Eurasia. The same is true of many other elements of Snorri's myths, from triple goddesses to thunder hammers. Did Snorri somehow anticipate the findings of modern anthropology? That would be a feat.

Every performance of myth is unique; yet every one draws on tradition. Snorri Sturluson was a teller of tales, and his versions of those tales are as authentic as any other bard's would have been. If he invented, he invented within the tradition of the skalds, not outside it. And that is what myth is.
Posted by John at 9:13 PM