Secure in His Shrine 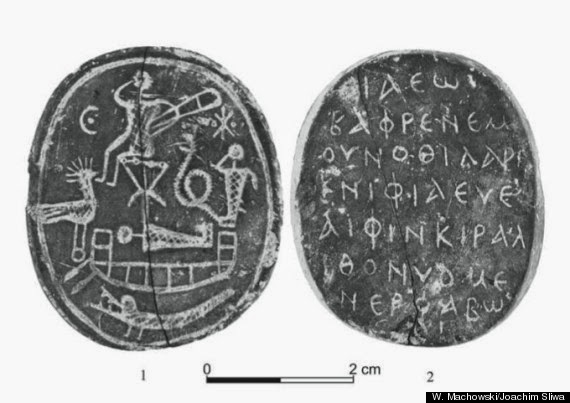 This stone amulet dates to sometime around 500 CE. It was found in 2011, in the ancient city of Nea Paphos in southwestern Cyprus. On one side is a 59-letter inscription that reads the same way backward and forward:


Yahweh is the bearer of the secret name, the lion of Re secure in his shrine.

In other words, a mishmash of old, mystical sounding things combined with no regard for their theological origins, pretty typical for magic in the Roman world. The pictures scratched on the otherside include crude renderings of Osiris and Harpocrates, the Egypto-Greek god of secrets.
Posted by John at 9:58 PM