Tomasz Gudzowaty at the Shaolin Temple 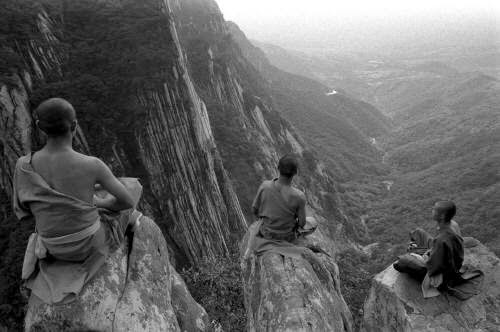 Tomasz Gudzowaty (born 1971) is a Polish photographer whose interests include out-of-the-mainstream sports, things like Mexican wrestling and small arena car racing. His most popular pictures seem to be these images of monks at the Shaolin Temple in China. Shaolin monks study martial arts-like exercises to prepare themselves for a rigorous approach to Buddhist meditation practiced in the high mountains. Well, that's the theory, anyway; quite likely many of these monks were drawn to the temple for its folkloric reputation of creating invincible warriors. That myth is old and popular in China, and the actual story of the monastery is so overgrown with fantastic elements as to be all but unrecoverable. But there certainly are Shaolin monks, and they believe that their practice is an ancient one. 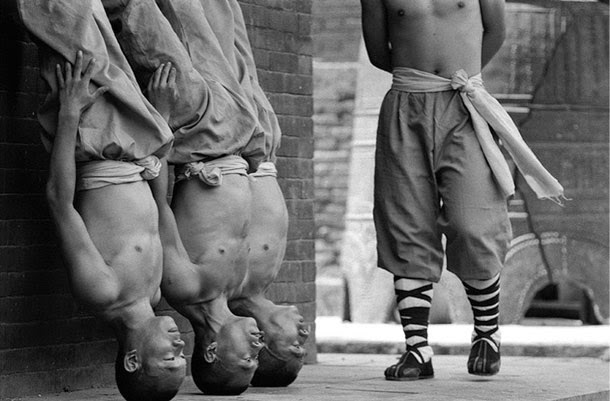 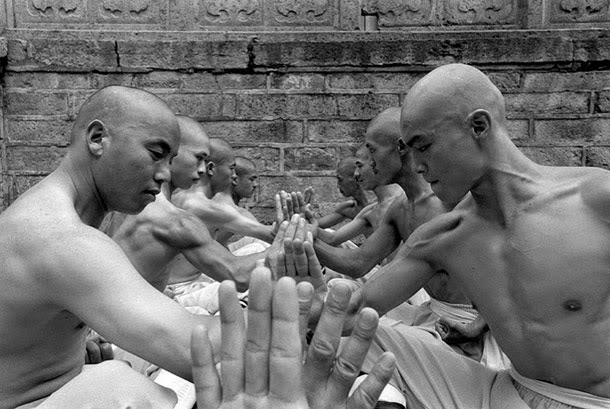 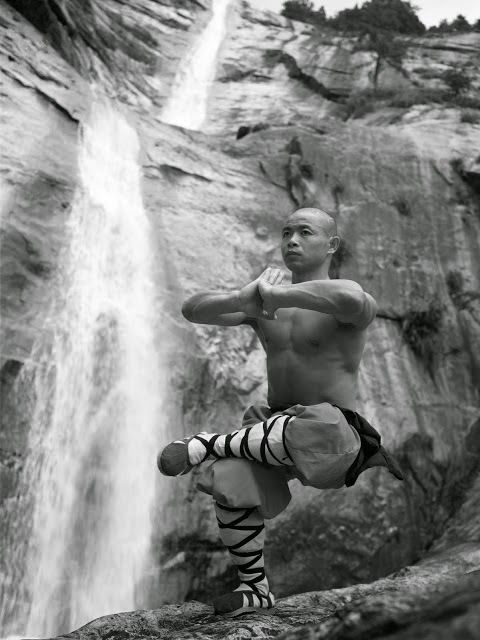 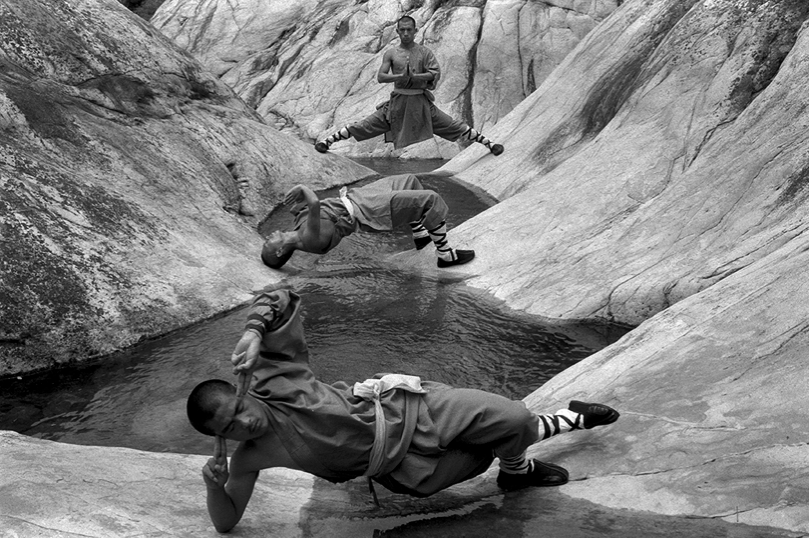 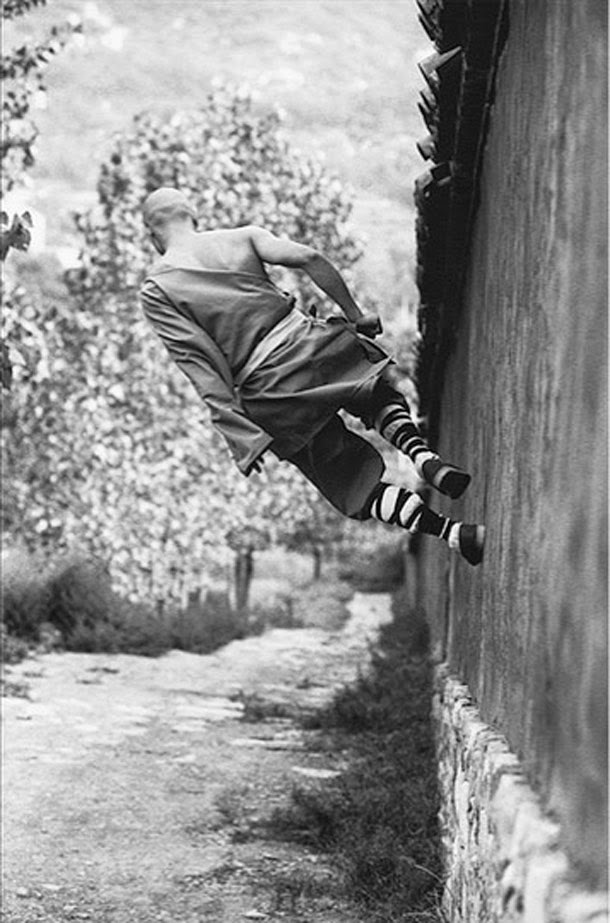 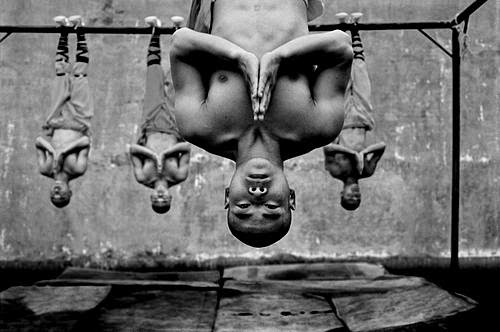 "The galaxy is littered with ex-Pralite monks, all on the make, because the mental control techniques the Order have evolved as a form of devotional discipline are, frankly, sensational - and extraordinary numbers of monks leave the Order just after they have finished their devotional training and just before they take their final vows to stay locked in small metal boxes for the rest of their lives."

Douglas Adams, The Restaurant At The End of The Universe