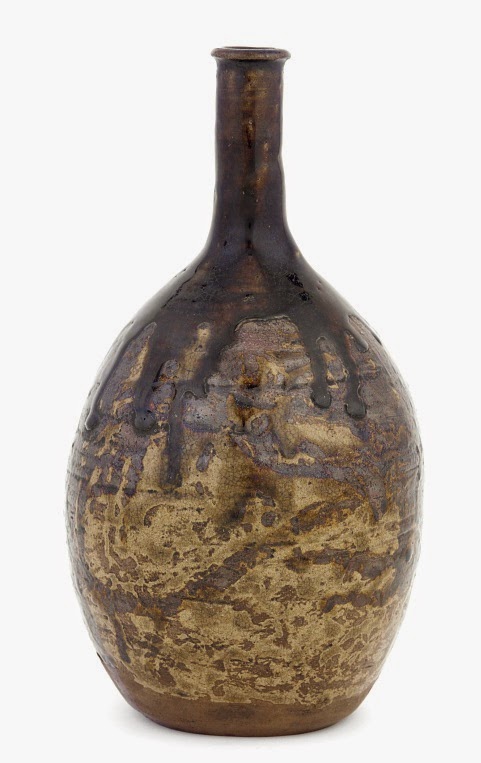 In Edo period Japan (1615-1868) the aesthetic dominance of refined porcelain was challenged by rough-looking stonewares. These simple, rugged vessels appealed to the same Zen outlook as the rock gardens and plain wooden or paper walls that were key elements of the classical Japanese home. I love them -- they are exactly my kind of thing, beautiful but rugged, with no silliness and little pretension. Charles Freer collected this stuff very extensively, so the Free-Sackler has a great collection. This is a 19th-century sake bottle of Shidoro stoneware. The application of the glazes was intentionally slapdash, allowing a random element into the design. 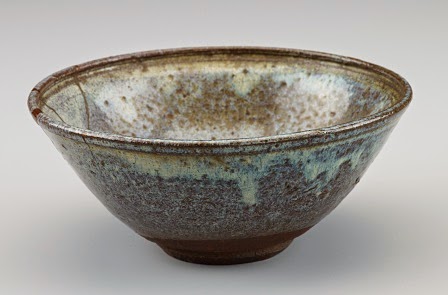 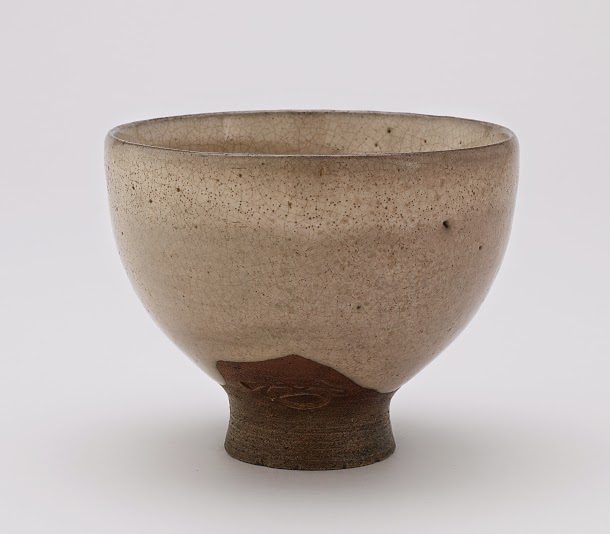 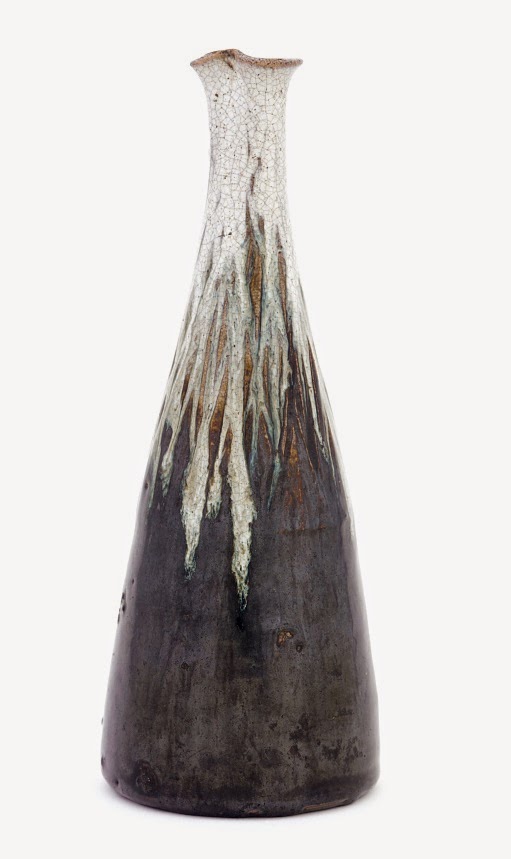 A "white-necked" sake bottle in Seto stoneware. The two glazes are both made of simple, cheap materials, the darker one of iron and the lighter one from rice straw ashes 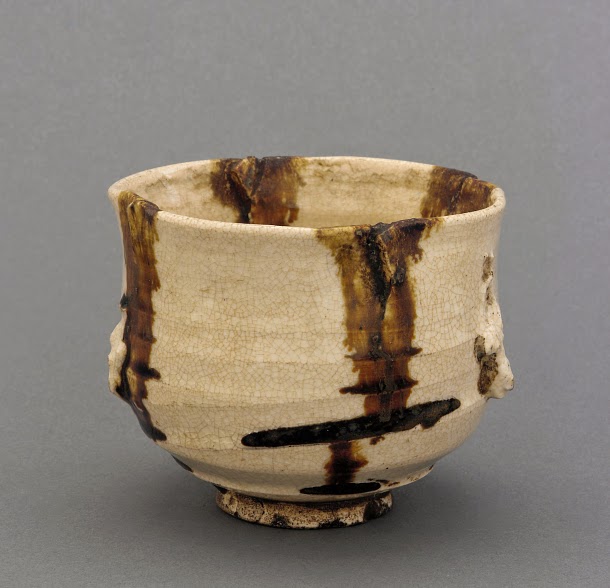 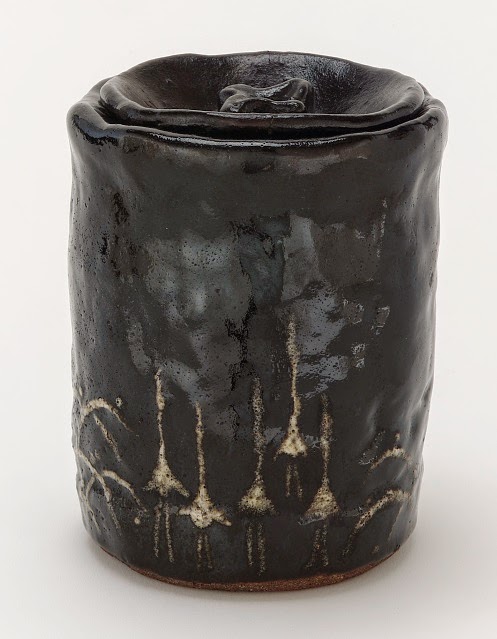 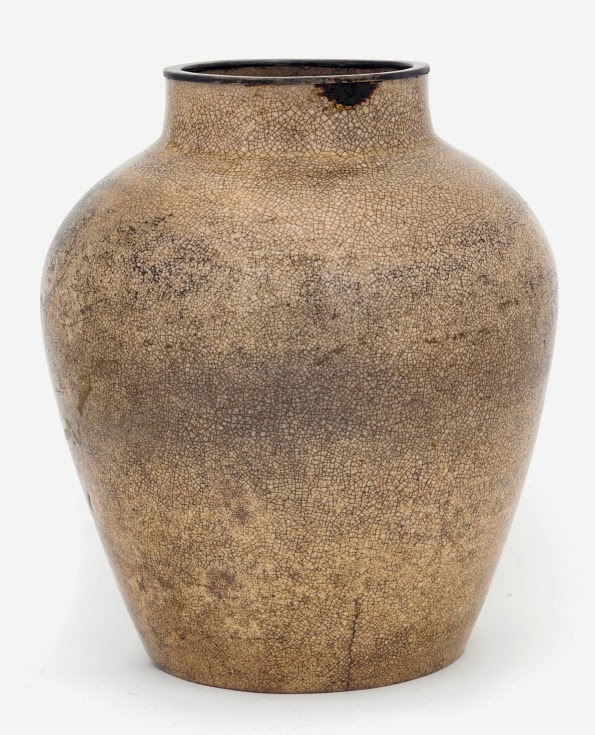 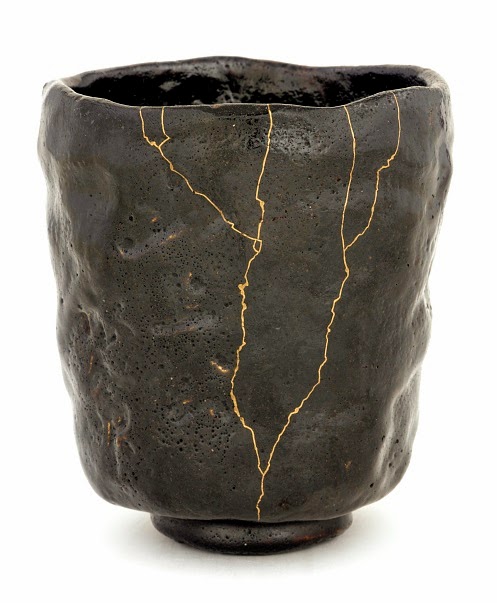 Black raku ware tea bowl repaired with gold enamel, 19th-century. The gold enamel repair got to be such a fad for a while in the 18th century that artists tried to break valuable vessels in particularly artistic ways, so the repair would look better. 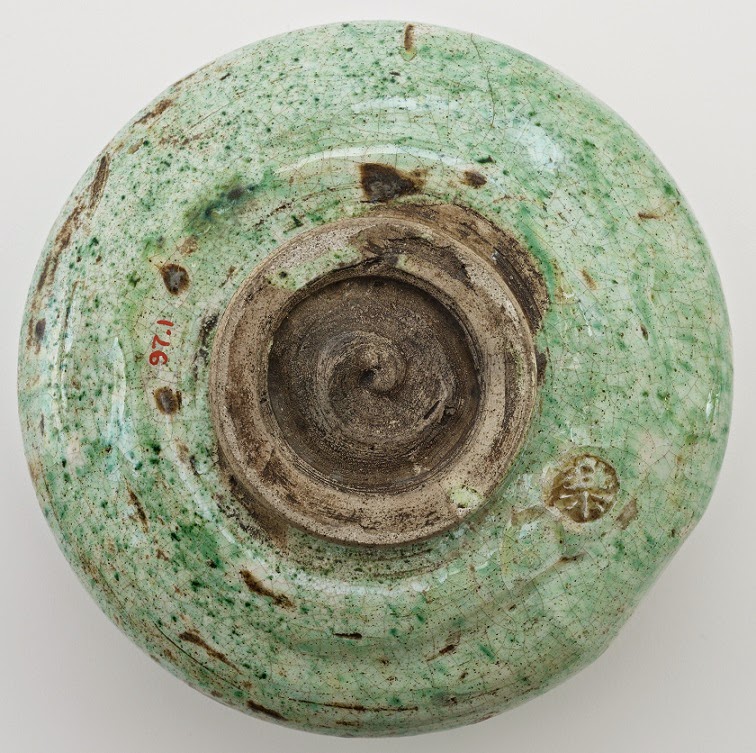 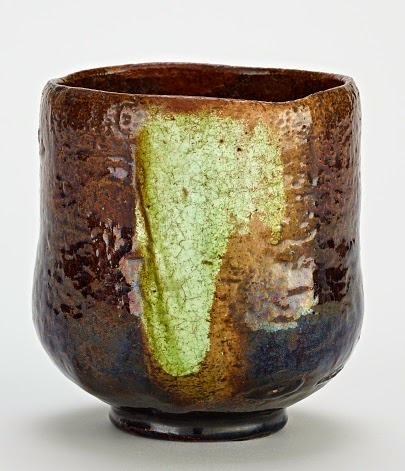 Tea bowl in the style of Ohi Doan (died 1839), possibly by the master himself. 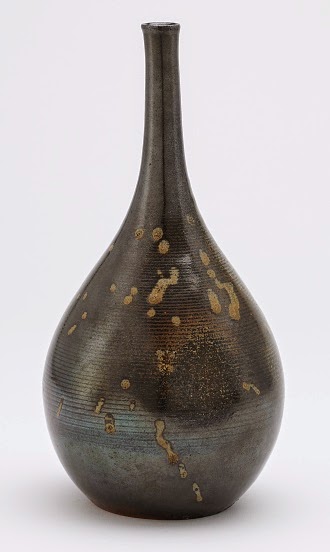 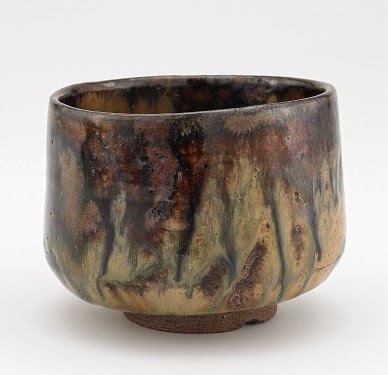 This tea bowl in Takatori ware has a name, Ochiba or Fallen Leaves, so it was already a notable specimen when Freer acquired it. It dates to between 1630 and 1650.
Posted by John at 5:17 AM