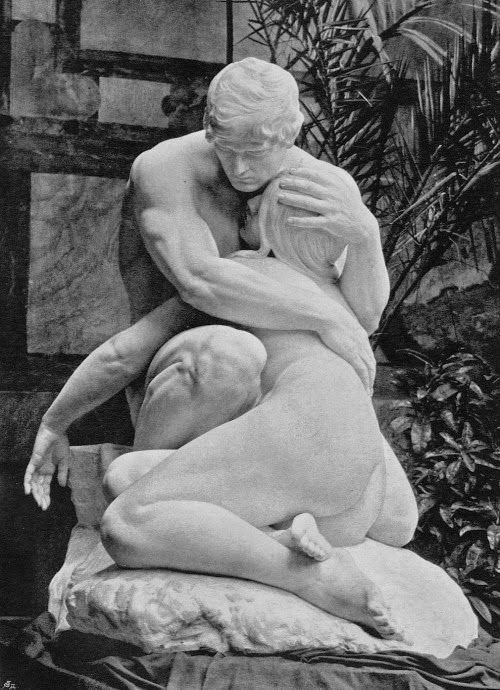 Peter Breuer (1856-1930) was a German sculptor whose career spanned the transition from neoclassicism to modern, and whose works oscillate between the two realms. Above is my favorite work of his, Adam and Eve (1898). 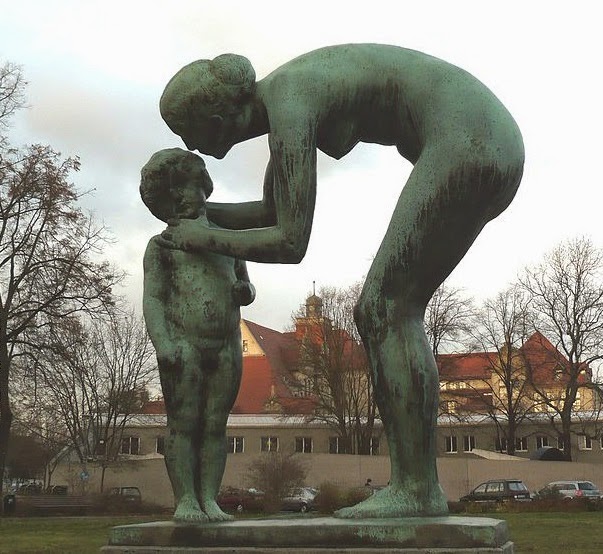 Aphrodite and Eros, famous work in a park in Berlin. 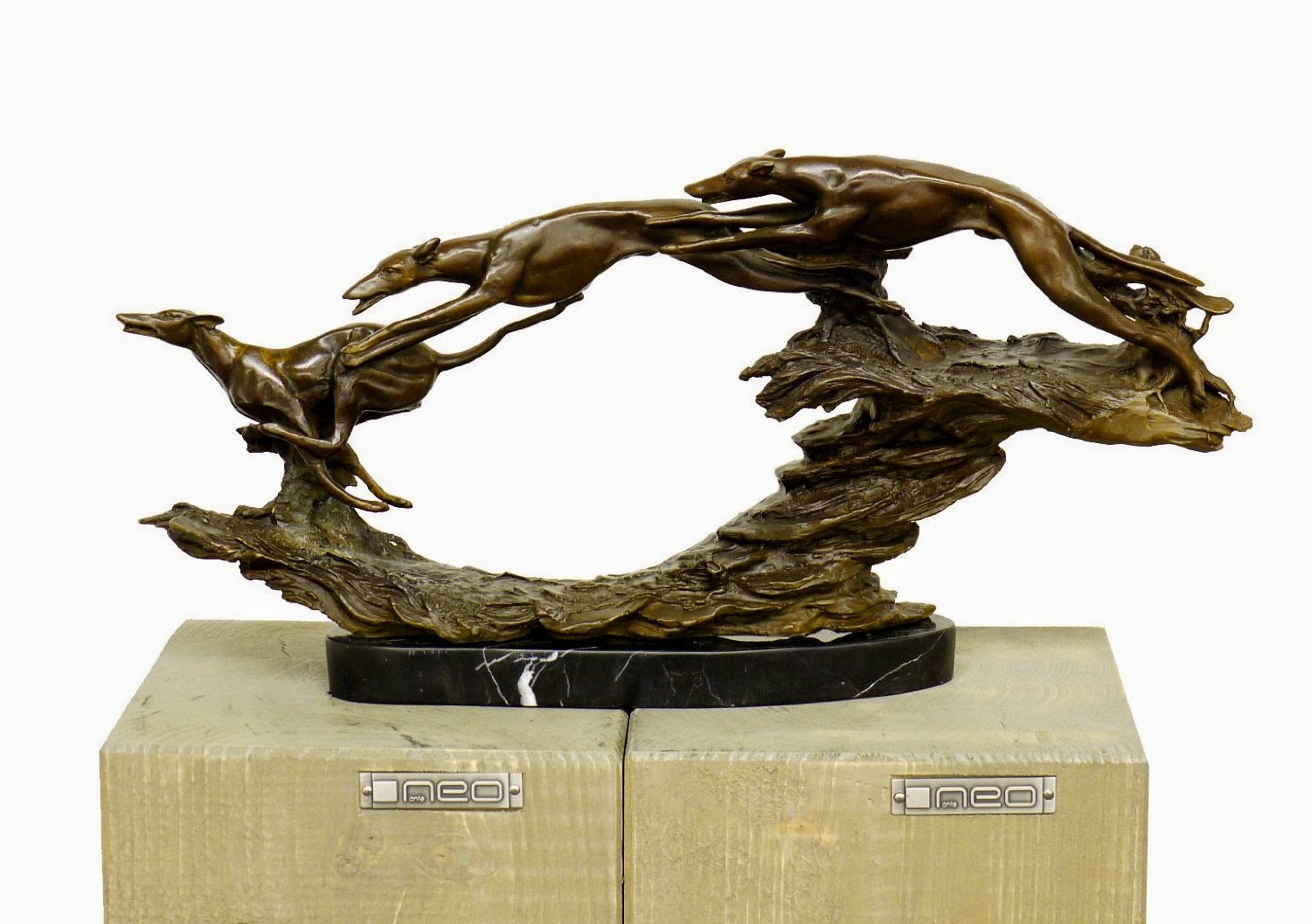 A lot of Breuer's stuff is still for sale as bronze table pieces; this is a contemporary version of Breuer's Hunting Season. 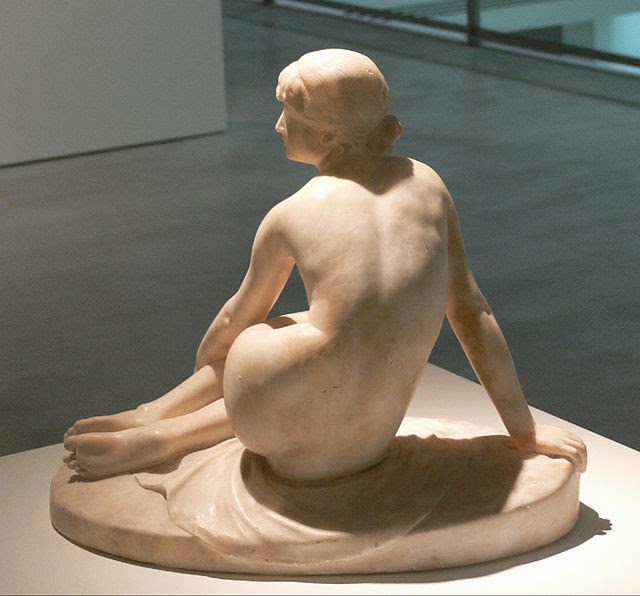 Spring, another work of which there are many, many small bronze copies. 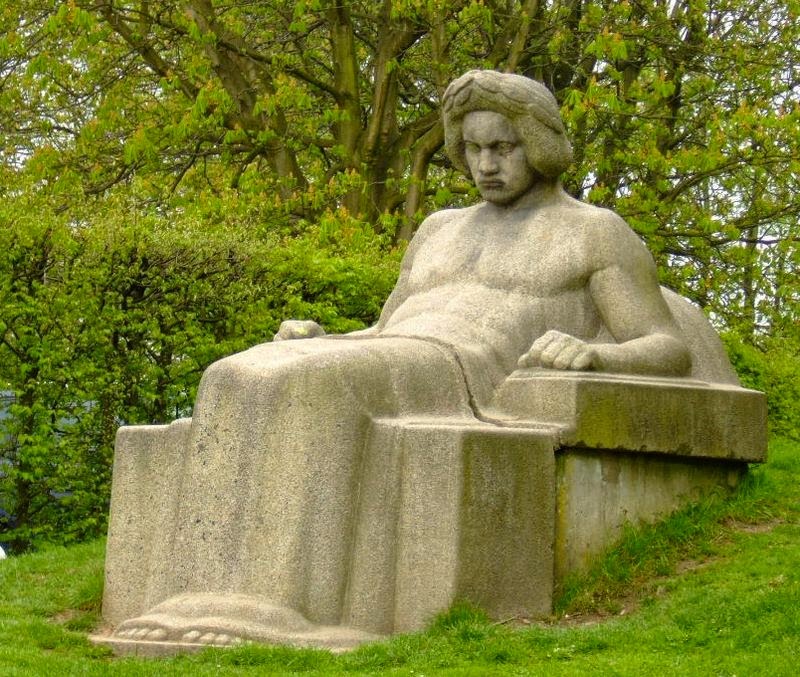 Breuer had a thing for Beethoven and made many sketches and designs for Beethoven sculptures over the years. In 1920 the city of Bonn announce a competition for a Beethoven monument, and Breuer submitted some of his designs. He won and was finally able to complete (in 1923) his vision. This work divides critics; some like it but others (including me) are put off by the blocky mass of it. 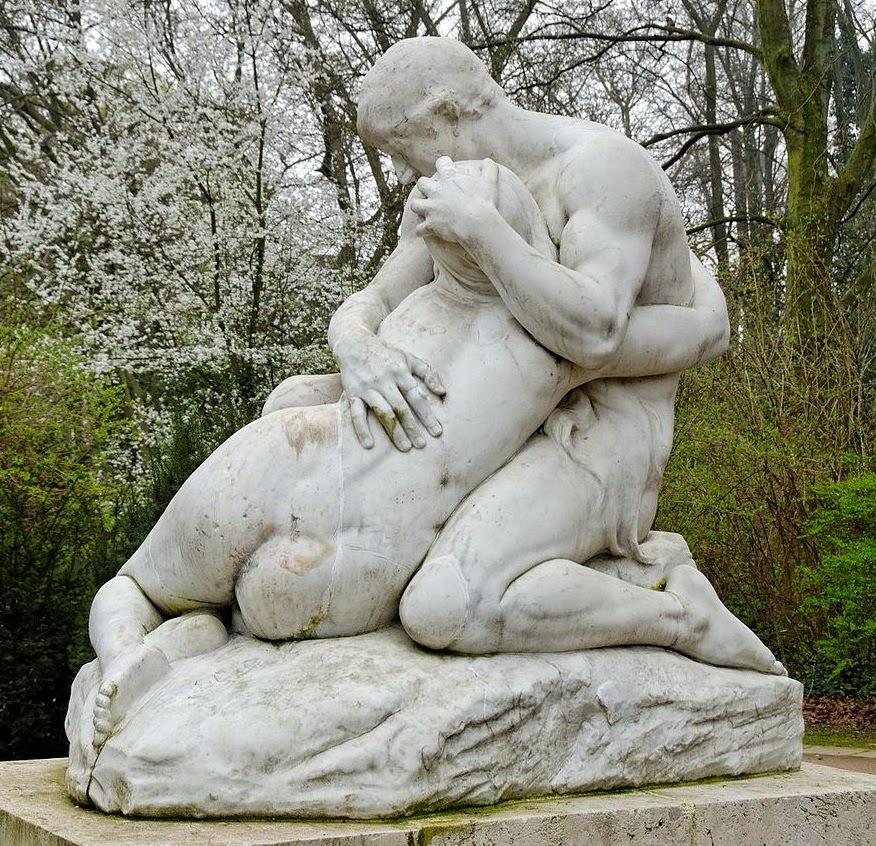 Another view of Adam and Eve.

If that Beethoven statue wasn't quite to your taste what do make of this Wagner statue?