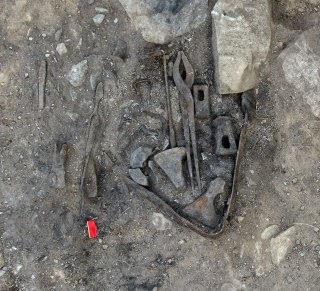 Last summer a Norwegian named Leif Arne Nordheim was frustrated that he couldn't get the flagstones of his walk in Sogndalsdalen to lie flat. So he pulled a few up and dug into the ground underneath to see what the problem was. He found something iron; brushing it off, he recognized a blacksmith's hammer and tongs. 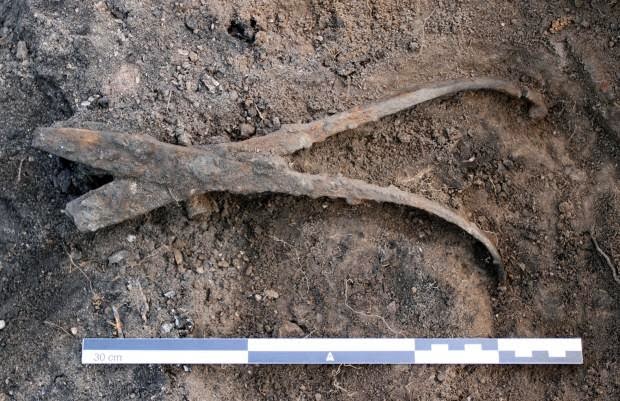 So he notified the regional cultural authority. Archaeologist Asle Bruen Olsen came to the site, dug a little deeper and found a grave from the height of the Viking era in the tenth century:


The grave was composed of several layers. . . . At the top they found the blacksmith tools. A little lower the archaeologists also found an ax and sword and some agricultural implements. Deeper down were the blacksmith’s personal items, including a razor, scissors for trimming his beard, tweezers, a frying pan and a poker. The grave contained about 60 artifacts.

At the very bottom they found the cremated remains of a human – the blacksmith. Mixed in with these were more personal items – some beads that had been attached to his clothing and a comb made of bone. 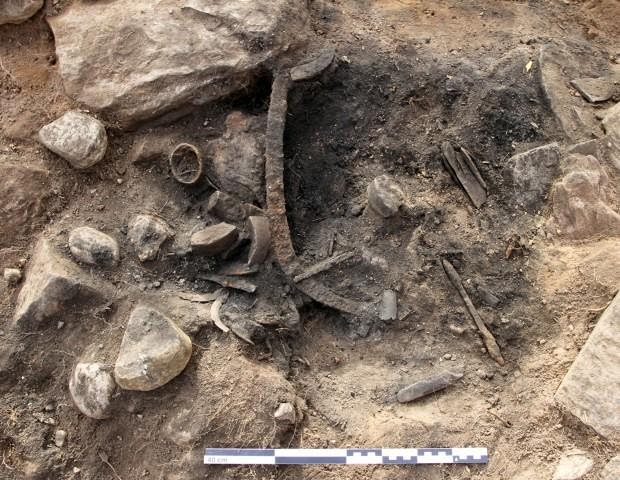 It was unusual for a Viking craftsman to be buried with a full set of tools, so perhaps this man was a particularly famous smith.
Posted by John at 7:20 AM