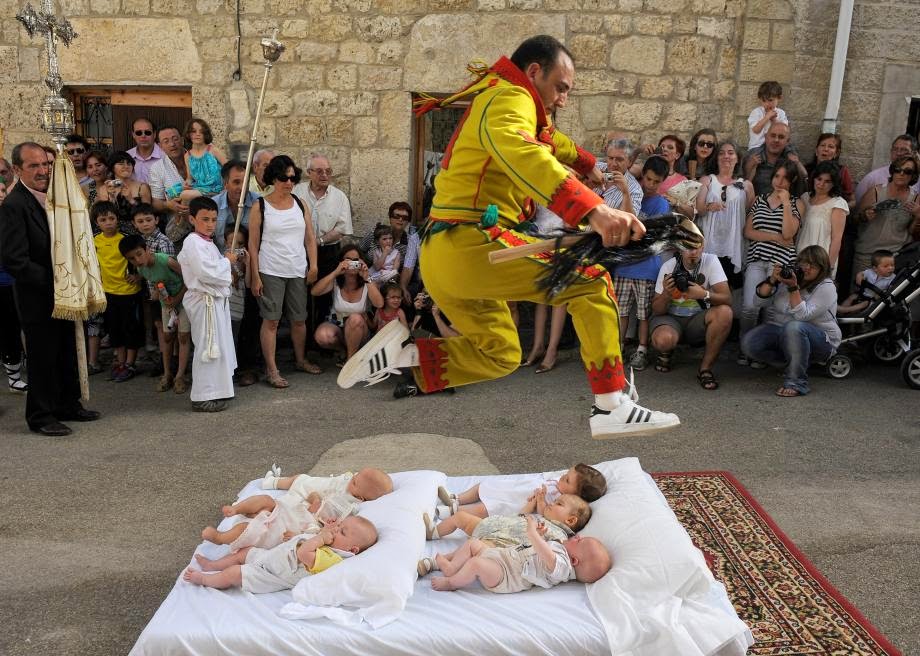 What a fascinating species we are:


Most Catholics are baptized into their religion as infants by being gently dunked under cleansing waters, absolving them of their original sin. In the Spanish village of Castrillo de Murcia, however, fresh babes are laid in the street so men dressed in traditional devil costumes can run around jumping over them.

The yearly festival, known locally as El Colacho, takes place 60 days after Easter during the village’s religious feast of Corpus Christi. No concrete origin for the bizarre ritual exists, but it dates back to at least the early 17th century. During the holiday, parents with children born during the previous year bring the little tykes out and place them in neat rows of pillows spaced out down a public street. Then, while the excited parents look on, men dressed in bright yellow costumes and grotesque masks begin filing through the crowd, whipping bystanders with switches and generally terrorizing everyone. . . . Once the little sinners have been jumped over, they are considered absolved of man’s original transgression, and are sprinkled with rose petals before being taken away by their (likely very relieved) parents. 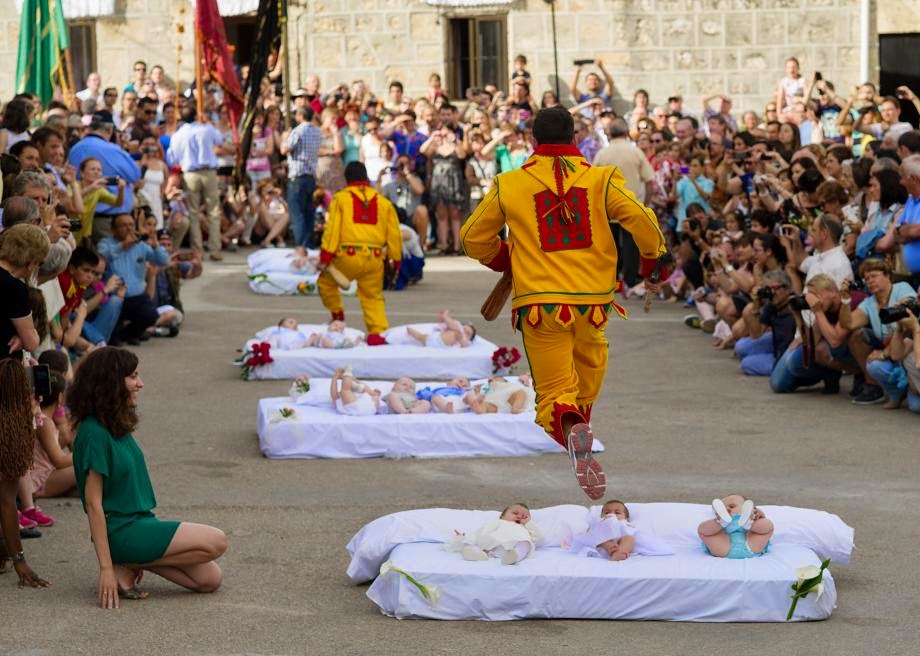 Well if nothing else, they prove their faith in motor coordination.

...which, to be fair, is actually pretty amazing and awe inspiring stuff. The mere fact that we can walk upright is pretty spectalucar when you examine the physics involved, to say nothing of our capacity for far more impressive feats like acrobatics and throwing things. (Biologically speaking, we're REALLY good at throwing things!)