An Actual Poisoning Victim of the Renaissance?

Renaissance Italy was awash in rumors of poisoning, but evidence that anyone was actually poisoned is hard to come by. After all, in that world people regularly dropped dead from intestinal infections without anyone lending a sinister hand, and they had no means of distinguishing natural forms of sudden death (heart attack, stroke) from poison. But Italian forensic pathologists may now have found an actual case of assassination by poisoning: Cangrande della Scala of Verona, who died on July 22, 1329 after a brief illness that involved vomiting and diarrhea.


Nearly 700 years later, scientists exhumed Cangrande from his richly decorated tomb at Verona's church of Santa Maria Antiqua and subjected his mummy to several medical investigations. They found that Cangrande suffered from a mild form of black lung and emphysema, probably because he was often exposed to smoky environments — palaces without fireplaces and military camps. The nobleman's bones also showed signs of arthritis consistent with regular horseriding.

In an examination of the mummy's digestive system, Fornaciari and colleagues found that Cangrande had consumed chamomile and black mulberry before his death. But then, they discovered something more unusual: foxglove pollen in Cangrande's rectum, as well as toxic concentrations of digoxin and digitoxin, two molecules from foxglove plants, in Cangrande's liver and feces samples.

That's Cangrande's body above, so he was in pretty good shape for a guy nearly 700 years dead, and the pathologists who did this study seem reputable. So I take the results seriously. 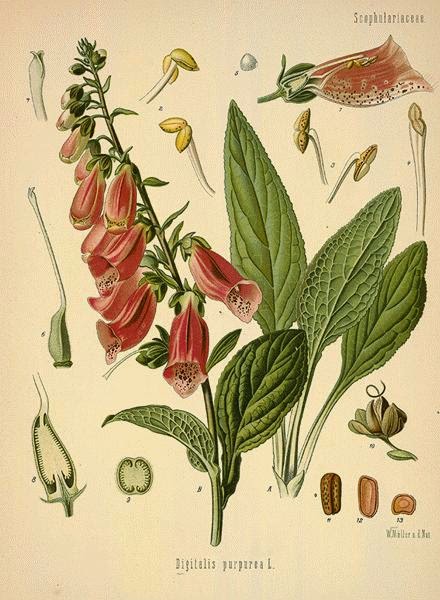 Foxglove is a deadly poison, and medieval people knew this. But high concentrations of digitoxin don't necessarily prove that Cangrande was poisoned. The presence of chamomile in his system suggests that somebody was trying to treat his digestive illness, since chamomile was part of many medieval remedies. So was foxglove. That something was poisonous did not keep medieval people from using it in medicine; in fact the notion was widespread that the most powerful medicines were also the most dangerous:


The Foxglove was employed by the old herbalists for various purposes in medicine. . . . it seems to have been in frequent use in cases in which the practitioners of the present day would consider it highly dangerous.

When a man was very sick, on the point of death, a medieval doctor might well reach for a "remedy" that was likely to finish the patient for good, on the theory that only the strongest medicines could have any effect in such a case.

So it seems to me that the results of Cangrande's autopsy leave open two possibilities: murder, and malpractice.
Posted by John at 12:02 PM