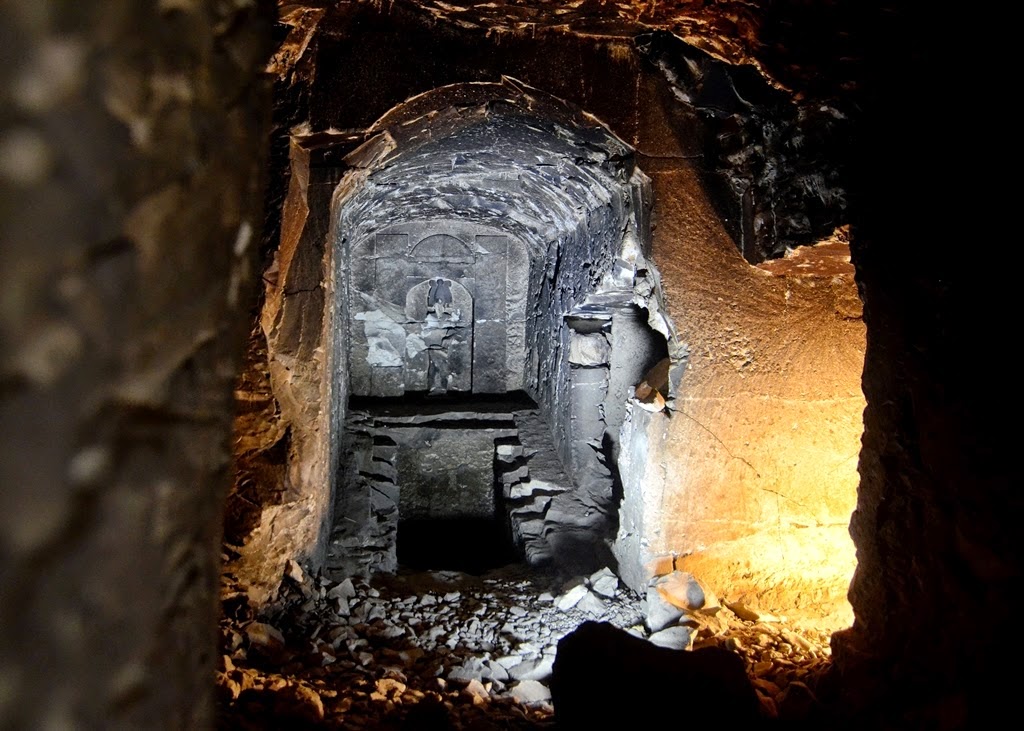 Italian archaeologists exploring an Egyptian tomb dating to around 1200 BCE have realized that it is modeled on the Tomb of Osiris described in Egyptian myths. The tomb, known as Kampp 327, has long been known but never published.


After a transverse hall supported by 5 pillars, a staircase goes down into the bedrock leading to a complex dedicated to the god of the netherworld, Osiris. A statue of Osiris is located in a chapel with a vaulted ceiling in the middle of an intricate structure. In front of the Osiris statue there is a staircase with a shaft cut into it. This shaft goes down for about 9 meters, leading to a room and a second shaft, which is about 6 meters deep, ending in the deepest part of the monument.

The symbolism of Osiris is very evident here, since all the elements recalling the mythical “Osiris tomb” are present: a big staircase of 3,5 meter long with a 4 meter high ceiling at the bottom leading to the Netherworld and another one leading directly to the Osiris statue, which is therefore at a higher level and ideally isolated on “his island”; the Osiris statue itself; the empty corridor surrounding it which symbolizes the channel of water (see Osireion in Abydos); the expected burial chamber below the statue, thus identifying the deceased with Osiris. 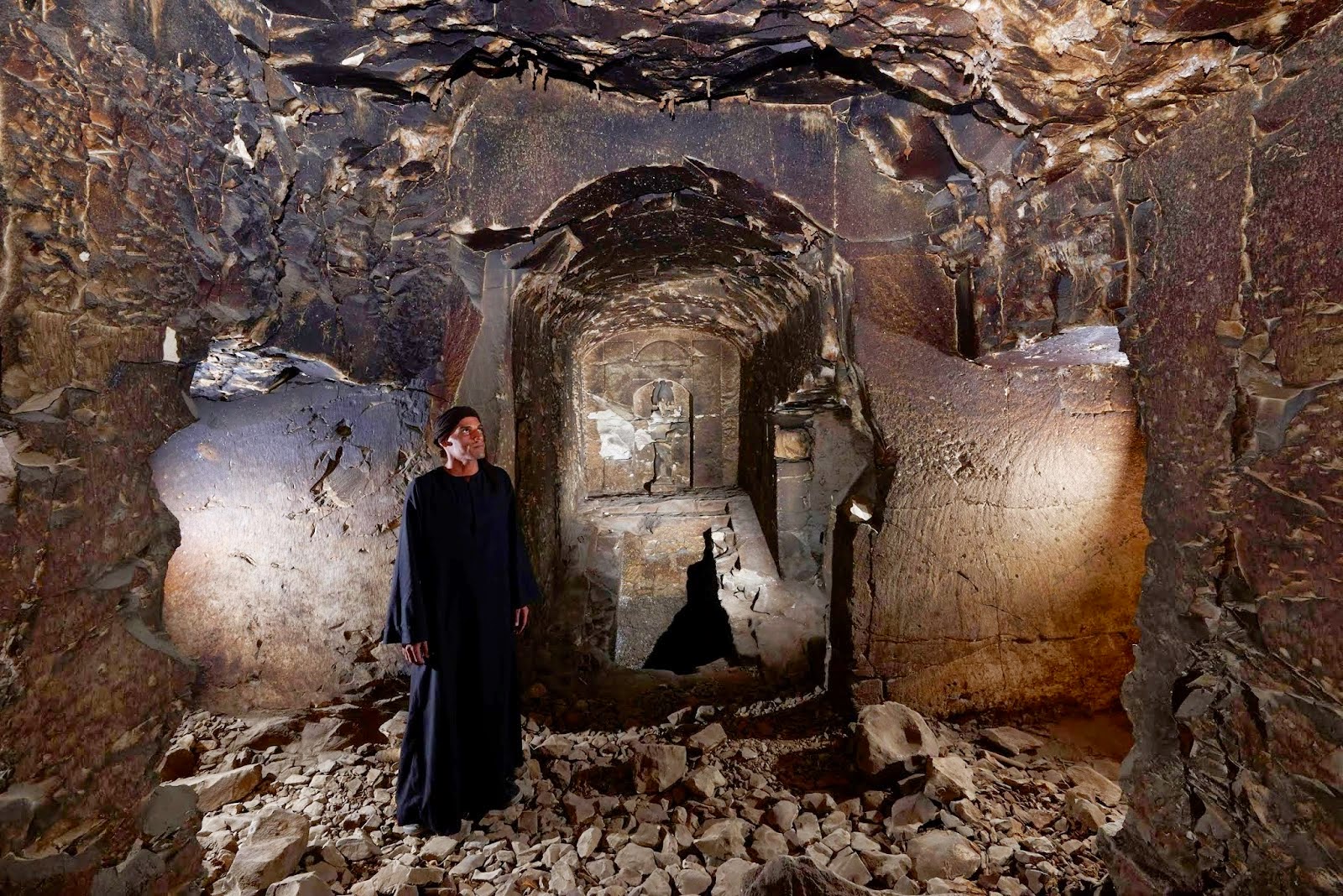 The ancient Egyptians put an astonishing amount of effort into their tombs and associated rituals. This is the most striking thing about their society, and has been the subject of scholarly discussion for 200 years, but I have yet to encounter an explanation for this that makes sense to me. 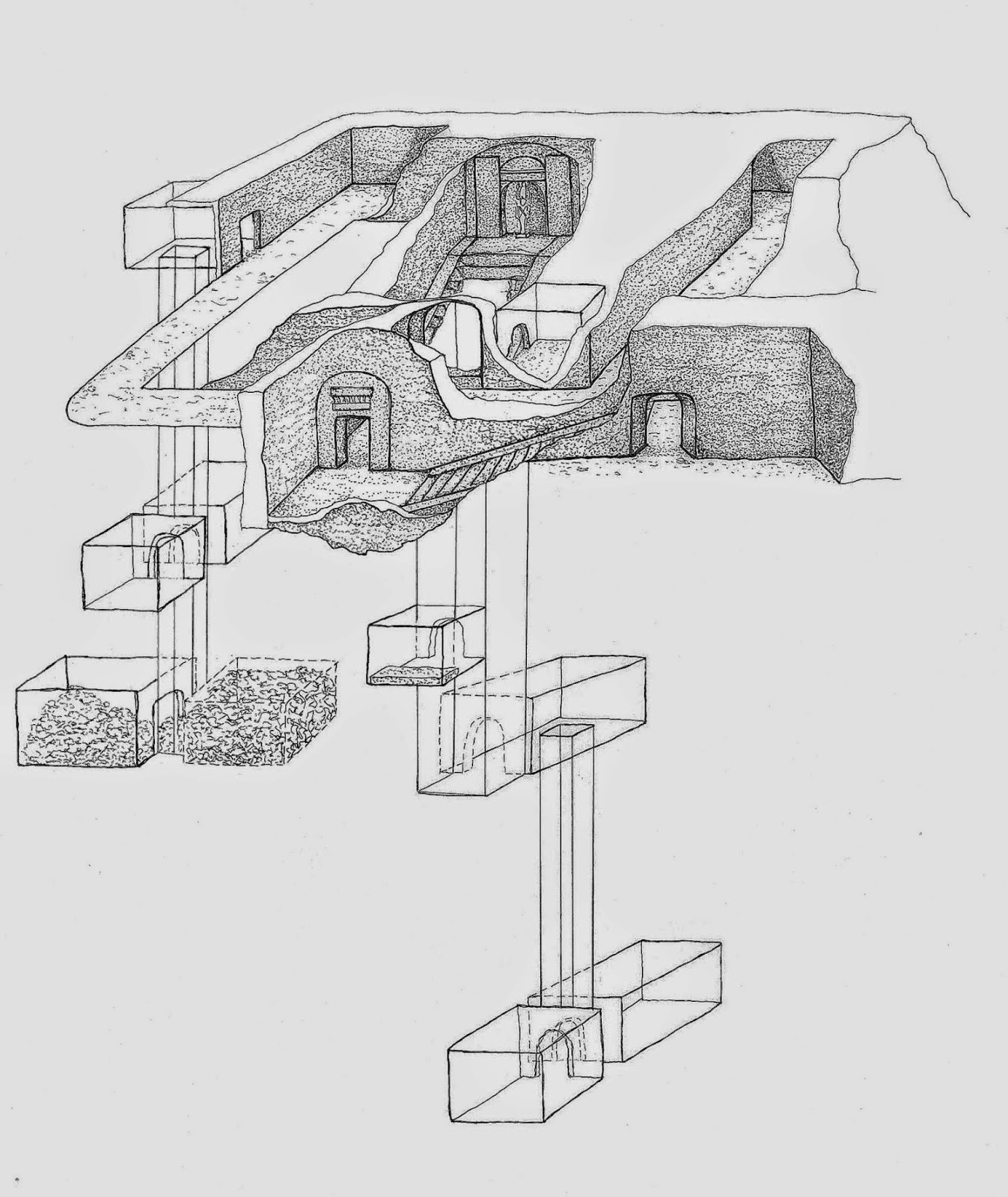 Plan of the tomb. This is my favorite detail, of which I sadly cannot find a picture:


The room on the west side, which was inspected during the present season, is a funerary chamber decorated with reliefs representing chapels with demons and deities holding knives. These figures, running around the walls, were meant to protect and guard the body of the deceased.