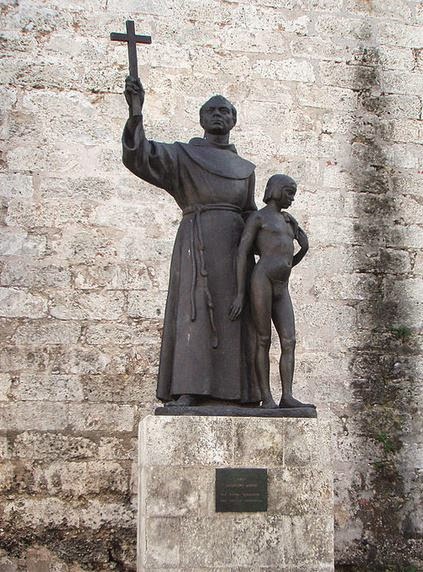 When we think about history, how much bandwidth should we devote to the triumphs of heroes, and how much to the sufferings of victims?

Consider the impending canonization of Father Junipero Serra, the most important founder and leader of the Spanish missions in California. Serra gave up a comfortable job as a theology professor in Spain to preach Christianity to the Indians, and he was successful in converting tens of thousands. For this, and for his generally pious and self-denying reputation, he will soon be made a Catholic saint. But what really went on in those missions?


“Serra did not just bring us Christianity. He imposed it, giving us no choice in the matter. He did incalculable damage to a whole culture,” Deborah Miranda, the author of Bad Indians, said of her ancestors and what she called “the mission mythology.”

“If he is elevated to sainthood,” said Nicole Lim, the executive director of the California Indian Museum and Cultural Center in Santa Rosa, “then he should be held responsible for the brutal and deadly treatment of native people.” Ms. Lim, a Pomo Indian, runs a website for students that she said aimed to correct the misinformation. . . .

From 1769 to 1835, 90,000 Indians were baptized along the West Coast, from San Diego to San Francisco. Once baptized, they were not allowed to leave the missions, and those who did escape were rounded up by soldiers and returned.

The Indians were forced to shed their languages, dress, religion, food and marriage customs. Thousands died from exposure to European diseases to which they had no immunity. Of the approximately 310,000 Indians in 1769 in what is now California, only one-sixth remained a hundred years later. 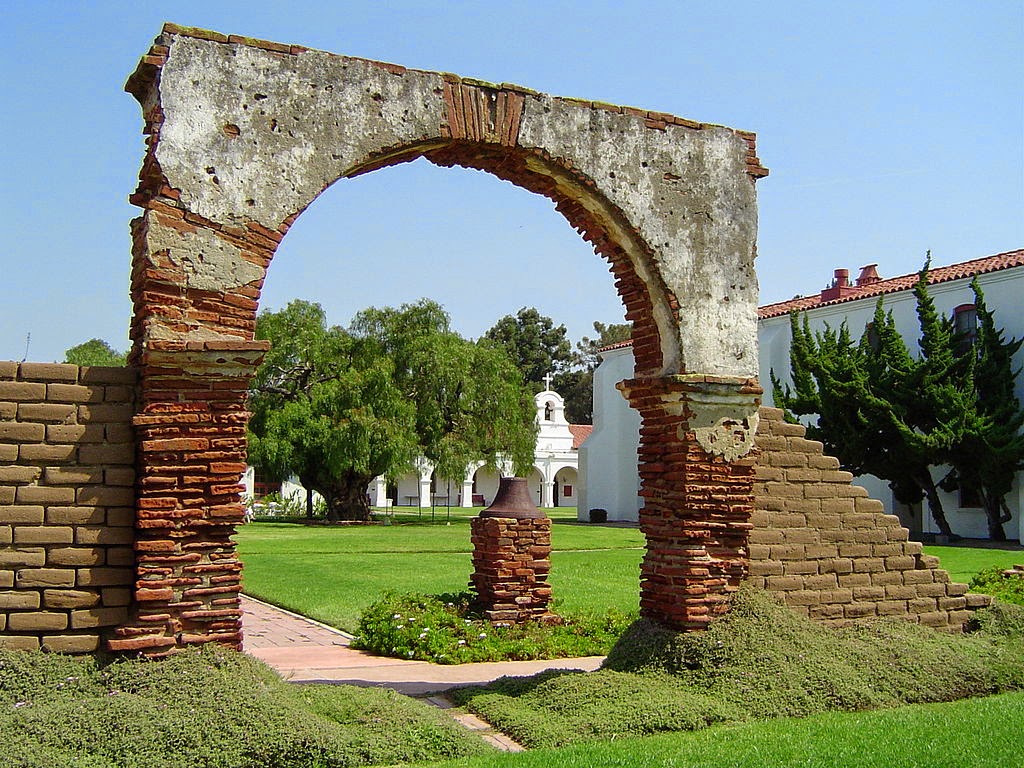 For an alternative view of mission life, just remember what you saw in The Mission, which depicts the Jesuit missions of Paraguay as blissful islands of peace protecting Indians from both native wars and colonial oppression. No doubt the reality was somewhere in between, or perhaps both oppression and protection and a lot of other things, too. A realist might look at it like this:


Archbishop Salvatore J. Cordileone of San Francisco, who credited Father Serra with bringing “Christianity to this part of the world,” said he understood why Indians were upset, acknowledging the whippings and coercive environment. But missionaries also taught school and farming, he said.

Which makes a certain amount of sense to me, but on the other hand would you make the architect of such a brutal compromise a saint? I would never hold any European responsible for the massive deaths of Indians from European diseases, which they did not understand and which would have happened in any case as ships got better and trade became more regular. But when a European sets about organizing Indians into little totalitarian states with the goal of protecting them from murder or enslavement by other European, that strikes me as more of a protection racket than a saintly act. 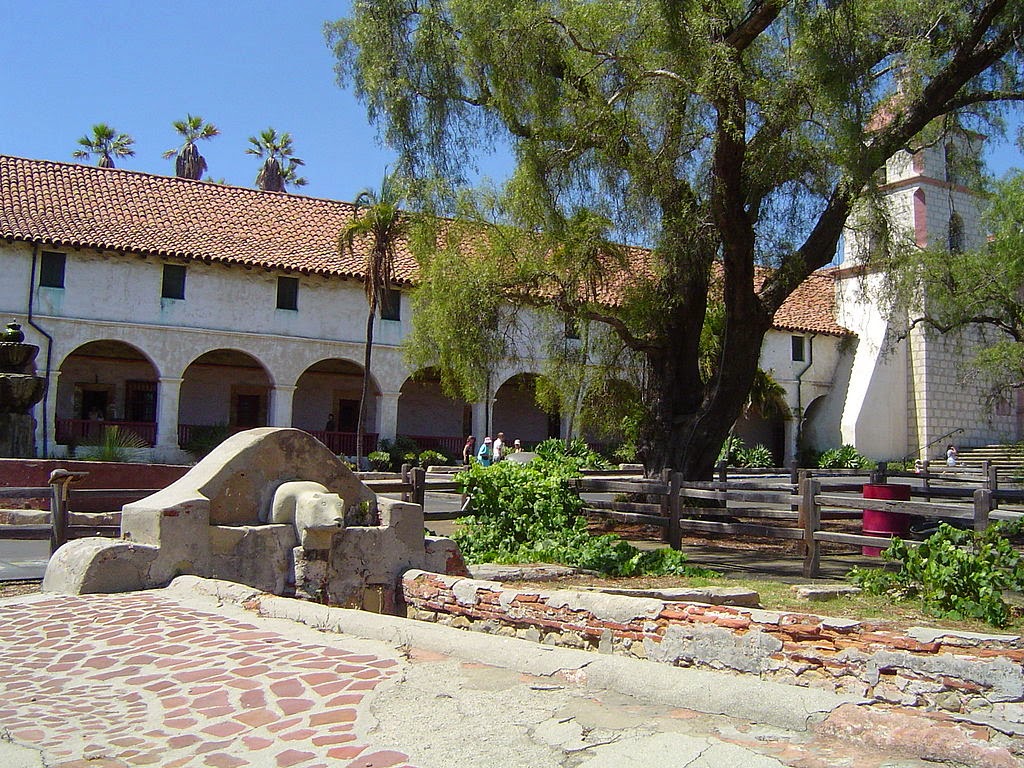 What should we remember about such events, and --- the real point of contention -- what should we teach our children? Should we make room in our hearts for people seen at the time as heroes or saints, even if they fail to meet our own standards of morality? Or is the whole point of having moral standards that you apply them to everyone in all ages? Should the heroes of our textbooks be only people who would seem upright and just in our own age? Such a standard would exclude not only almost all the settlers of America but most of the famous Indian leaders as well, since Tecumseh, Sitting Bull and so on were all terribly sexist and given to great cruelty in certain situations. Can we praise Roosevelt for the New Deal without pointing out that to get the votes of southern Democrats he had to write segregation into the programs? We have lately been trying to find heroes in history with whom every child can identify, so that, for example, histories of the American west now often mention the black cavalrymen known as Buffalo Soldiers. But is that, from the Indian perspective, just the celebration of another bunch of oppressors?

Should we make any room for things that were just amazing, whether or not they could be considered good? We seem in this moralistic age to argue a great deal over whether Columbus was a murderer, which strikes me as a minor side issue; like it or not, his voyages changed the world as profoundly as any single act ever has. I enjoy teaching about the Vikings, because they are weird and exciting, and fortunately nobody has ever insisted that I give equal time to their victims.

I never know what to think about these questions. I personally see history mainly as a fascinating, beautiful tragedy -- after all, everybody ends up dead, and what makes it interesting is the amazing things they did along the way. I dislike it when people use what I consider bad history in contemporary politics, viz., worshiping Confederate heroes as a way of opposing civil rights and the welfare state. Otherwise I have trouble understanding why people get so outraged about things that happened centuries ago. I don't think anybody in the Catholic church is talking up Father Serra as a way to attack Indians or take what's left of their land, so I can't see getting worked up about his canonization. If Indians interested in their traditional cultures don't like him, they don't have to pray to him. Human history is vast beyond anything we can absorb or understand, and there is plenty in it for everybody.
Posted by John at 8:12 AM