Samuel de Champlain and the Question of Leadership 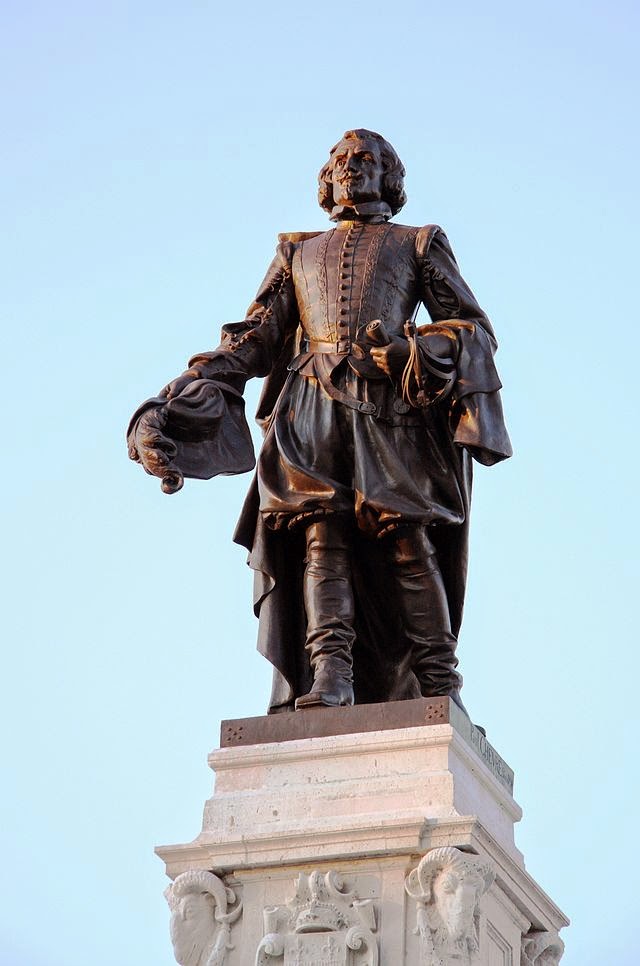 I've just finished reading Champlain's Dream (2008), David Hackett Fischer's excellent biography of Samuel de Champlain (1574-1635). It's long (531 pages) and lingers over events that didn't need extended treatment, but if you have the time it's well worth it. It's a traditional great man sort of biography, but it draws on all sorts of new scholarship, especially about the Indians Champlain knew in America, so it tells the story differently than it was told in the past. It is meticulously researched but interesting enough to keep me awake on weary train rides home. I find all the early colonial encounters between Europeans and Indians fascinating, and I think Fischer did a great job with Champlain's North American Odyssey.

A book like this always sets me wondering about things; I imagine what things looked like, what they felt like, how they worked, how they must have seemed to people 400 years ago. One of the things Fischer's book put on my mind is leadership. If anyone was a "born leader of men," it was Samuel de Champlain. He founded a successful colony on a distant shore, overcoming obstacles at sea, on land, and in the French courts; led men through battles, storms, long wilderness treks, and hungry winters. How did he achieve so much, and earn the loyalty of so many people? 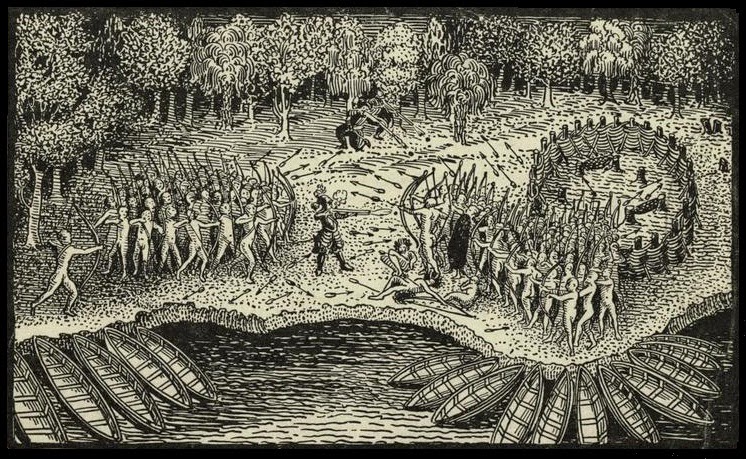 He had, first of all, extraordinary energy; on this score it is perhaps enough to mention that he crossed the Atlantic 27 times. As an adult he was hardly ever sick -- his story brings home to me again that the most essential attribute for any successful explorer is an iron constitution. He was very brave and remained calm in terrifying situations such as bloody battles and tense confrontations with Cardinal Richelieu. He had a vision, of a New France where French and Indians lived together and helped each other, and he never wavered from it. He held firm to his purpose through years of trials and frustrations, and only at the very end of his life did he achieve his great design. These are, I suppose, the attributes we conventionally attribute to great leaders.

Thinking about Champlain in particular, I am struck by his remarkable combination of fixed principles and tolerant flexibility. Although he held fast to his great design for New France, he changed tacks several times about the means to achieve it. He was a devout Catholic, but this never kept him from dealing respectfully with Protestants or Indians. Among the tasks he had to undertake as governor was mediating the many disputes that broke out between the largely Protestant French sailors and the Catholic settlers and officials charged with enforcing royal edicts against Protestantism in New France. Champlain did this masterfully; as a mediator he had an amazing record of success. No European colonist ever got along better with Indians than Champlain, many of whom came to consider him both a vital ally and a personal friend. He was an astute observer of their cultures and had a keen grasp of their vital political and economic interests, which he always tried to respect. He participated readily in their feasts. Many Europeans lost patience with powwows that went on for days, but Champlain adapted readily to Indian politics, spending weeks negotiating with Indians and listening to their day-long speeches, if that was necessary to achieve his ends. Yet he in no way "went native." He always acted and dressed as a Frenchman, and he always put the king's interests in the center of his plans. He was neither a bigot nor a backwoodsman, but a highly "civilized" European who always acted toward Indians according to the best precepts of his civilization. In the long history of negotiations between Europeans and Indians only a handful of men manged to be highly respected by both sides, and of them Champlain was the most important.

I am struck by another thought: that Champlain was a successful leader partly because he exactly fulfilled the expectations of his own age for what a leader ought to be. He played his role perfectly as his society defined it.

Champlain behaved with what that age called Honor. He was always mindful of his reputation and those of his patrons and his king. He showed bravery in battle, courtesy at court, piety in church. He was educated enough to converse with humanist intellectuals but no so learned as to seem strange in a man of action. He was a man of hierarchy in a hierarchical society, respectful of his superiors without fawning, affable with his followers but never overly familiar. When major decisions had to be made in the early days of New France, Champlain would summon all the Frenchmen he could find together to discuss the matter. He would listen respectfully to everyone but then he would announce his own decision and expect that everyone would obey.

One of the characteristics singled out by his contemporaries was his rigid honesty, his determination to always keep his word. In some societies this would have marked him as a bit of a fool, but in seventeenth-century France it earned him only respect. It was also a huge help in dealing with Indians, whose great complaint about white men was and still is that they never keep their promises. Champlain, they found, was a man of his word.

In the achievements of someone like Champlain I see a person, a culture, and a moment coming together. He served perfectly as the point man for France in the New World because in his efforts the right technology, the right attitudes, the right institutional support, and the right sort of leader all came together.
Posted by John at 8:15 AM

Beautiful, fascinating review. It would be interesting to compare Champlain with William Berkeley in Virginia. Both were leaders who, with tremendous persistence, shaped a colonial society according to their vision. Berkeley's vision, of course, was infinitely less attractive to modern eyes than Champlain's. Interesting to me that both came from bitterly divided societies.

I get the impression that in much of medieval and early modern Europe, the question of whether holding to one's word made one a fool or a hero depended on circumstances and outcome. A peasant who insisted on keeping his word in a quarrel of great lords might simply be seen as a stubborn fool, and impertinent--but if he kept his word to other peasants, he would be honorable. To take an analogous situation: If you are strong, and you surprise your enemy and then wait while they don their armor, you are a magnificent hero. If you are a weakling and you let them don their armor, you are a fool, probably a dead fool.

Indeed many Europeans admitted that only the rich could afford Honor, which for them was a good argument for aristocracy.