Into the Mystery Crater 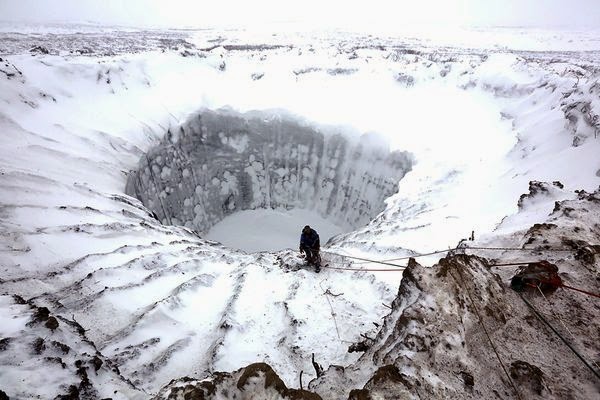 In late November Russian explorers descended into the mysterious crater that appeared last summer in the frozen wastes of the Yamal Peninsula. The expedition leader told the Siberian Times that they waited for winter so that the cold would stabilize the crater and make entry safe. They were looking for evidence as to what caused the crater form, with the working theory that it resulted from the melting of methane hydrates because of warming in the Arctic. 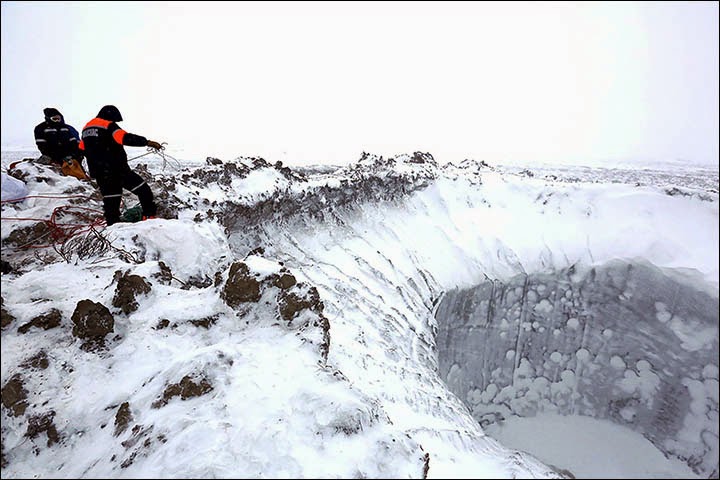 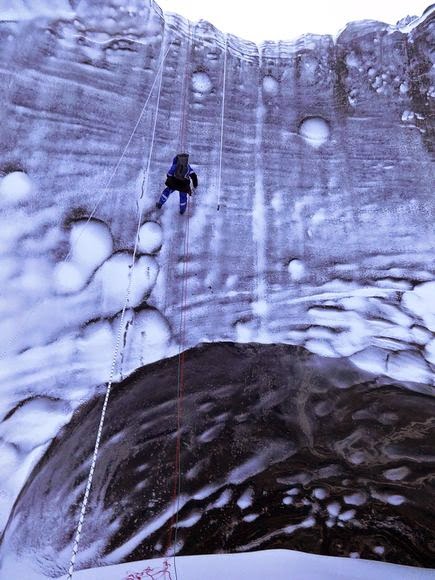 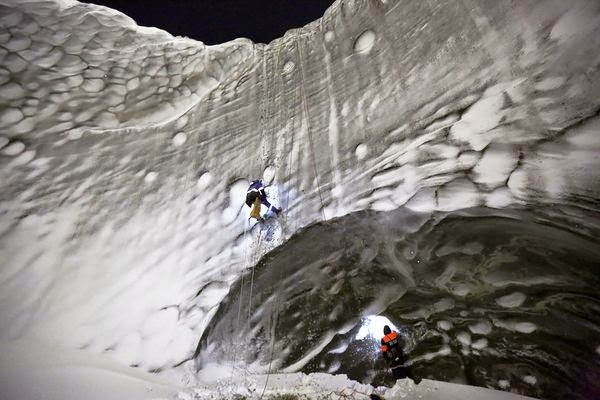