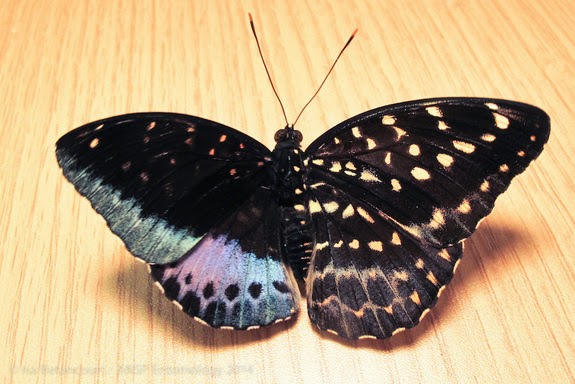 
A butterfly expert later confirmed that the remarkable insect was a Common Archduke butterfly (Lexias pardalis) with a rare condition called gynandromorphy, which means outwardly having both male and female characteristics. (This is distinct from hermaphroditism, in which an organism has both male and female reproductive organs, but has external characteristics of one gender.)

The condition is most commonly noticed in birds and butterflies, whose two sexes can have very different coloration, Weintraub said. It can occur when the sex chromosomes fail to separate during cell division in early development, a process known as nondisjunction. As a result of this failure, some of the animal's cells have a female genotype, and others have a male genotype, giving rise to an animal with both male and female characteristics.