Heroes of the Steppes: Y Chromosome Lineages and Human Migration 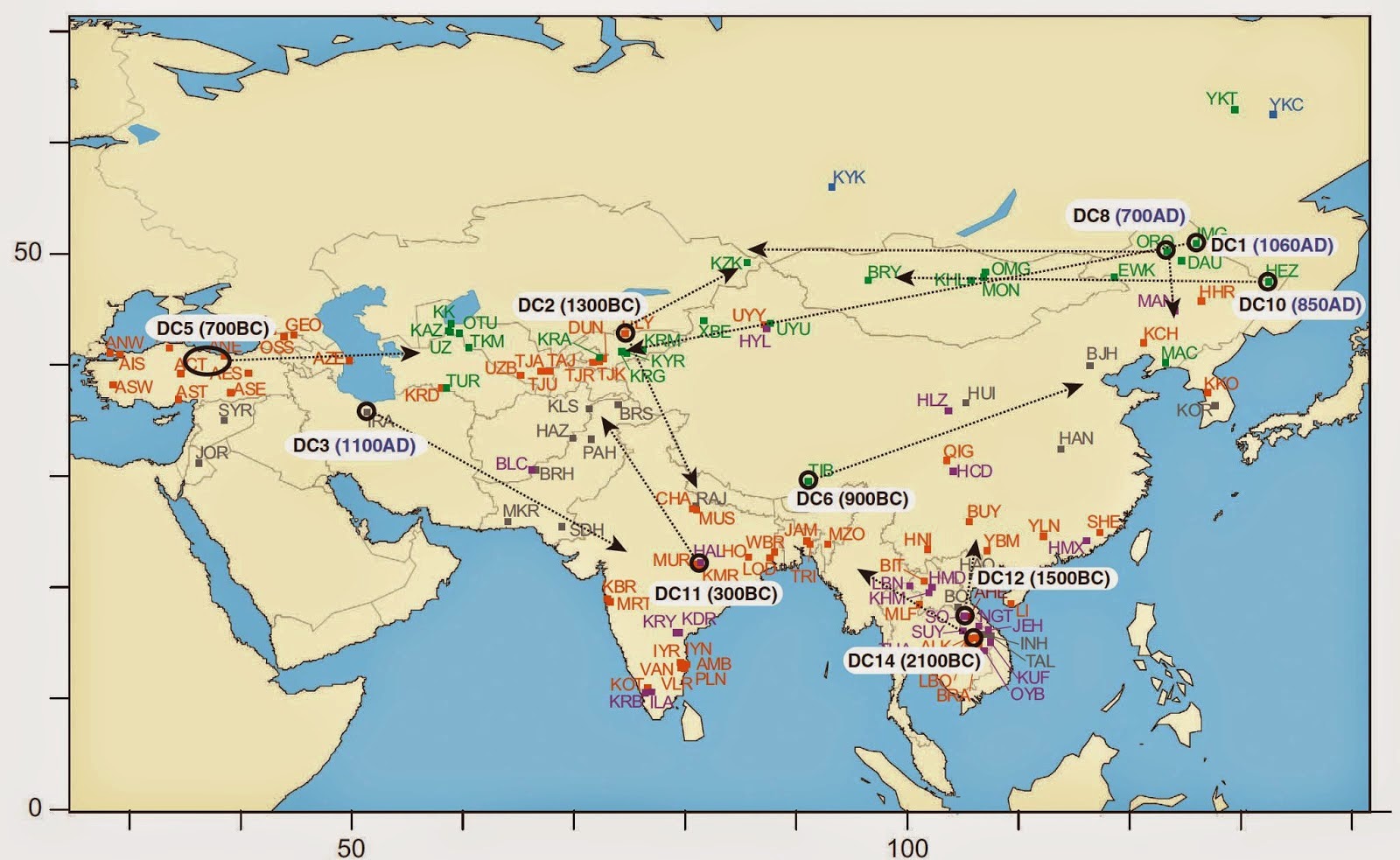 You have probably heard about attempts to trace widespread, distinctive Y chromosome types back to single famous men, such as Genghis Khan. A team of European geneticists have put their computers to work on several thousand Y chromosomes from across Asia and they have identified 11 such "Y chromosome descent clusters," that is, groups of related men who may trace back to a single male ancestor. They estimate the date of the founder's life based on the number of random mutations that have crept in since. I thought it was interesting that they date the founder of the putative Genghis Khan lineage (DC1) to 1060 AD, which would make the founder Genghis Khan's great-grandfather. 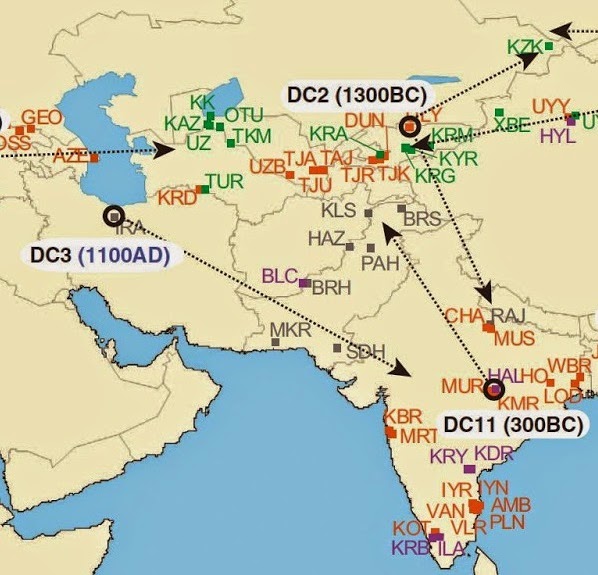 The most interesting find is lineage DC2, which is spread across Kazakhstan and down into northern India, and which they date to 1300 BC. If that is right, it is hard to see it as anything less than the lineage of Indo-European invaders, perhaps the very royal family of the first great Sanskrit kings. And note that they think they can distinguish this earlier wave from the medieval Muslim invaders represented by DC3.

These techniques are new and I still take the results with a grain of salt. But this stuff is getting better all the time, and within a decade or two we should have real maps of human migrations, approximately dated, across the entire globe.
Posted by John at 7:01 AM