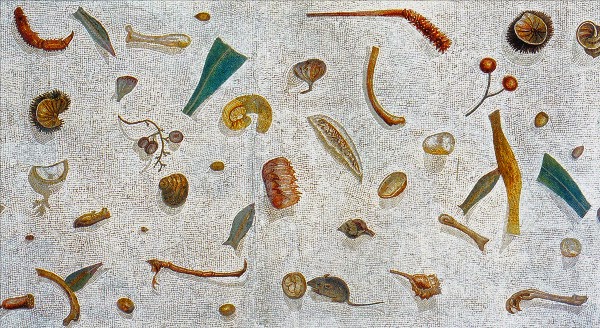 You're probably tired of my complaining about the way professors always frame their research as an attack on some past stodgy orthodoxy. But I am beyond tired of professors doing this, so I intend to keep complaining. Here is the latest in classical archaeology:


University of Cincinnati archaeologists are turning up discoveries in the famed Roman city of Pompeii that are wiping out the historic perceptions of how the Romans dined, with the rich enjoying delicacies such as flamingos and the poor scrounging for soup or gruel.

Got that? Were you aware of this "historic perception" that ordinary Romans scrounged for soup or gruel? Me neither. I have a stack of mass audience picture books about Roman life, including three about Pompeii, and I do not recall finding this view anywhere. If anything our common idea of Roman life probably exaggerates its refinement, since cities like Pompeii and Rome figure more prominently than peasant villages. And as for the scholarly world, well, here is something I put on this blog three years ago:


Dormice, sea urchins and fresh figs were among the delicacies enjoyed by ordinary Romans, British archaeologists have revealed after discovering a giant septic tank at one of the ancient cities destroyed by the eruption of Mt Vesuvius.

That was Herculaneum; so is it really a great discovery that the diet a few miles down the road at Pompeii was much the same?


University of Cincinnati archaeologists have spent more than a decade at two city blocks within a non-elite district in the Roman city of Pompeii, which was buried under a volcano in 79 AD. The excavations are uncovering the earlier use of buildings that would have dated back to the 6th century. . . . the excavation is producing a complete archaeological analysis of homes, shops and businesses at a forgotten area inside one of the busiest gates of Pompeii, the Porta Stabia. 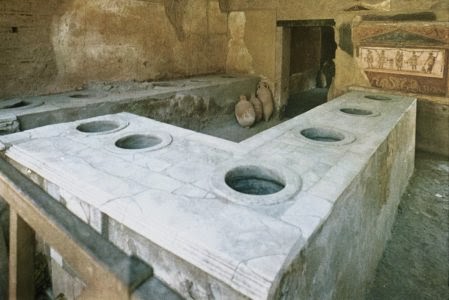 Love that "forgotten area" line -- not only is this research revolutionary, it deals with an area that is "forgotten" even though about a million tourists a year walk through it. The really annoying thing is that the findings of the research are actually quite interesting. The study area included ten building lots, with 20 shop fronts, mostly businesses serving food and drink. Although their foundations all look similar, they turned out to serve different food to (one assumes) different customers. The archaeologists spent a lot of time extracting food remains from the dark corners of underground drains and subjecting them to minute analysis. The common items included  "grains, fruits, nuts, olives, lentils, local fish and chicken eggs, as well as minimal cuts of more expensive meat and salted fish from Spain." (All of which would have been on my own list of things ordinary Romans ate, even before reading of this ground-breaking research.) But one drain revealed a more exotic cuisine, including shellfish, sea urchins, spices from Indonesia, and the butchered leg joint of a giraffe. Excavation director Steven Ellis notes,


That the bone represents the height of exotic food is underscored by the fact that this is thought to be the only giraffe bone ever recorded from an archaeological excavation in Roman Italy. How part of the animal, butchered, came to be a kitchen scrap in a seemingly standard Pompeian restaurant not only speaks to long-distance trade in exotic and wild animals, but also something of the richness, variety and range of a non-elite diet. 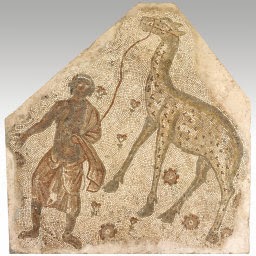 Which strikes me as cool enough that he could have gotten into the newspapers without telling lies about his bold overthrow of some made-up conventional wisdom.
Posted by John at 7:47 AM