The Weapons of Vimose Bog 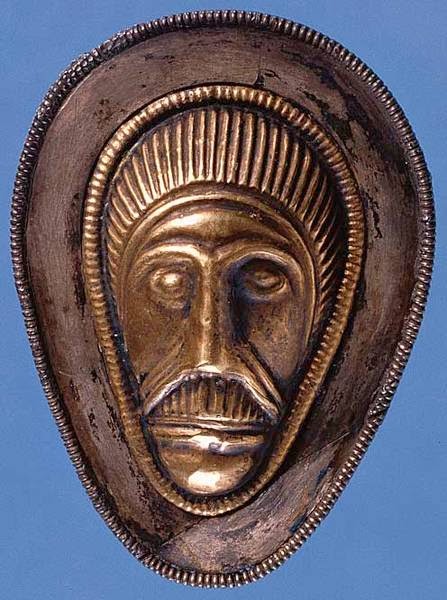 Iron Age Germans had the habit of sacrificing to their gods the weapons they seized from defeated enemies. As the historian Orosius wrote of one such occasion,


The enemy ... destroyed everything that had fallen into their hands in an outrageous and unprecedented ritual of curses; clothes torn and thrown away ... breastplates chopped into pieces ... people were hanged from trees with a cable around their neck, so that nothing fell into the hands of either the victor or the fallen, without either profit or mercy. 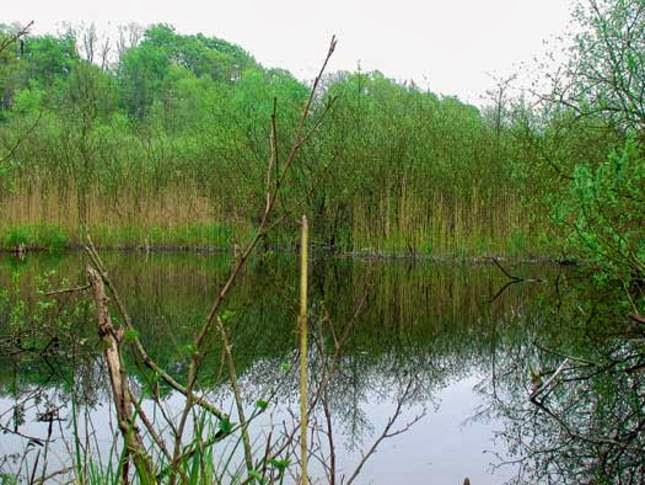 One site of such sacrifices was Vimose Bog in Denmark. On dozens of different occasions between 1 and 700 CE, weapons and other items were wrapped or tied into bundles and deposited in the bog, perhaps while the bodies of their former owners dangled from nearby trees. 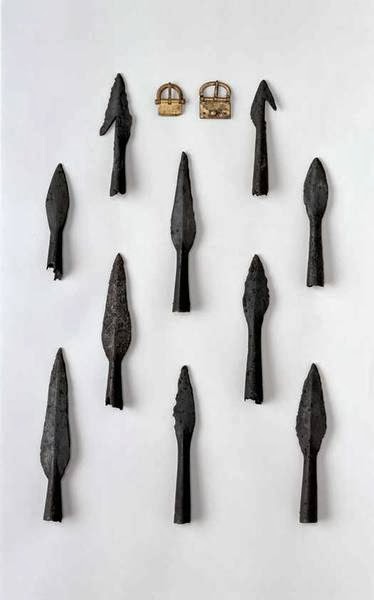 Above is the earliest collection from the bog, dating to early in the 1st century. Spears were always the most common weapon, swords and axes comparatively rare. These were not the remains of great battles between hosts of mail-clad warriors, or of mighty struggles against Roman legions, but the leavings of raids and skirmishes between the bands of rival Danish chieftains. 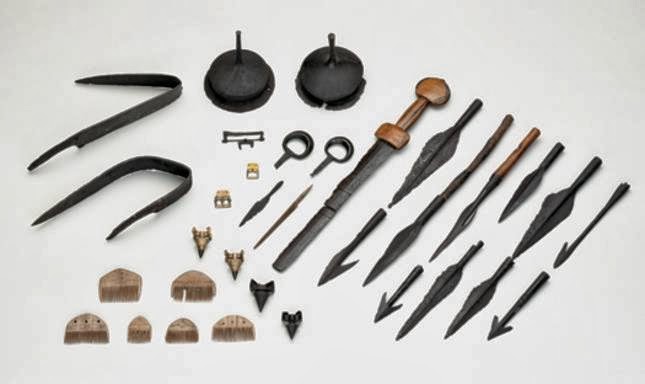 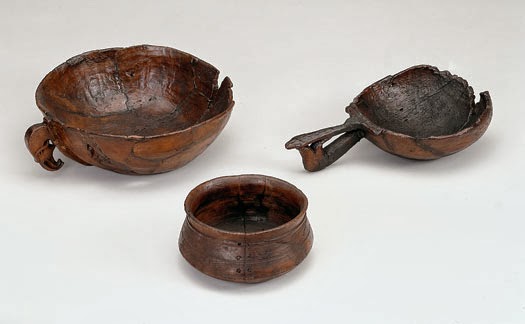 It seems that everything found on the slain or captured soldiers was sacrificed, not just weapons; combs and wooden cups were common. 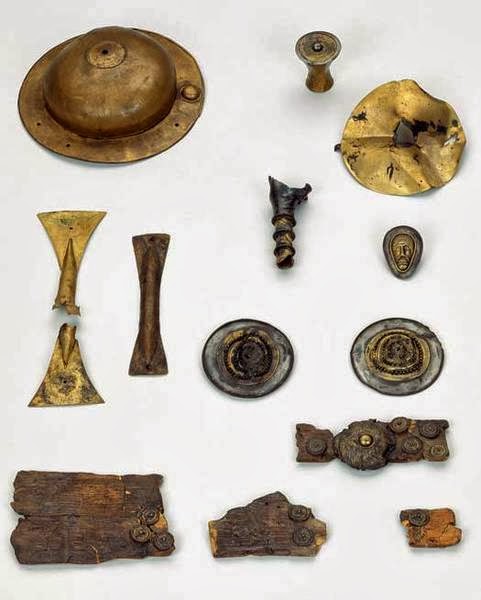 Most of the war gear was quite common, but when an aristocrat was slain, his gold-encrusted weapons went into the bog as well. The bronze object that heads this post once ornamented a shield. 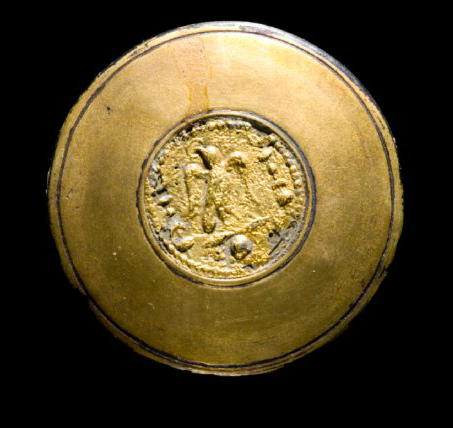 A few items of Roman militaria were found, such as this shield boss. 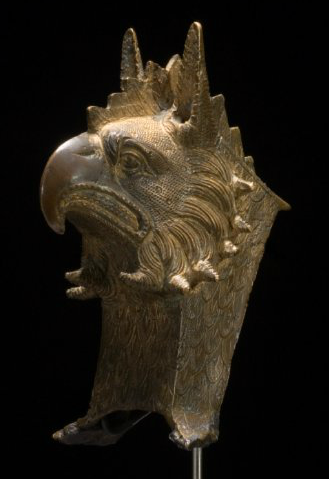 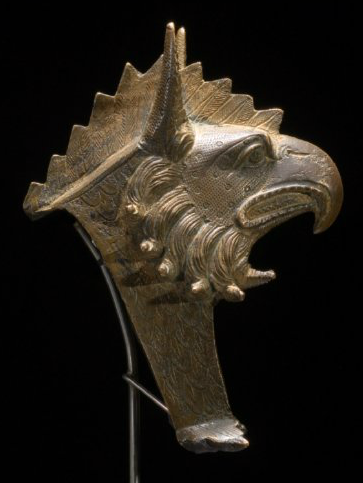 Most striking was this griffin. This may once have adorned a Roman parade helmet, but when found in the bog it was affixed to the top of a wooden pole; some barbarian hero must have broken it from a piece of imperial bric-a-brac and made it his personal standard.

Vimose bog must once have been a place of awe, the site of dark rituals for bloodthirsty gods, where warriors cultivated their own special relationship with the divine powers. Those spearmen knew that but for the gods' favor they would themselves be dead or hanged from trees, and so they willingly gave up what they won in battle is search of that favor.
Posted by John at 7:30 AM