The Lynching of Jack Slade, or, Today's Sidelight on Wild West History 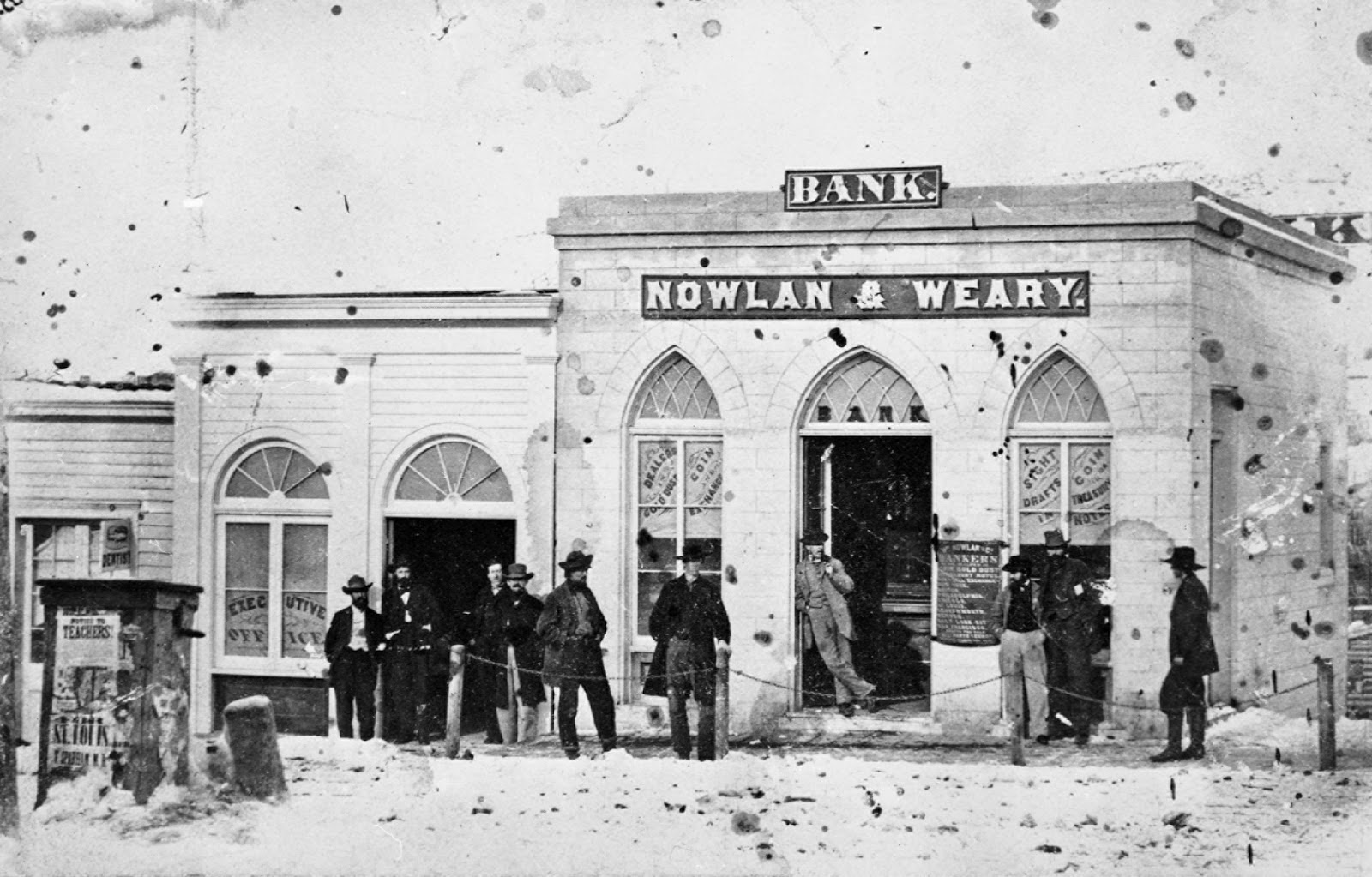 Searching for something unrelated, I stumbled across the fascinating story of Virginia City resident Jack Slade, one of the victims of Montana's "Vigilance Committee."

When gold miners started working the streams of what they called Alder Gulch in 1863, there was no law to speak of in Montana. Disputes among the miners were sometimes settled at "miners' courts," at which both sides would give a speech and all the miners in attendance would vote on the verdict. This worked passably for claim-jumping, but in the fall of 1863 one miner was shot dead. Three men were accused of the killing, but they gave crowd pleasing speeches and all were acquitted.

As towns grew up in Alder Gulch and fortunes in gold were extracted -- $90 million worth between 1863 and 1875 -- something more rigorous was needed. So about two dozen residents of Virginia City formed the Vigilance Committee and let it be known that any more violent crime would be met with rough justice. They began hunting down men they thought were "road agents," members of a gang of highwaymen that had been preying on travelers and remote mining stations. In the first few months of 1864 they hanged 24 men:


As a warning to other criminals, the vigilantes left a scrap of paper on the hanged corpses with the cryptic numbers "3-7-77." The meaning of the numbers is unclear, though some claim it referred to the dimensions of a grave: 3 feet wide, 7 feet long, 77 inches deep. 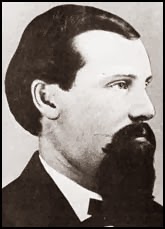 Actually graves were traditionally 72 inches deep, but whatever.

The vigilantes' most controversial victim was Henry Plummer, sheriff of Bannack, Montana. Plummer led a fascinating wild west life, going to California with the gold rush, killing a man in a duel over a woman but getting a pardon from the governor of California because the other guy had it coming, killing an escaped fugitive during a murky arrest attempt, getting paid good wages to guard gold convoys by private interests while he was also serving as sheriff, and so on. When the vigilantes asked the low-level bandits they caught who was head of their gang, they said "Henry Plummer." People at the time and ever since have believed or disbelieved this according to how they feel about Plummer and the vigilantes. At any rate, the vigilantes ambushed Plummer when he came back to town from one of his convoy escorts and killed him.


Slade stood out even among the many rabble-rousers who inhabited the wild frontier-mining town of Virginia City, Montana. When he was sober, townspeople liked and respected Slade, though there were unconfirmed rumors he had once been a thief and murderer. When drunk, however, Slade had a habit of firing his guns in bars and making idle threats. Though Slade's rowdiness did not injure anyone, Virginia City leaders anxious to create a more peaceable community began to lose patience. They began giving more weight to the claims that he was a potentially dangerous man. . . .  Finally fed up with his drunken rampages and wild threats, on this day in 1864 (October 10) a group of vigilantes took Slade into custody and told him he would be hanged. Slade, who had committed no serious crime in Virginia City, pleaded for his life, or at least a chance to say goodbye to his beloved wife. Before Slade's wife arrived, the vigilantes hanged him.

Not long after the questionable execution of Slade, legitimate courts and prisons began to function in Virginia City. Though sporadic vigilante "justice" continued until 1867, it increasingly attracted public concern. In March 1867, miners in one Montana mining district posted a notice in the local newspaper that they would hang five vigilantes for every one man hanged by vigilantes. Thereafter, vigilante action faded away.

And there you have the problem with vigilante justice: it easily becomes an intoxicating habit, and the men who do it all too often become little tyrants violently intolerant of troublemakers and dissidents.
Posted by John at 7:37 AM