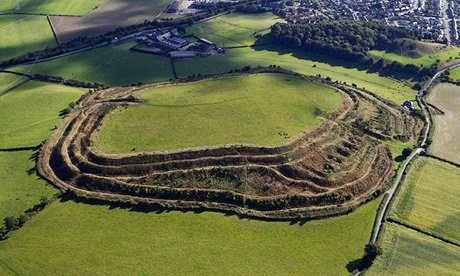 Old Oswestry is a large Iron Age hillfort in Shropshire, England, near the border with Wales. The fort has been in the news lately for two reasons: because of plans to build houses within sight of the fort, and because a remarkable artifact was discovered near the fort's main entrance.

The fort was constructed in the early Iron Age, perhaps around 600 BCE. At first it had a double earthwork, but not long before the Romans arrived two more ditches and banks were added. The interior has never been systematically excavated, but the characteristic marks left by Iron Age round houses are visible. (Reconstruction by Ivan Lapper for English Heritage.)

Around the main entrance the earthworks folded to create these strange boxes, of unknown function. 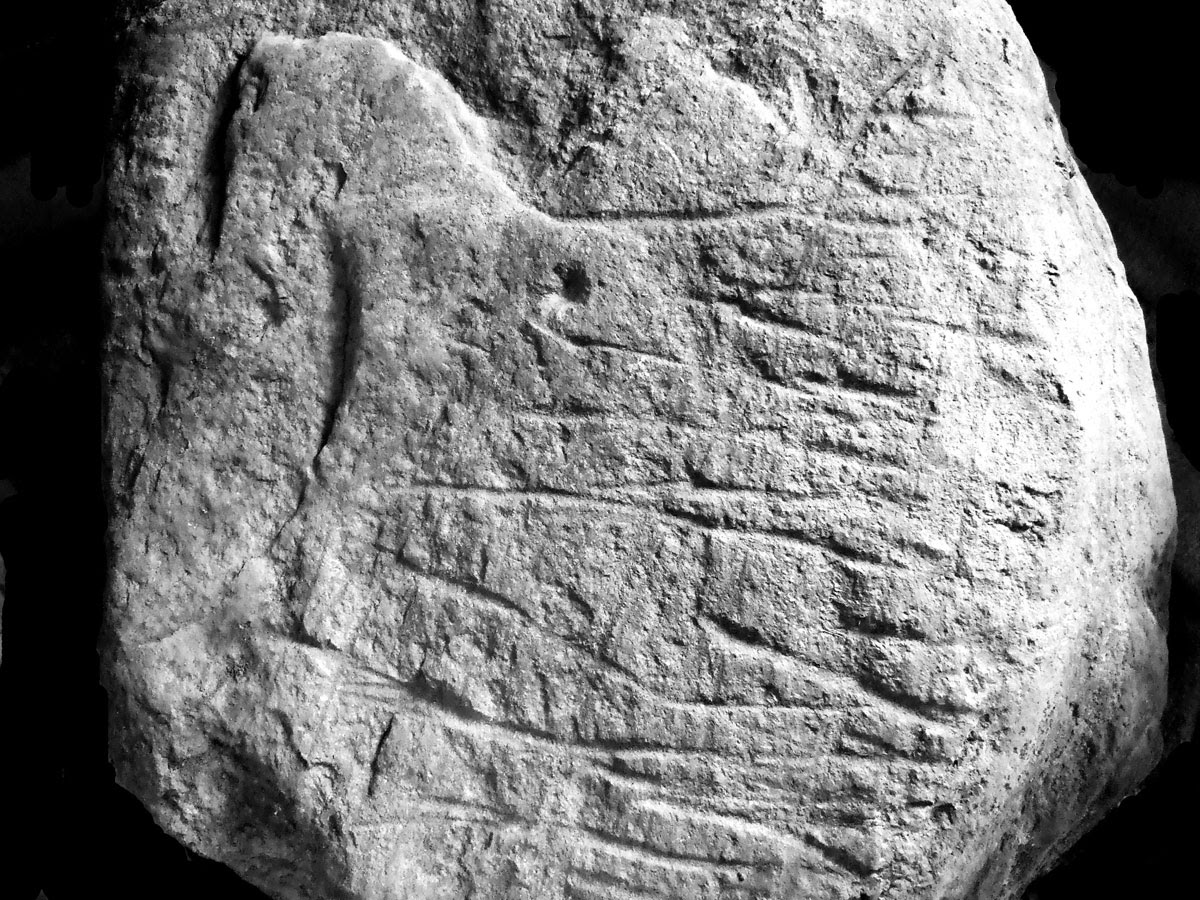 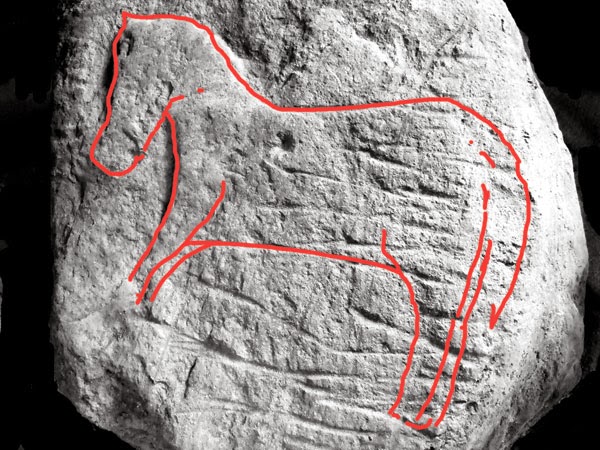 This is the new artifact, found in a hedge just outside the fort's entrance. The scratches, mainly from plowing, nearly erased the image of a horse. They call this the "Old Oswestry Pegasus," which seems a little grandiose to me, but then they are in the midst of a preservation battle so you have to cut them some slack for grandiosity. Certainly is a cool thing.
Posted by John at 10:18 AM