Helmets and Shields of the Renaissance 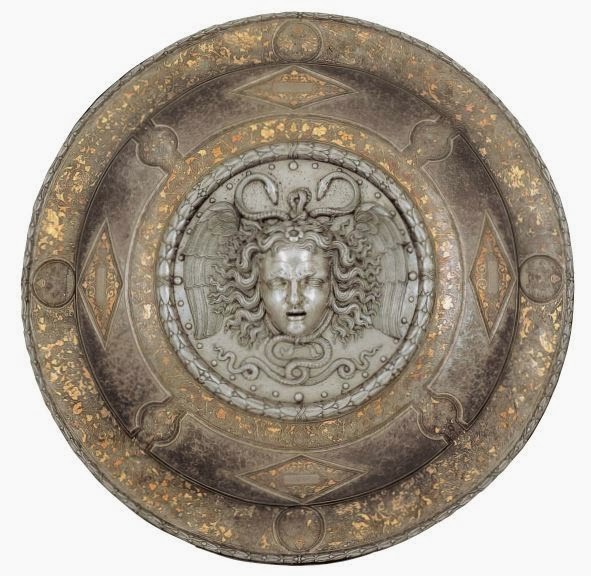 Say what you want about Renaissance princes, they had lovely toys. Medusa shield of Charles V. 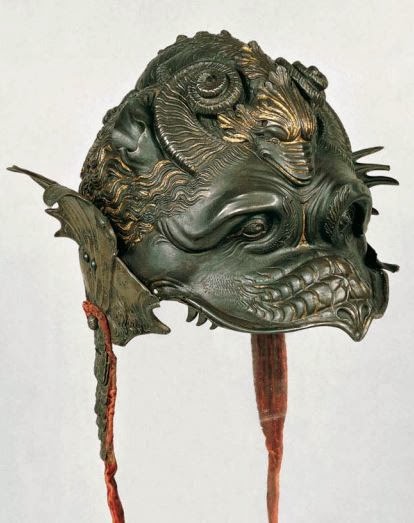 Burgonet of Guidobaldo II della Rovere, made in Milan around 1533. 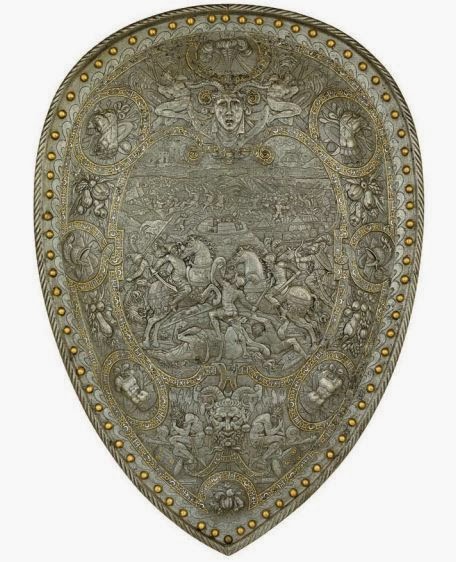 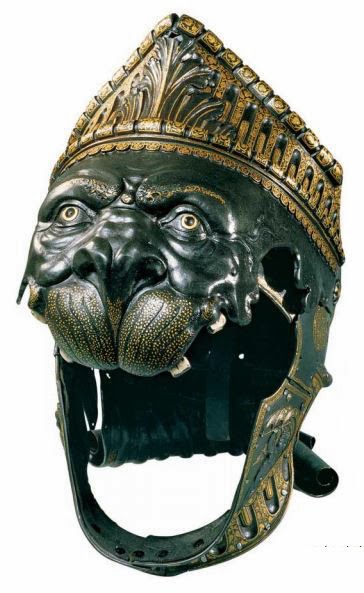 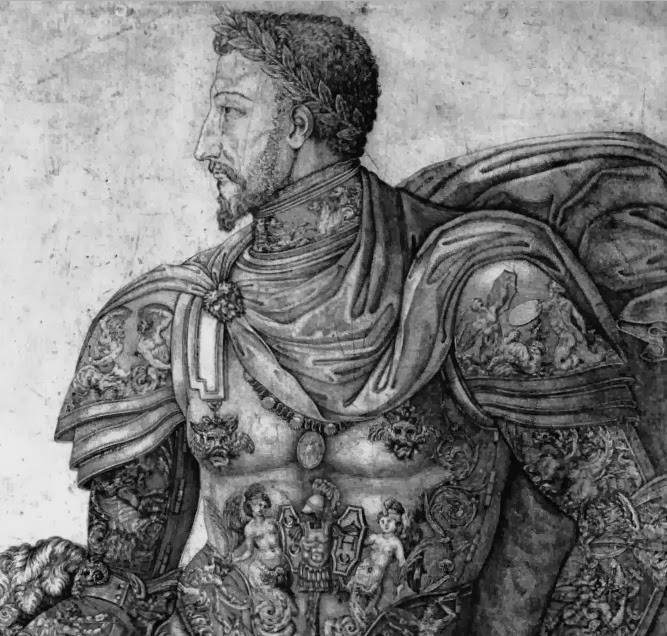 Engraved portrait of Henry II of France at the Age of 28 by Niccolo della Casa, 1547; sadly, that lovely suit of armor does not survive. 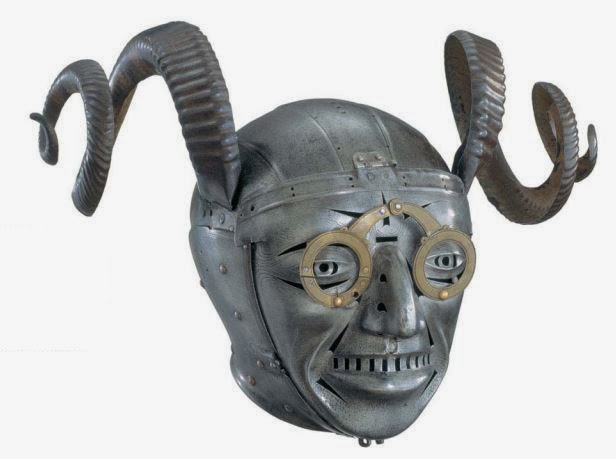 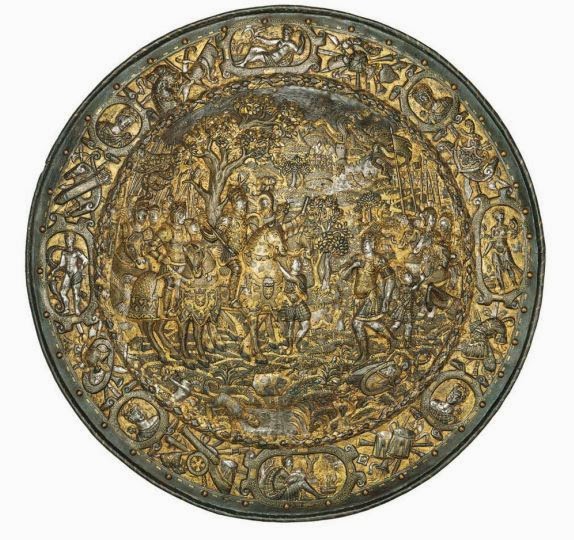 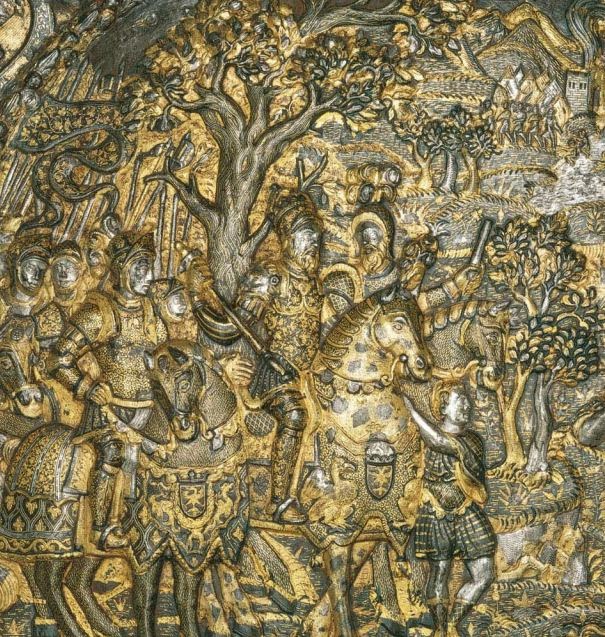 Parade shield depicting Emperor Charles the V at the Battle of Mühlberg, made in Milan around 1570. 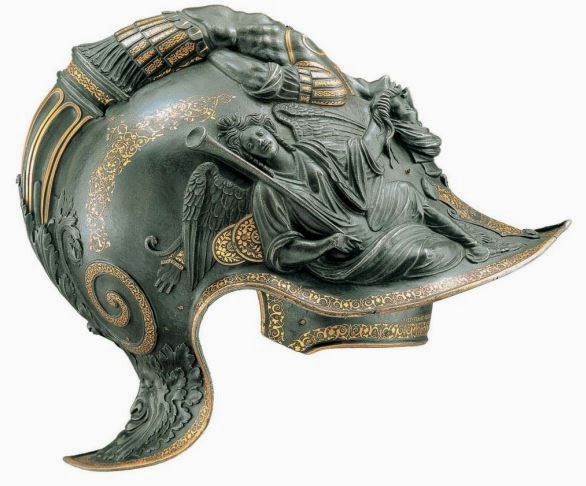 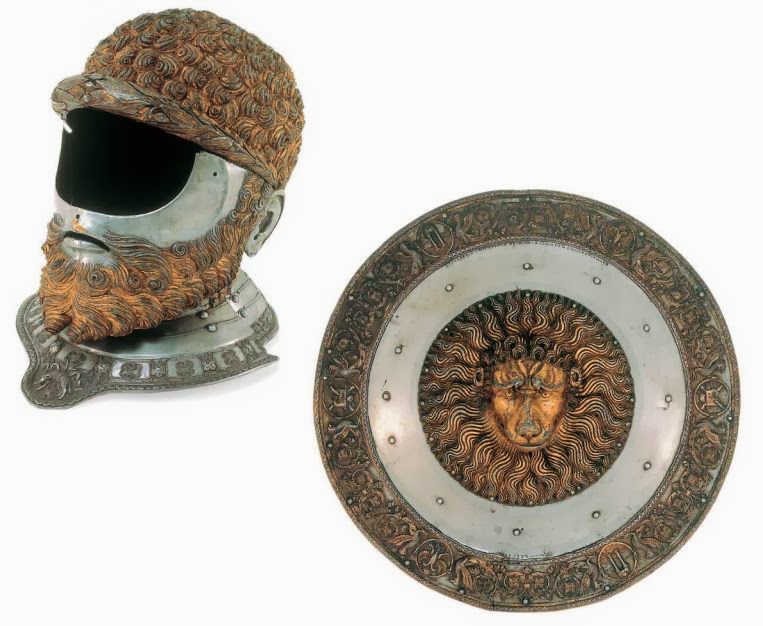 Yet more of Charles V's gear, also made by the Negrolis, this set from 1533. Fox-faced helmet of Emperor Ferdinand I, made at Innsbruck by Hans Seusenhofer and Leonard Meurl, c. 1528.
Posted by John at 8:13 AM