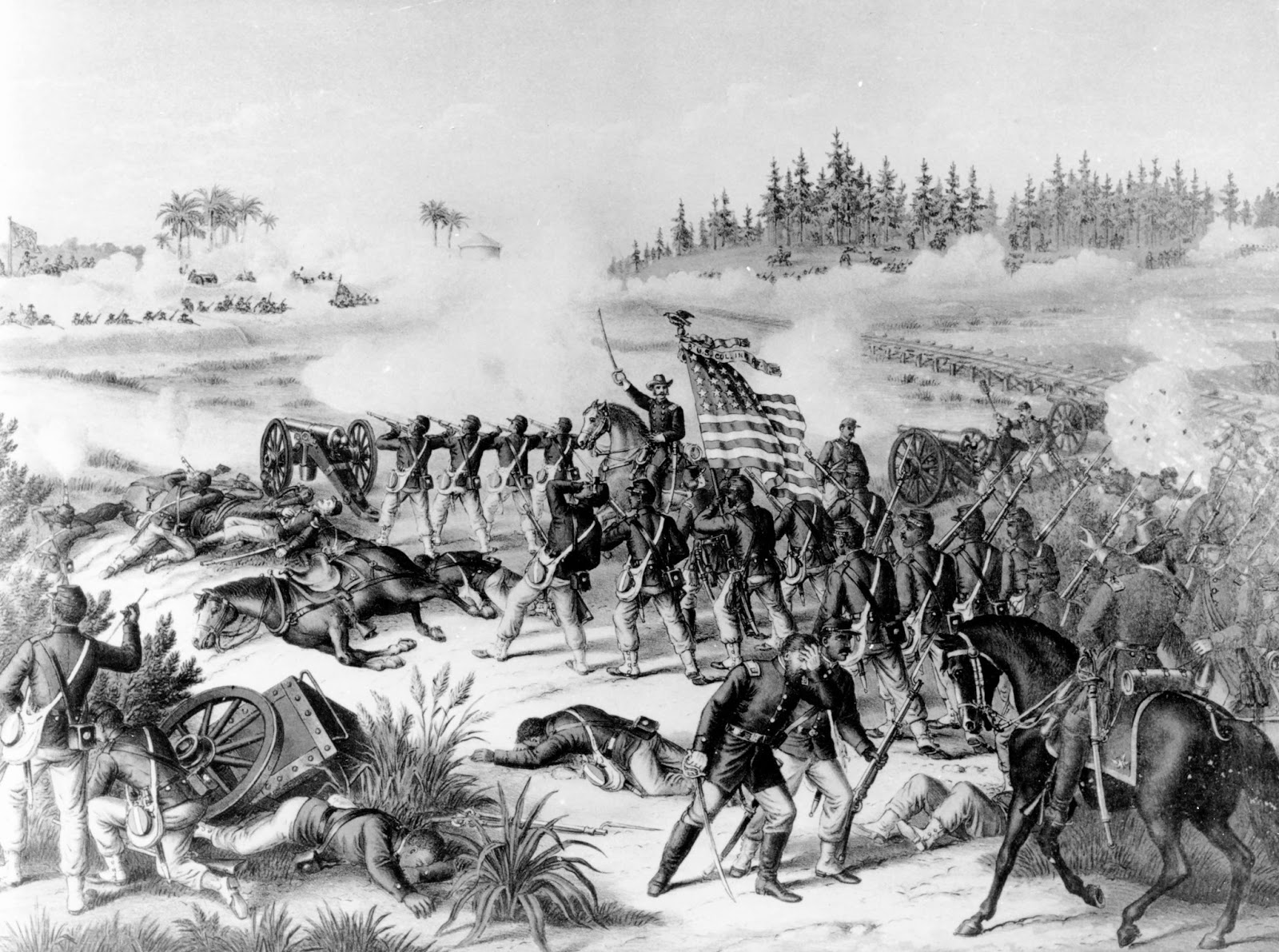 Lizette Alvarez of the Times visits Olustee, where the Sons of Confederate Veterans are up in arms about a plan to place a monument to Union soldiers within a State Park devoted to memorializing the Confederate casualties of the battle:


Last month, opposition to the monument exploded during a state parks workshop in nearby Lake City. Before a crowd packed into a school auditorium, a black advocate for the Confederacy (from out of state) waved a Confederate flag. Confederate supporters rose quickly to their feet and belted out “Dixie.” Speaker after speaker denounced the Union proposal. “There are some, apparently, who consider this to be a lengthy truce and believe that the war is still going on,” said said Charles Custer, 83, whose ancestors fought on both sides of the war and who supports the push for a Union monument.

Alvarez makes an interesting point about why this blow-up happened in Florida rather than in, say, Mississippi:


To descendants of the Confederates in North Florida, the move was perceived to be the latest salvo against this area’s values and traditions. The Civil War may have ended long ago, but in Florida, unlike much of the South, Yankees never stopped marching (or rolling) into the state, lured by milder weather and tax rates. Other newcomers arrived, too, slowly eroding the state’s Southern identity.

This is my general feeling about all such disputes; when people seem to be still fighting about something that happened 150 years ago, the energy really comes from events and issues much closer at hand. I think the neo-Confederate movement is driven by the same sorts of political and identity issues that make southern politics distinctive. Wrapped up with this comes the feeling that rural American is alternatively attacked or ignored by a culture and government rooted in big cities, where people think hunting is murder and farmers are all ignorant rednecks. If small-town southerners really felt like they were part of America, they would not invest so much in their Confederate past.
Posted by John at 8:09 AM