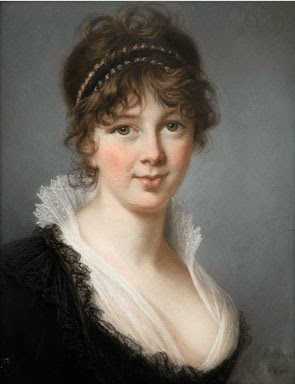 Louise Élisabeth Vigée Le Brun (1755-1842) rose to fame as the court painter of Marie Antoinette, which seemed like a good career move at the time but led to certain problems later. Not least, her identity was so defined by her association with the unserious queen that posterity has had trouble taking her seriously, too. She had talent, yes, but she often put it in the service of the precious and adorable. Consider this Portrait of Lady Perceval (1804) -- it is lovely and full of life, but it hardly seems to belong in the era of Napoleonic grandeur and Byronic brooding.  She would have done better in our unserious age. 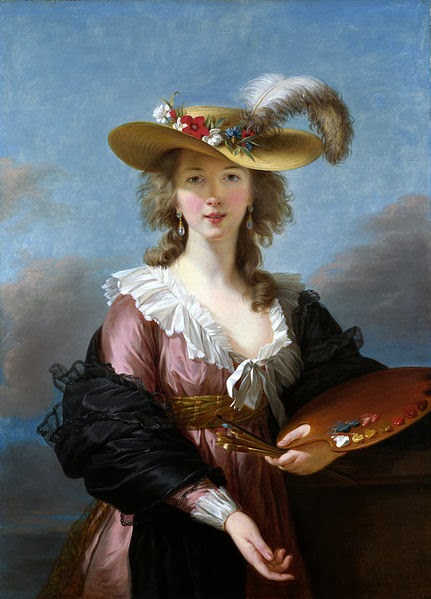 It probably didn't help that she looked like one of her own creations. Self-Portrait in  a Straw Hat, 1782. 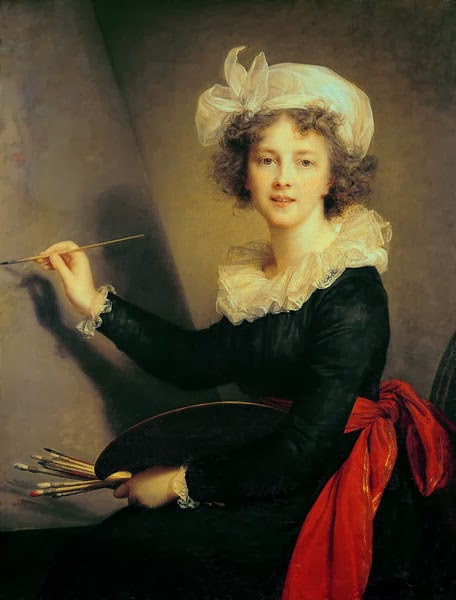 Self portrait, 1790. According to the Getty:


Vigée Le Brun's father, a portrait painter, died when she was twelve, so she taught herself to paint by copying the paintings of established masters in collections around Paris. Later in life, after studying the paintings of Peter Paul Rubens, she adopted his technique of painting layers of brilliant color on wood panels to achieve animated, polished, and supremely attractive portraits of European royalty and aristocracy. 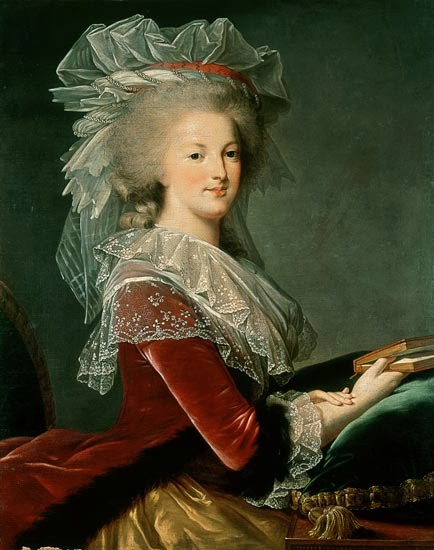 She painted Marie Antoinette and her children no less than 30 times. 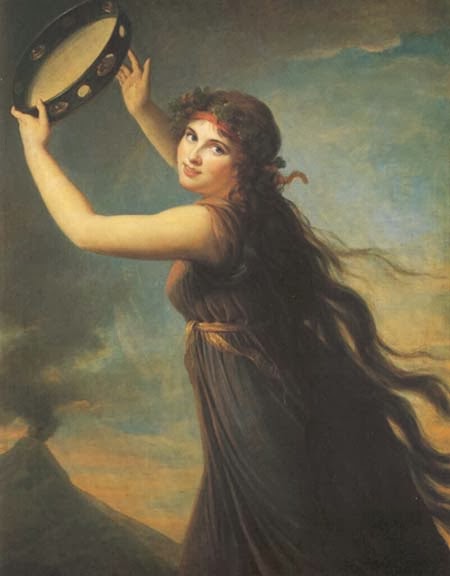 Above, the notorious Lady Hamilton, whose hobbies included seducing admirals and having her portrait painted in the guise of various wicked women from myth and history (1791). 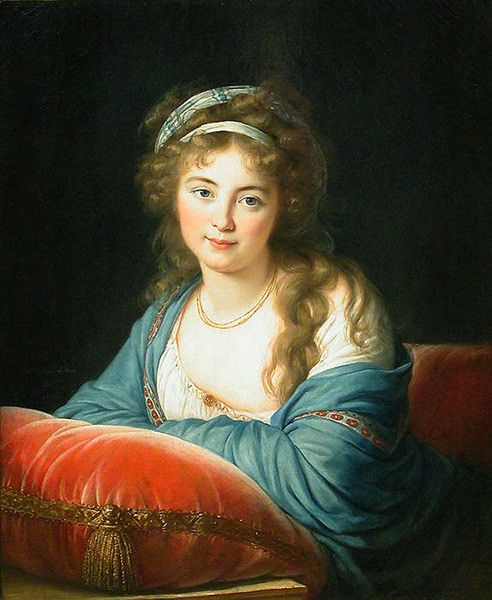 When the Revolution came, Vigée Le Brun fled into exile and became a wandering artist, painting portraits of royalty and nobility across Europe. She went first to Rome and then to Russia, where many leading nobles sat for her -- La comtesse Skavronskaia (1796). The pillow is an intriguing touch. 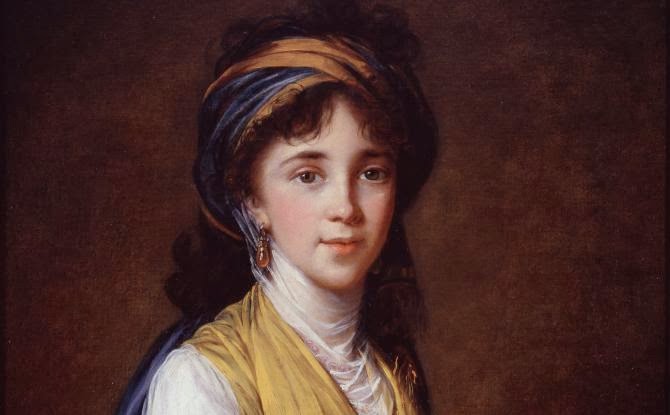 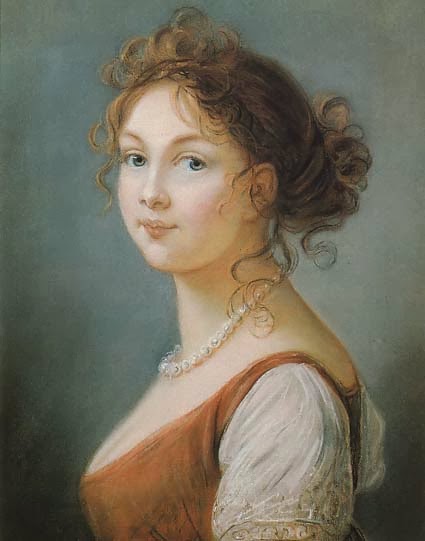 Here is a fascinating historical item: this is no maid, but the Queen of Prussia, Luise of Mecklenburg-Strelitz, wife of Friedrich Wilhelm III (1801). This was the height of Romantic naturalism, when the most stylish women wore their hair down, their dresses loose and their hearts on their sleeves. With huge pearls, so nobody really mistook them for maids. 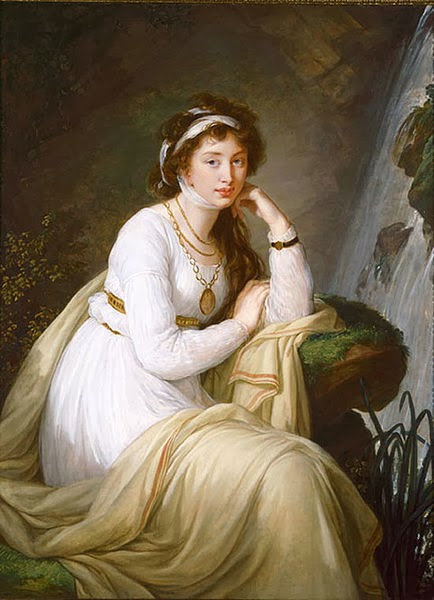 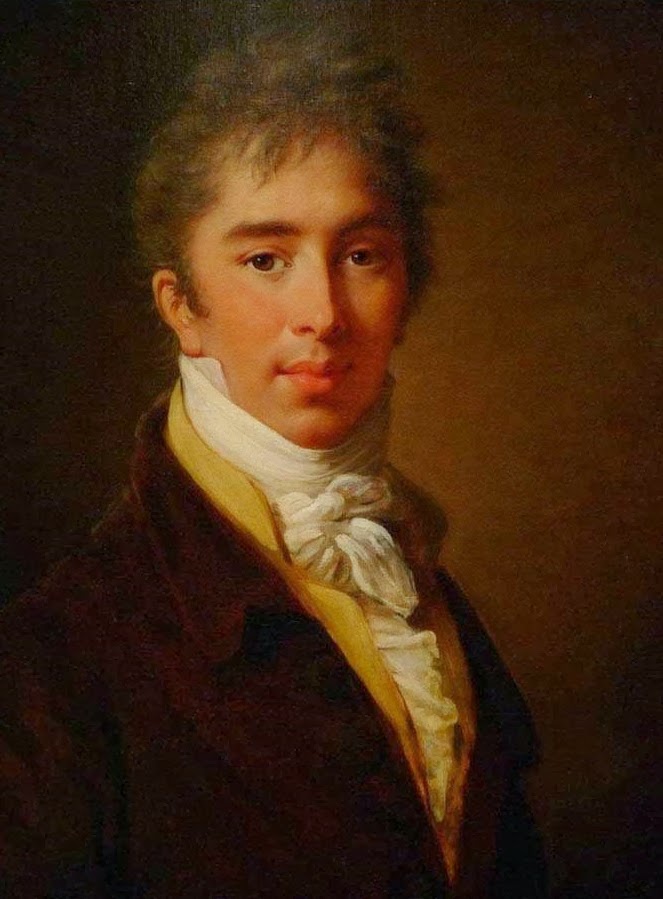 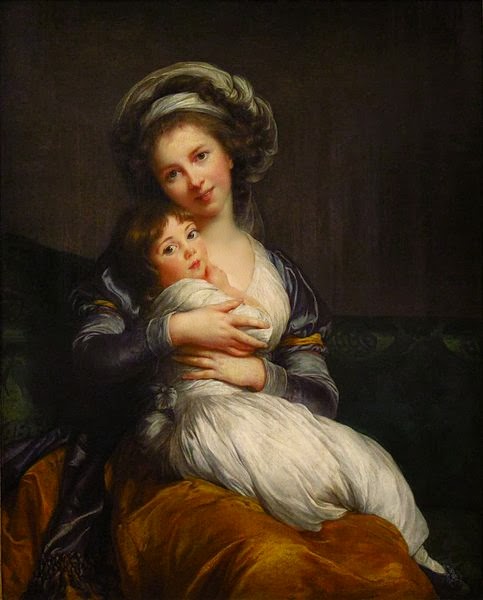 And a self-portrait with her daughter (1786). When she returned to France in 1805, after 13 years of exile, she remarked that "her only true happiness has been in painting."
Posted by John at 7:22 AM