The Lord of Sipán 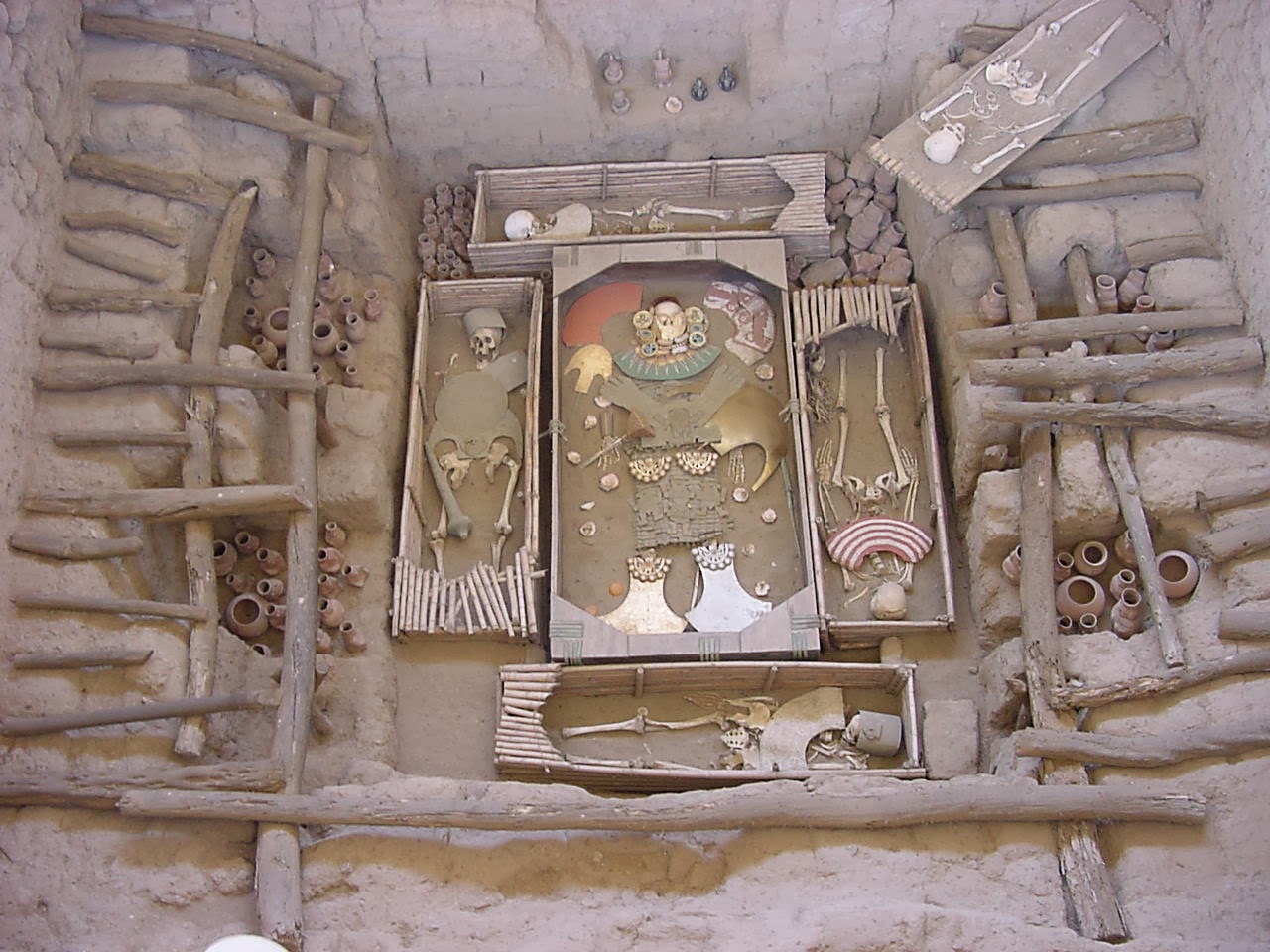 El Senor de Sipán is what we call the occupant of a fabulous Moche tomb uncovered in northern Peru in 1987. The excavations were led by Walter Alva, but the site was actually discovered by tomb robbers. Fortunately for the rest of us, they fell out among themselves and the resulting shootout brought their discovery to the attention of the police, who notified Alva. The tomb is the richest, by quantity of gold, ever found in the Americas; the gold that drove the tomb robbers mad was from just a small subsidiary tomb; they never reached the main tomb, which was undisturbed. Above is the reconstruction you can see at the site now. 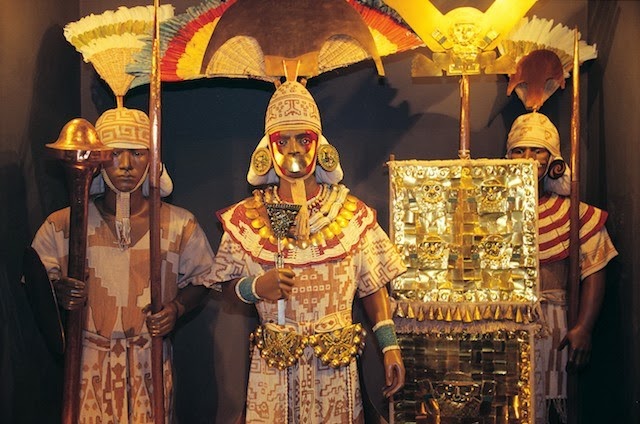 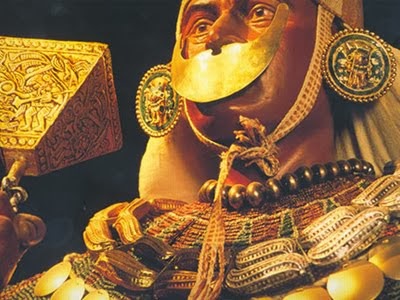 The Lord and his retinue as reconstructed in the nearby museum. The site dates to around 200 CE, rather early in Moche history. El Senor himself was 40 to 50 years old, not tall but powerfully built. 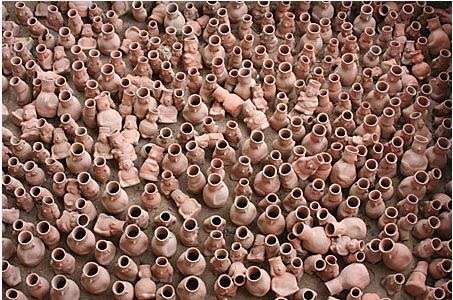 Besides all the gold ornaments the tomb was accompanied by an extraordinary array of offerings; these are just some of pots used to hold food, drink, and other things. 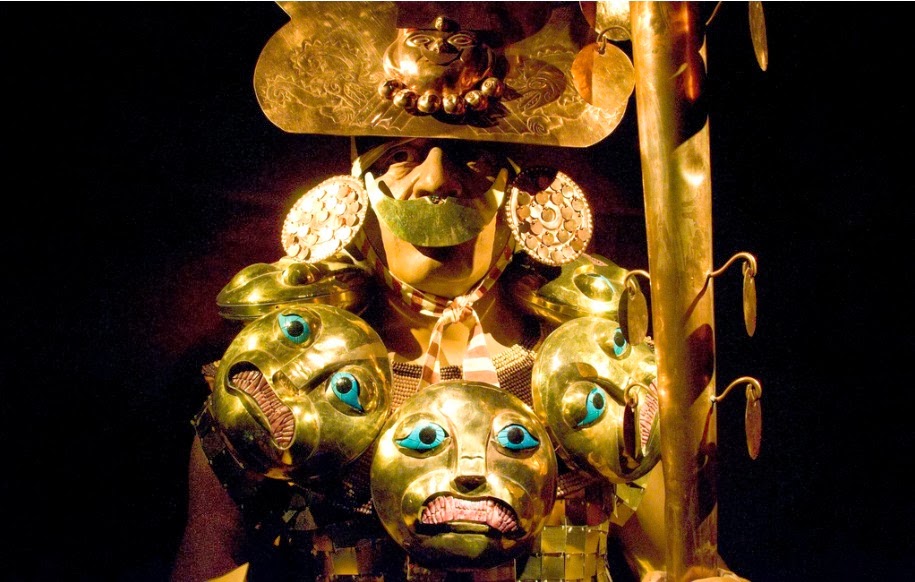 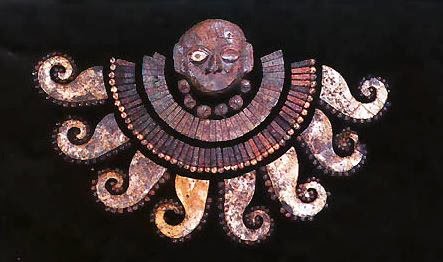 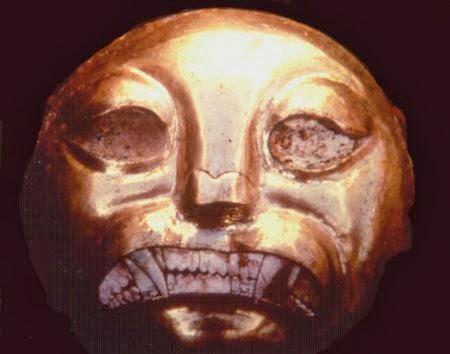 Details of some ornaments. The discovery of the tomb stimulated a wave of archaeological interest in the Moche that has yet to crest. There had been so much looting of tombs in this area, going back to Inca times at least, that archaeologists figured there were no more spectacular finds to be made. The Lord of Sipán proved them wrong, and since then they have made several more amazing finds. 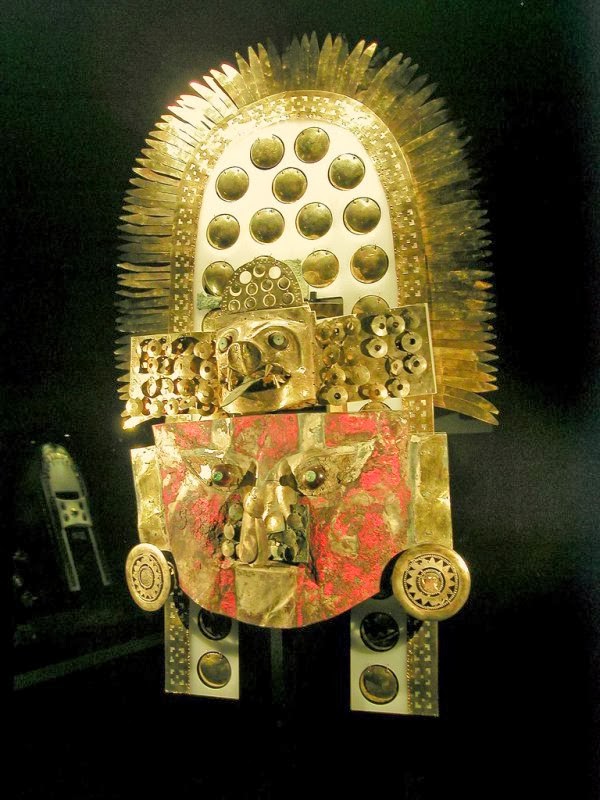 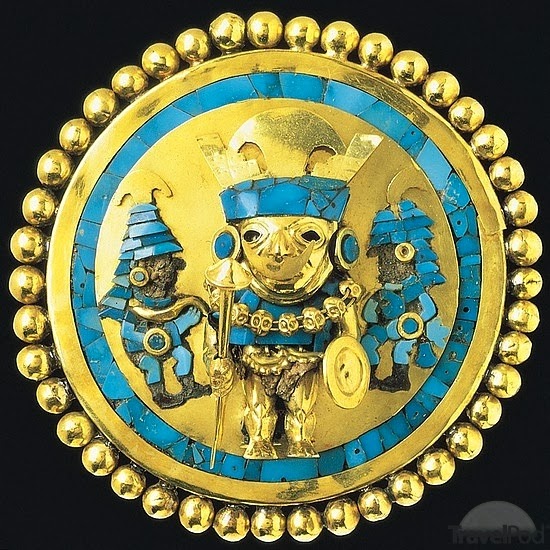 An archaeologist I find the thought of uncovering such treasures as strange as the thought of walking on Mars, so far is this from my experience of digging up the past.
Posted by John at 7:52 PM