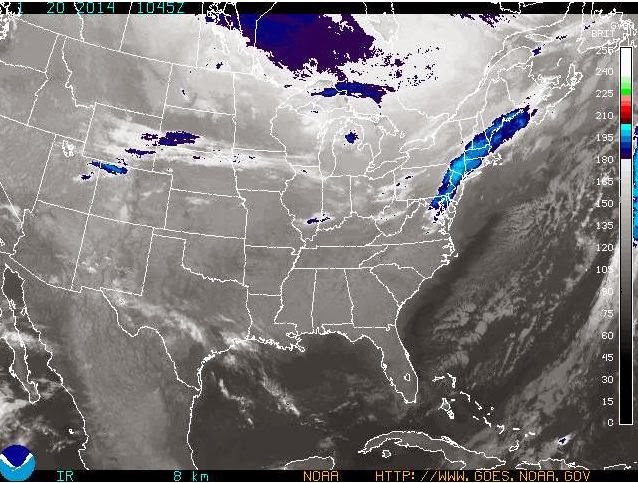 Sometimes weather forecasting is just a matter of looking at a map: hey, there's a big band of rain to our west, moving east -- probably going to rain. 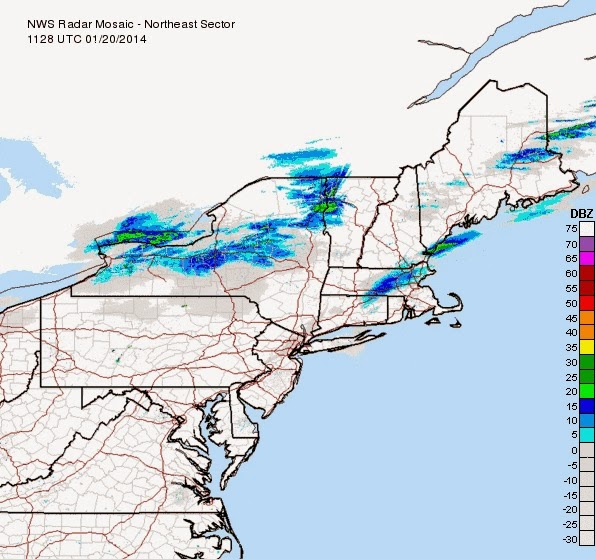 But right now we are under a winter storm watch for tomorrow and tomorrow night, even though there is no major snow falling anywhere in eastern North America. See the satellite image -- just a few whispy clouds, or the radar, which just shows a few snowshowers over upstate New York. I find it amazing that meteorologists can do things like this:


LOW PRESSURE WILL CONTINUE TO INTENSIFY ALONG AN ARCTIC BOUNDARY TUESDAY AS IT PASSES BY TO OUR SOUTH. GUIDANCE CONTINUES TO TREND STRONGER WITH THE LOW...AND THIS MAKES SENSE GIVEN THE FACT THAT THE SHORTWAVE WILL BE QUITE POTENT. THE SHORTWAVE CAN ALREADY BE SEEN ON SATELLITE IMAGERY MOVING INTO THE NORTH-CENTRAL CONUS.

SINCE THE LOW WILL BE STRONGER...ISENTROPIC LIFT WILL BE DEEPER AND FRONTOGENETICAL FORCING WILL BE STRONGER...RESULTING IN MORE QPF. COLD TEMPERATURES WILL ALSO SUPPORT HIGHER SNOWFALL RATIOS. THEREFORE...POPS AND SNOWFALL AMOUNTS HAVE BEEN INCREASED AND ACCUMULATING SNOW IS EXPECTED ACROSS THE ENTIRE CWA. A WINTER STORM WATCH IS IN EFFECT FOR THE ENTIRE CWA TUESDAY INTO TUESDAY EVENING. SNOWFALL AMOUNTS NEAR WARNING THRESHOLDS ARE POSSIBLE.

Even fifty years ago we would have had no idea this storm was coming. ("Shortwave" is a mid-level atmospheric disturbance that causes the air to rise rapidly as a front approaches, adding strength to storms; QPF is just Quantitative Precipitation Forecast.)

Sadly for me this means I can look forward to the cancellation of my first Celts to Vikings class, and to starting my teaching a week late and already behind.
Posted by John at 6:57 AM