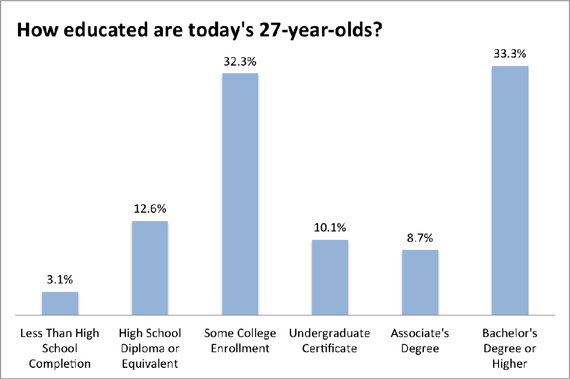 Back in 2002, the Department of Education began following 15,000 high school sophomores to find out how they made the transition to adulthood. In 2012 they handed out massive questionnaires to all these folks, and they have now published the results. The Atlantic has an interesting summary. If they stayed on the traditional schedule, these folks would have graduated from college in 2008, just in time for the big crash and the start of the Great Recession. The chart above shows how much education these folks have gotten by 2012. The researchers asked them all as high school sophomores how much education they expected to get; almost exactly half said they expected to get bachelor's degrees, so 17% have fallen short of their goals in the department. Money had a big impact here; of students whose parents were in the top 25% by wealth, 60% had bachelor's degrees, vs. only 15% of those in the poorest quarter. It also helped a lot to go directly into college. Of those who did, 11% have master's degrees and 42% bachelor's, so more than half finished their undergraduate work in a timely fashion. Of those who waited more than 13 months, only 6% have finished a bachelor's degree. 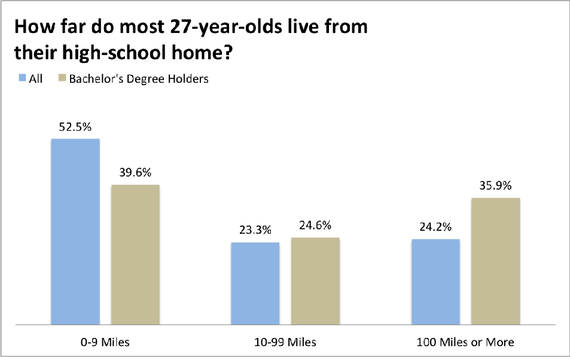 Interesting chart showing how far they live from where they were going to high school in 2002. 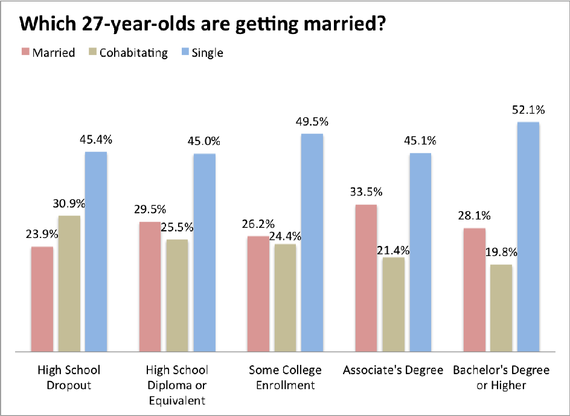 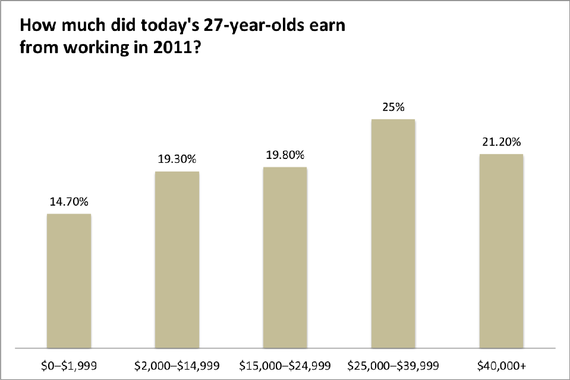 And one more, showing how much money they earned. At the time of the survey, 69% of this cohort were working more than 35 hours a week;  40% have spent time unemployed since 2008. Across all education groups, 80% say their finances are stressful. Interesting.
Posted by John at 1:46 PM