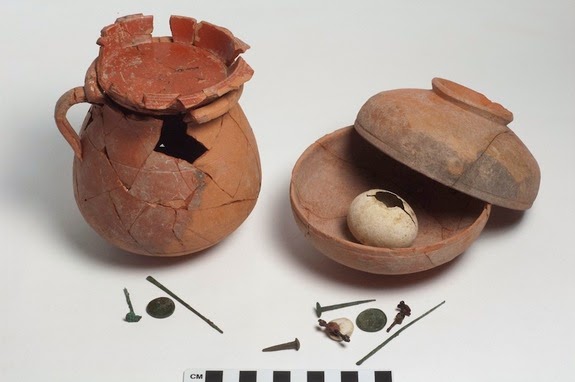 Archaeologists digging at Sardis in modern Turkey found these pots buried under the floor of a house built in the first century CE. They are what we call "ritual deposits," meaning collections of interesting objects buried for what we assume are magical reasons. In this case the intent may have been to protect the building from earthquakes, a major problem in that part of the world. 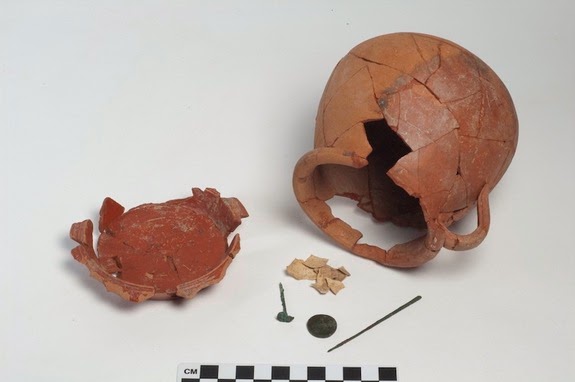 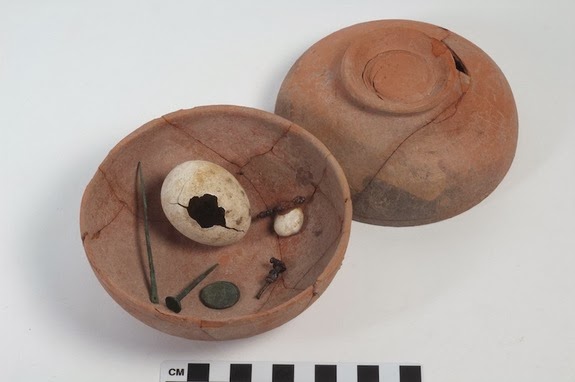 This habit of burying collections of objects in the ground, especially under houses, is ancient and widespread. 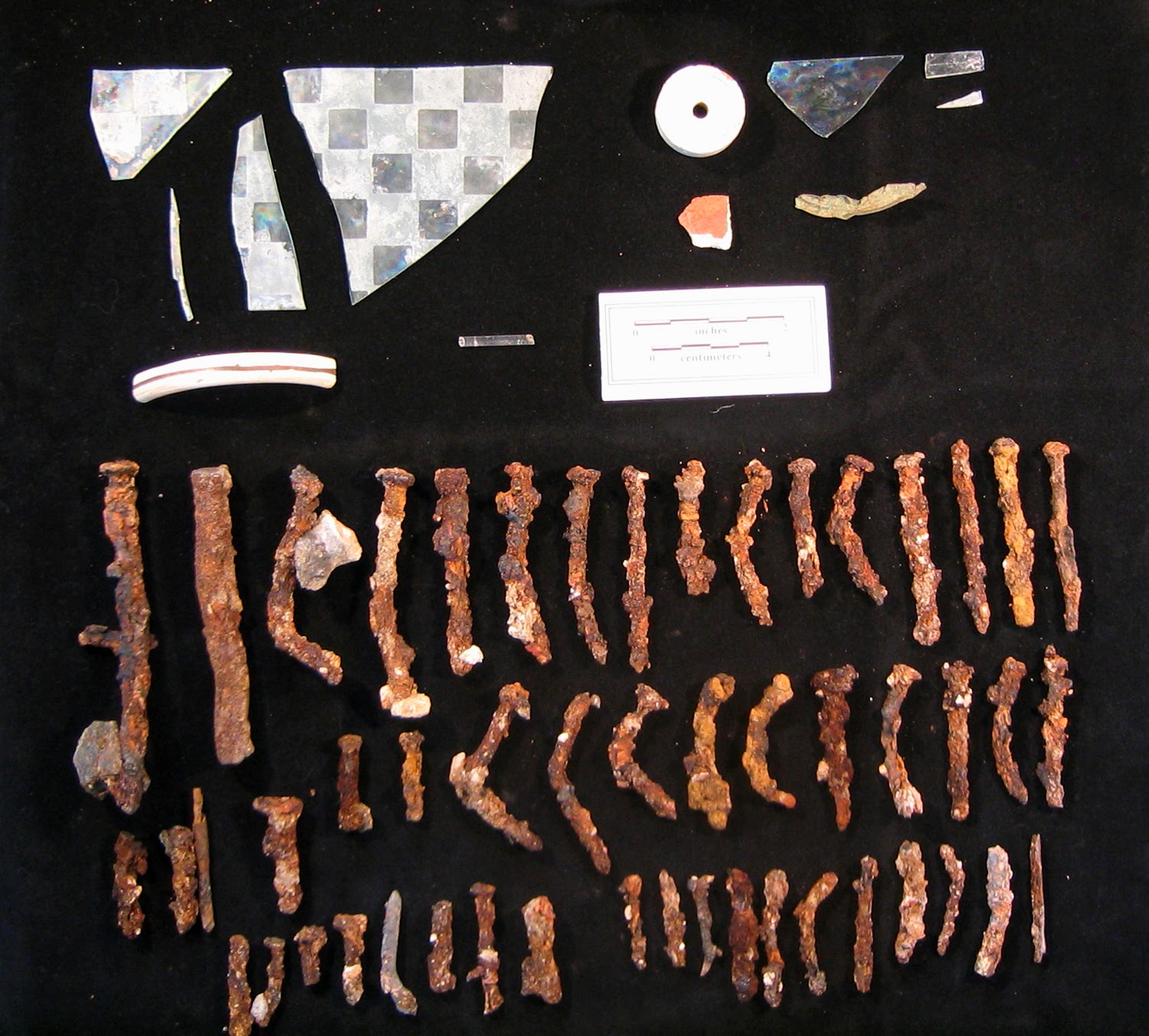 African Americans, especially slaves, did it as part of "hoodoo" or "root magic," and people think they brought the habit from Africa. This one is from the Adams-Kilty House in Annapolis, Maryland. 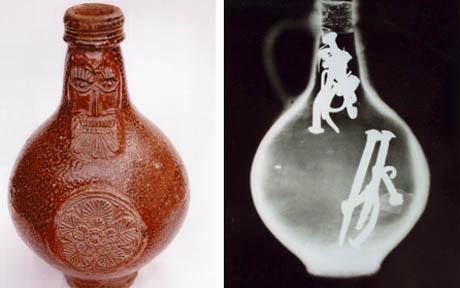 Europeans used to bury "witch bottles" containing small iron objects, thread, wool, hair, fingernail clippings, and other strange things, with the idea that they would turn away spells. 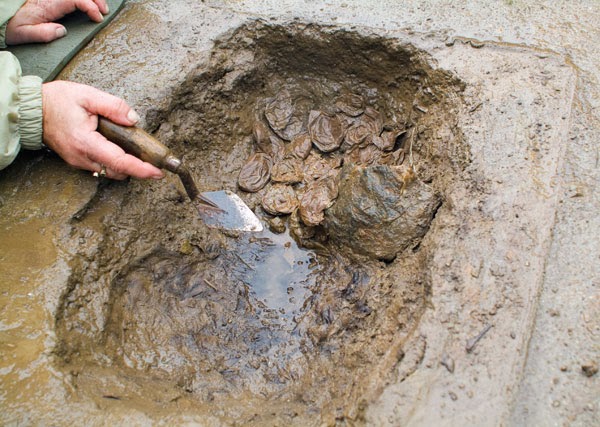 Here's a really strange example, a 17th-century pit from Cornwall that was lined with swan's feathers and filled with eggs and dead birds as well as the more usual pebbles, fingernail clippings, and human hair. 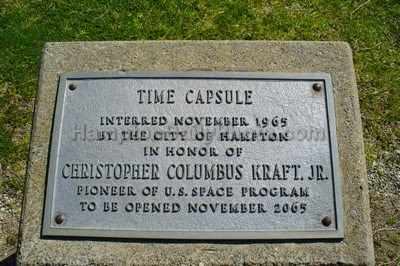 These days we like to bury "time capsules" as a way to connect people across the decades; I wonder if this is not just the latest version of this ancient habit. 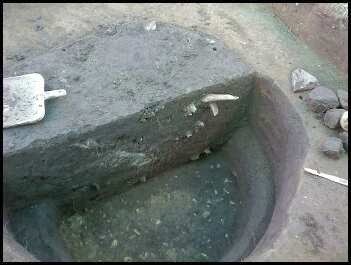 And I wonder if the whole business doesn't derive in some way form our very ancient practice of using pits in the ground for storage. Like squirrels, we have just got in the habit of burying important things, and we have carried that over into our religious lives and magical practices.
Posted by John at 7:39 AM