Roman Sewers and the Archaeology of Diet 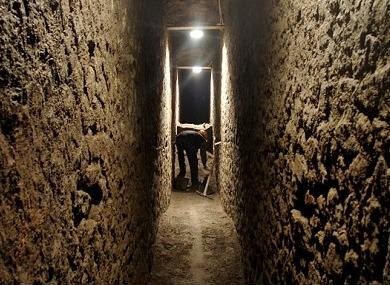 Dormice, sea urchins and fresh figs were among the delicacies enjoyed by ordinary Romans, British archaeologists have revealed after discovering a giant septic tank at one of the ancient cities destroyed by the eruption of Mt Vesuvius.

Archaeologists found a treasure trove of everyday artefacts after digging up nearly 800 sacks of compacted human waste from the tank, which lies beneath the remains of a Roman apartment block in Herculaneum, destroyed after it was buried by ash from the volcano in AD79. . . .

Close scrutiny of the composted human waste has revealed that the estimated 150 middle- and lower-class inhabitants of the three-storey block of flats had a much more varied diet than previously thought. They regularly feasted on fish, spiky sea urchins, figs, walnuts, eggs and olives, using the olive pips as fuel in their homes.

Each apartment’s kitchen and latrines was linked to the septic tank via waste disposal chutes, down which households would chuck broken plates, cups and other everyday items.

The doormice were caught and then fattened up in specially designed ceramic pots.