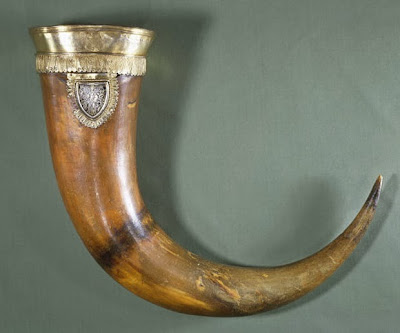 Above, a famous 14th-century specimen in the Danish National Museum, known as Absalon. Like this one, most surviving drinking horns are made from the horns of domestic cattle. 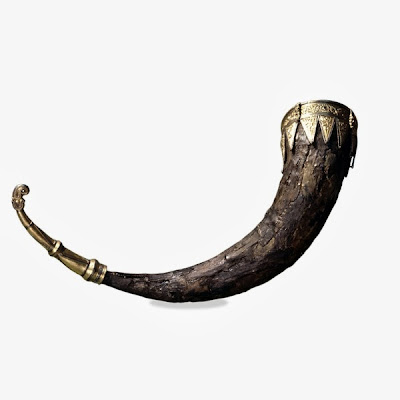 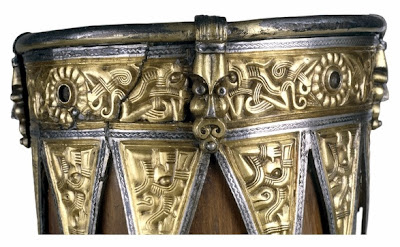 But this horn, in the British museum, is made from the horn of an extinct aurochs, which had bigger horns than modern cattle. It is one of a pair from an Anglo-Saxon princely burial at Taplow. This horn is 44 cm long (17 inches) 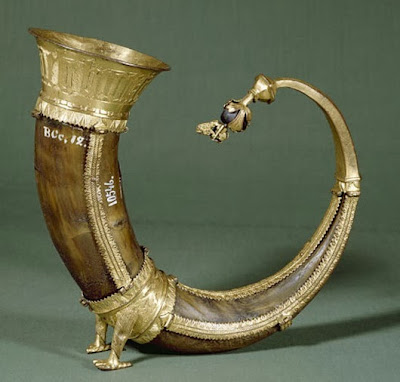 Another Danish horn, this one from the 15th century. With feet! 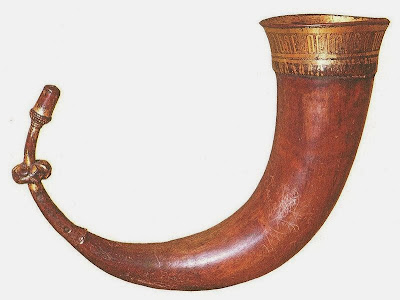 The Dryckeshorn, a late medieval horn from Finland. 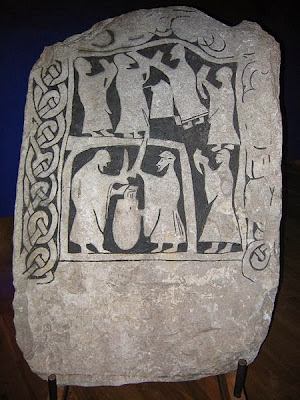 Drinking scene on a Viking age stone from Gotland, Sweden. 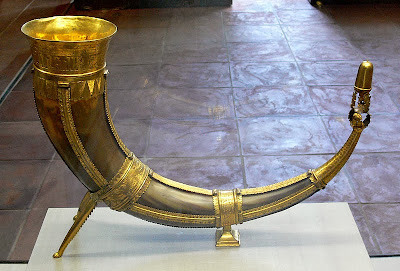 Large fifteenth-century horn in Berlin, of the type known as a "griffin claw." 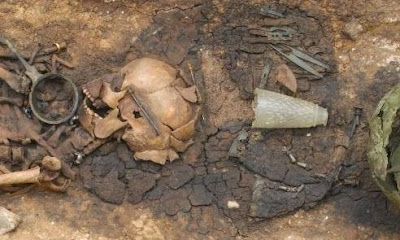 Iron Age burial at Juellinge in Denmark; you can see the remains of two drinking horns under the Roman glass beaker.

Reconstruction of the two aurochs horns from Sutton Hoo, of which only the metal fittings and a sort of sand cast of the horns survived.

Horn carved by Brynjólfur Jónsson of Skarð, Iceland, in 1598.
Posted by John at 7:55 AM