Elias Sime is an Ethiopian artist, born 1968. He is entirely a product of Ethiopia -- he grew up making art from found objects in the tough Cherqos neighborhood of Addis Ababa and attended an Ethiopian university. His first international exposure came in the early 2000s in other nations of East Africa.  (What is Love? 1, 2007, yarn, bottlecaps, and canvas) 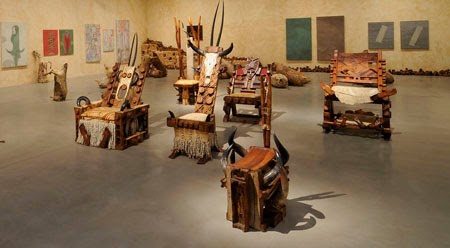 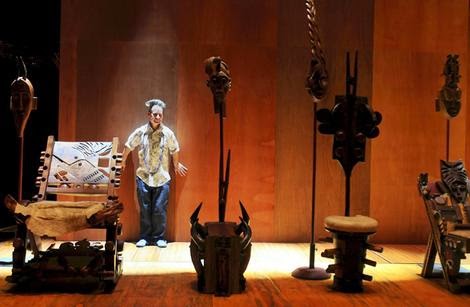 Most westerners first heard of Sime when director Peter Sellars helped stage a huge show of Sime's work at the Santa Monica Museum of Art  in 2008. But by that time Sime's style was fully developed, working entirely within the African art world. This is one area in which Africa is modernizing very successfully: there are networks of galleries, museums and art schools hard at work developing the continent's huge pool of artistic talent, with money coming from governments, African collectors, and westerners always on the lookout for something new. (Above, view of the Santa Monica exhibition, and Peter Sellars with some of Sime's works.)

Like many contemporary African artists, Sime works in a style that fuses traditional imagery with modern wit and recycled materials. To those who understand them, his thrones comment in an ironic way on Africa's political troubles and the destructive egos of its leaders, while still celebrating old spiritual and visual traditions.

To judge from the number of photos online, these mud monkeys were the hit of the Santa Monica show. 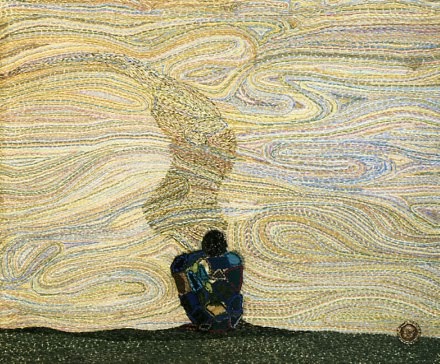 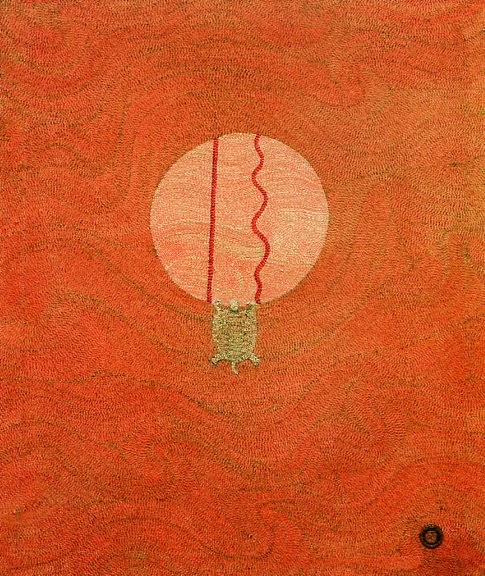 Sime began working with found materials because it was all he could afford, and he still works that way: 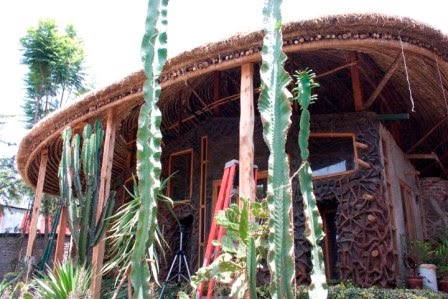 This is the first work of Sime's that I saw, a house he built for an exhibition in Addis Ababa that has become the Zoma Contemporary Art Center. Amazing.
Posted by John at 8:20 AM