The Amateur Burglars who Exposed the FBI 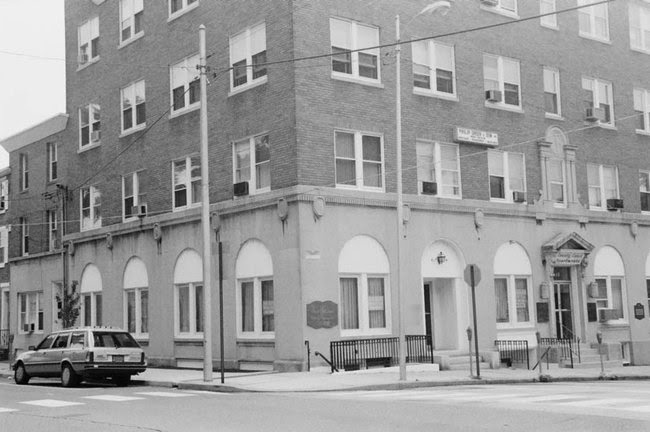 Back in 1971, peace and civil rights activists knew that the FBI was spying on them, but they couldn't get anyone outside the movement to believe them. So William Davidon, physics professor and antiwar agitator, came up with a plan: break into an FBI office and steal internal documents on their spying operations. He recruited seven other people he knew and trusted from antiwar activities to help him. At first they wanted to hit the FBI headquarters in Philadelphia, but they realized security was too tight. So they settled on an FBI field office in suburban Media, Pennsylvania (above). They cased the place rigorously for months. On the night of March 8, while all the FBI agents were off watching the Ali-Frazier fight, they broke in and scooped up all the documents they could find.

They were not sure that the field office would have copies of the sort of memos they were looking for, but they lucked out. They found several incriminating documents, including memos from Hoover himself instructing agents to intimidate antiwar activists by interviewing them. Calling themselves the Citizens Commission to Investigate the FBI, they mailed copies to several news organizations, leading to stories in the Post, the Times, and other places. They were never caught. But now, the statute of limitations safely expired, the case of Edward Snowden having brought these issues back to the public attention, the survivors have gone public with their stories, and the Times has a nice report:


But the document that would have the biggest impact on reining in the F.B.I.’s domestic spying activities was an internal routing slip, dated 1968, bearing a mysterious word: Cointelpro.

Neither the Media burglars nor the reporters who received the documents understood the meaning of the term, and it was not until several years later, when the NBC News reporter Carl Stern obtained more files from the F.B.I. under the Freedom of Information Act, that the contours of Cointelpro — shorthand for Counterintelligence Program — were revealed.

Since 1956, the F.B.I. had carried out an expansive campaign to spy on civil rights leaders, political organizers and suspected Communists, and had tried to sow distrust among protest groups. Among the grim litany of revelations was a blackmail letter F.B.I. agents had sent anonymously to the Rev. Dr. Martin Luther King Jr., threatening to expose his extramarital affairs if he did not commit suicide.

“It wasn’t just spying on Americans,” said Loch K. Johnson, a professor of public and international affairs at the University of Georgia who was an aide to Senator Frank Church, Democrat of Idaho. “The intent of Cointelpro was to destroy lives and ruin reputations.”

Secrecy is the bane of democracy. When they think their actions will be kept secret, people will do all sorts of things they would never do in public. And the only way to keep our government in line is to make sure all their acts are exposed to public scrutiny. If the government won't come forward on its own, as it should, the citizens must force the truth out. One way or another.
Posted by John at 7:35 AM