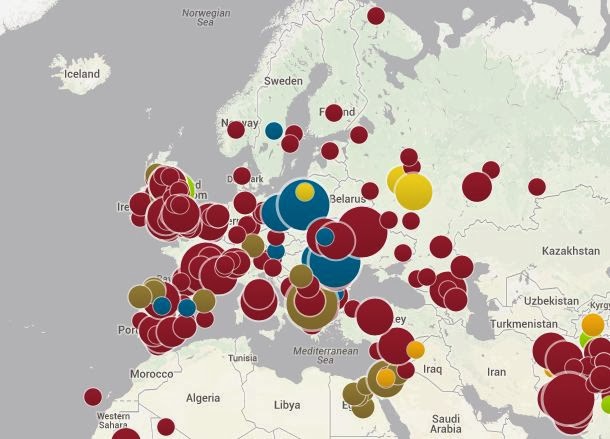 This is part of an interesting map from the Council on Foreign Relations showing "Vaccine-Preventable Disease Outbreaks" worldwide. Red is measles, blue is rubella, brown is mumps. Notice that as one might expect there is a problem with vaccinating everyone in Pakistan, where there is constant fighting between the government and Taliban-allied tribes. And yet the problem there is no worse than in wealthy, peaceful western Europe. In Europe there are two problems: immigrant groups that are deeply suspicious of their governments, especially Roma, and Green parents who don't want their children to suffer from the evils of chemical medicine. In 2010, there were more than 30,000 reported cases of measles in the EU and 30 deaths.

I hate to say it, but I think it will take a massive outbreak with hundreds of deaths before we get this madness back under control.
Posted by John at 9:28 AM