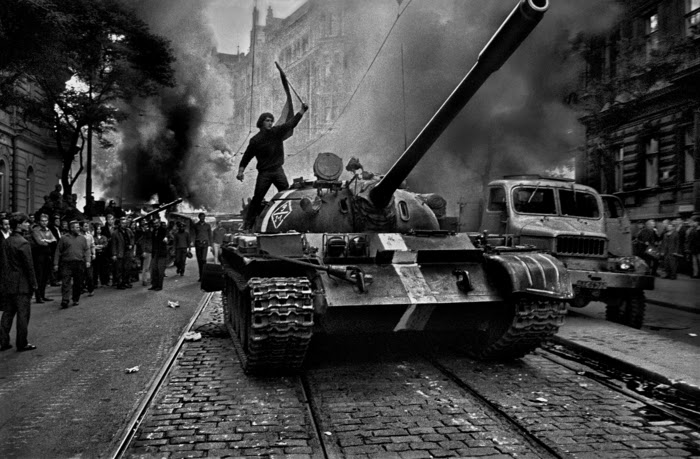 Since I enjoyed Tony Judt's polemical essays so much, and his collected musings on the role of intellectuals in twentieth-century history, I decided to get a copy of his most famous book: Postwar (2005). This is a 900-page history of Europe from the end of World War II to 2004, the sort of work that gets called "magisterial." It is Olympian in tone; if it were fiction the narrator would be called "omniscient." Judt attempted to strike several different sorts of balance: between East and West, between left and right, between mentioning events in almost every country and focusing on the most important actors, between political and social history, between polemic and strict description. Wherever possible he tries to make connections between disparate phenomena, especially between events in different parts of Europe and between intellectual, political, social, and economic developments. It is an impressive achievement. 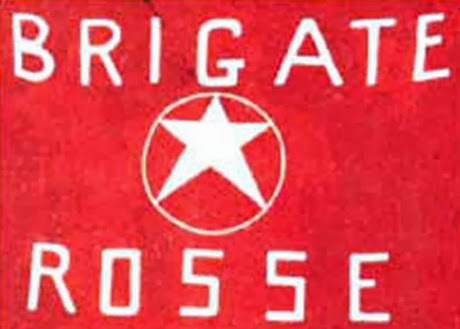 And yet I found reading it rather odd. Most of it was familiar to me; after all, I lived through much of it. It is written from roughly my own pragmatically liberal ideological perspective, which is also pretty close to the perspective of the NY Times where I first read about so much of this. None of Judt's evaluations of people or events surprised me. It has the textbook-like quality of including the events and people who have to be there, with very few obscure asides. It gives space to important subjects even when Judt could have assumed that his readers would already know about them, for example the baby boom or the surge in consumer spending on televisions and refrigerators. There is little of the invective that I enjoyed so much in Judt's essays. I can't figure out what audience Judt was aiming at: I doubt students would read it, and who needs a textbook on his own life? Maybe the point was to get all this down while it was still fresh in our minds, as a marker for future generations. And yet many grown-up readers seem to have loved it; like this reviewer, who is mostly negative about Judt's work but calls Postwar his "masterpiece." Perhaps people simply find it refreshing to read about recent, ideologically-charged events, some of them still used as partisan talking points, in an even-handed textbook style. It occurs to me as I write that perhaps many people have a checkered knowledge of this period, bits and pieces that they know because they happen to have read about them, without the whole story; if that is your situation and you want more context, by all means read Postwar. 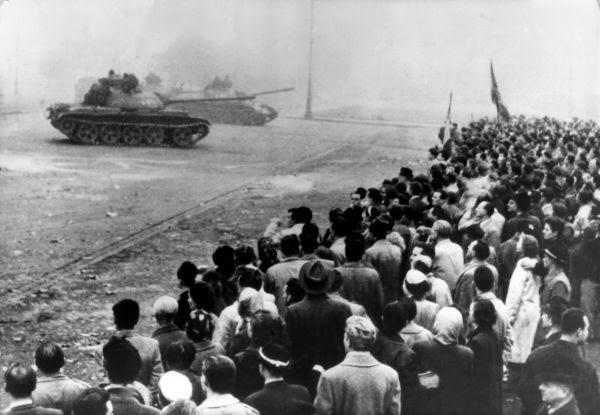 For me the most interesting part was the beginning. It was not until 1948, or perhaps even 1956, that the structure of the East-West divide became clear. Judt has some interesting paragraphs on Edvard Beneš, the first president of postwar Czechoslovakia. Beneš understood that his country would be under Soviet domination, but thought they could be like Finland, that is, he thought that as long as he toed Stalin's line in foreign affairs and kept to generally socialist policies, his country would be left to its own devices. Stalin had other ideas, and when Beneš' popularity made it impossible for the communists to take over peacefully, he was removed in a coup in 1948. If you feel in need of a short course on how Europe moved from the fluid situation at the end of the war to the fixed world of the Iron Curtain, Judt's chapters are a good choice. Judt also gives a good account of the massive purges of Stalin's last years, and also of the violent Soviet interventions of 1956 and 1968. 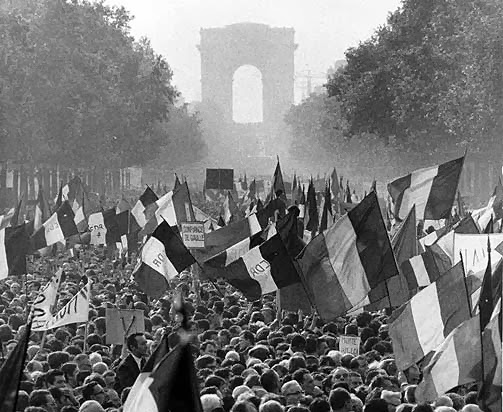 I enjoyed some of the material on 1968 and the strange terrorist movements that sprang from it, determined to prove that peace and prosperity were somehow the sham facade tacked up over a sick society. Remember the Baader-Meinhof Gang? 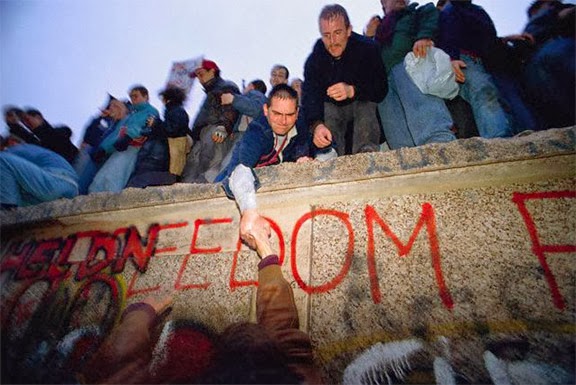 But the next really interesting part of the book covers the events leading up to 1989. Judt knew personally many people involved in Eastern Europe's revolutions, and he had great understanding of their ideas and motives. He provides a clear summary of the sequence of events from the Polish strikes of 1980 to the entry of Poland, Hungary and the Czech Republic into the EU. As to why this happened, Judt is very clear: because Mikhail Gorbachev let it happen. As Judt's narrative shows, the desire on the part of most eastern Europeans to escape from communism and rejoin the west had been constant since at least 1956, and the leaders of 1989 were no more remarkable than those of 1968. The difference was that the Soviets, in the throes of their own crisis, chose not to send the tanks. What followed gave the lie to a century of Marxism. Without the tanks and the secret police, the whole edifice of "real existing socialism" collapsed in weeks. The many intellectuals who wanted to find a status in between east west, between communism and capitalism -- this included many of the dissident leaders -- were also swept away, and within a decade much of eastern Europe had politics exactly like those of the west, with competing Socialist and Christian Democrat parties. 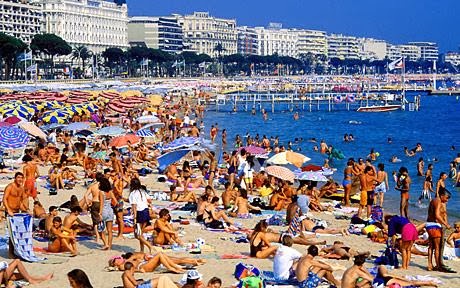 What then? Perhaps the most original part of Postwar is the last chapters, which are taken up with the growth, in area and importance, of the European Union. Judt was something of a "Euroskeptic," as they say in his native Britain; in his telling the EU was dreamed up by politicians and forced down the throats of voters. New Union treaties have been put to the vote in several countries, but they have never won more than 53% of the electorate and have often been defeated. "Brussels" has become the most hated place in the world, replacing "Moscow" as the distant capital that imposes nonsensical rules and threatens traditional ways of life. The Union keeps expanding, Judt believed, because European politicians don't know what else to do. The initial, laudable impulse was to tie the European countries together so they would fight no more wars; in 1946, who could argue with that? The desire of so many in eastern Europe to join the EU is born from this same desire, to "escape from history and join Europe." But once war has been averted -- what? One of my favorite of Judt's observations was that traditional party politics has faded in Europe because by 1968 the parties had achieved all of their traditional goals. The average European was by then richer than the founders of the Socialist or Christian Democrat parties could have imagined 80 years before, education was more widespread, healthcare was universal or nearly so, the press was free, etc. From the perspective of 1880, Europe had no problems.

Of course Europe does still have problems, from high unemployment to ethnic tensions. But as Judt argued, we have little idea what to do about them because the mechanisms of our politics, and the sorts of measures politicians have long run on, are irrelevant. The only measure that most economics think would help unemployment, abandoning the Euro, is unthinkable because it goes against the only grand project Europe's politicians have left, ever greater union. Politics is not just about putting bread on the table; nobody understood this better than Judt, who spent his career studying intellectuals and their attraction to extreme ideologies. Without a vision of the future, what are we? For most European politicians the only appealing vision is "Europe." This "Europe" is a place where citizens are cared for by their governments but still work hard, where strangers are welcome but old ways respected, where cutting edge technology coexists with traditional cheeses and village festivals; a shining beacon, not of freedom, but of civilization. Compared to the stern rhetoric of fascists and communists, this is weak stuff. Whether it is enough to sustain a continent is something we will have to wait to discover.
Posted by John at 8:16 AM