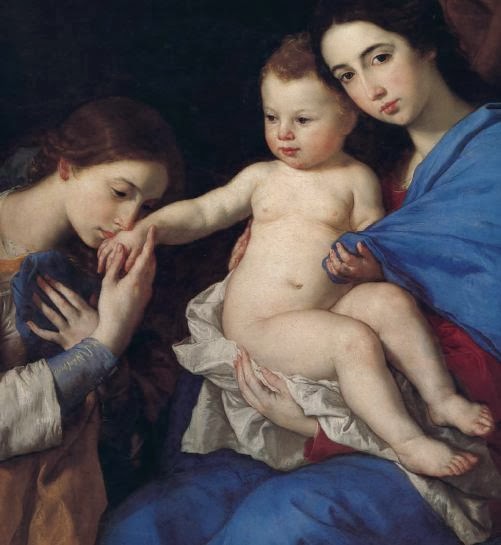 Jose de Ribera (1591-1652) was a Spanish Baroque artist who spent his working life in Italy. Hence he is often know as Jusepe de Ribera, and even signed many of his paintings that way. Once he discovered art he longed to study in Italy, and he was in Rome by 1611. 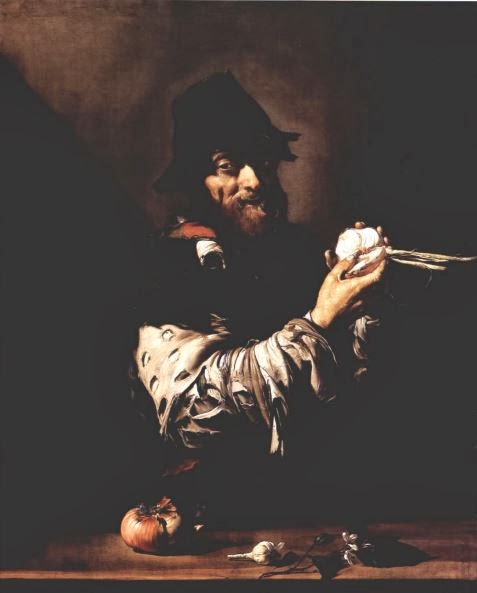 There he joined the Caravaggisti, the young followers of Caravaggio, who copied the master's artistic style and sometimes his ribald personal life as well. The influence of Caravaggio shows in de Ribera's Sense of Smell, 1614 -- note the black, black shadows and the sharp contrasts of color. 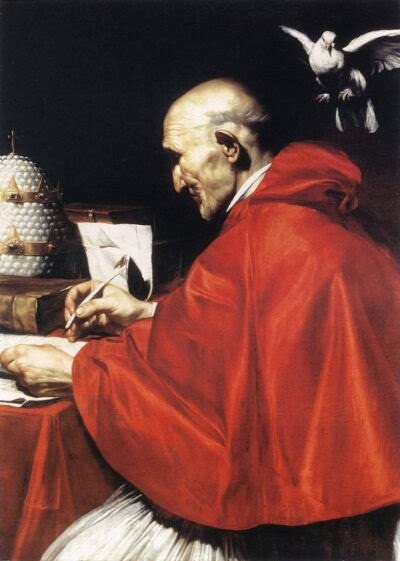 Or this Gregory the Great, 1615, with its bold colors and hard edges. 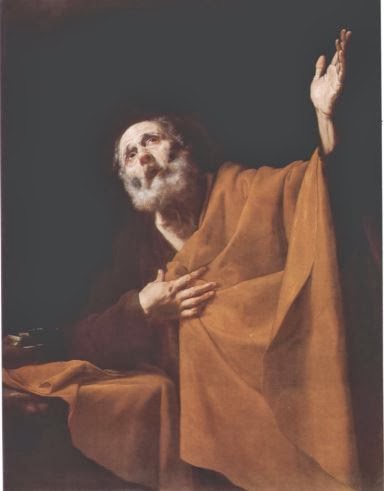 At that time the Kingdom of Naples was part of the Spanish Empire, and de Ribera had moved there by 1616; he lived in Naples for most of his life. There he ingratiated himself into the Spanish court and engaged in numerous intrigues; it was said that he set out to ruin rival painters with malicious gossip so as to reserve more commissions for himself and a small group of friends. He eventually married his daughter into the Neapolitan nobility -- not bad for a man whose father owned a shoe factory. (Penitent St. Peter, ca. 1620) As a Caravaggisti de Ribera was a partisan in the great conflict roiling the Italian art world. The followers of Michelangelo and Raphael believed it was the artist's job to search for ideal beauty -- or ugliness or whatever -- and come as close these ideals in his work as he could. The followers of Caravaggio thought everything should be painted from nature. De Ribera developed a strongly naturalist style, and he was especially famous for his realistic old men. Like this Philosopher with a Compass (1630), which used to be identified as Archimedes. Now it is now generally thought to be Democritus, but it could be just any man who happened to be walking by the studio on the day de Ribera was painting this. 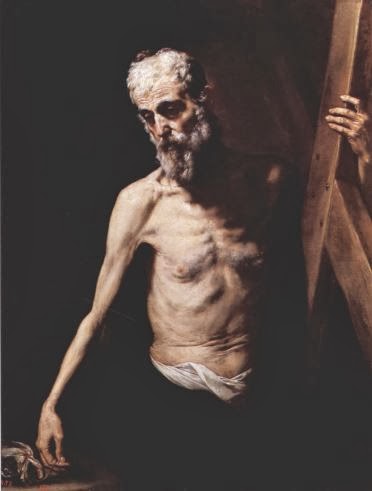 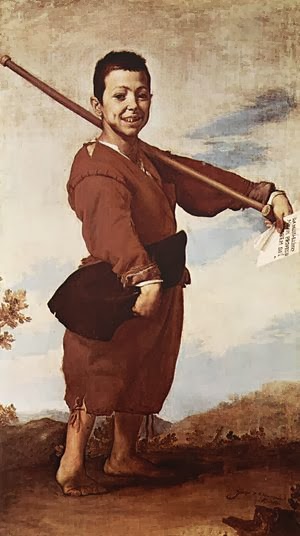 In the nineteenth-century de Ribera was praised almost exclusively for his naturalism. This work is particularly famous, Clubfoot (1642). From the twisted foot to the bad teeth, this is a real beggar. 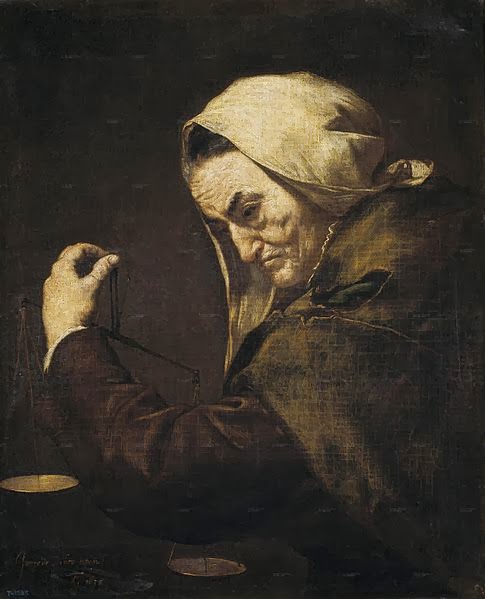 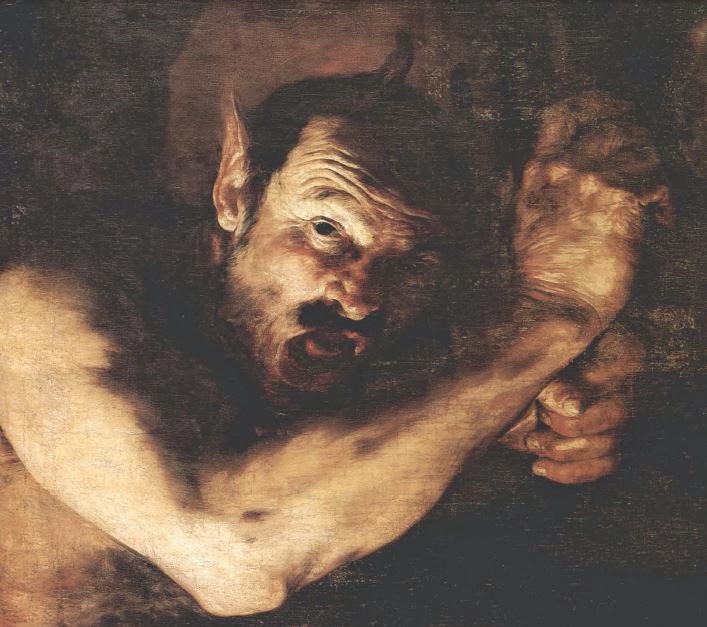 A demon from Ixion, part of a series on the damned, a subject that was in vogue for a while after Titian did a set for the Queen of Hungary. 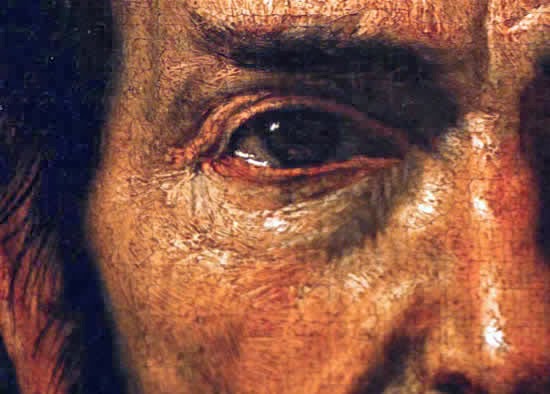 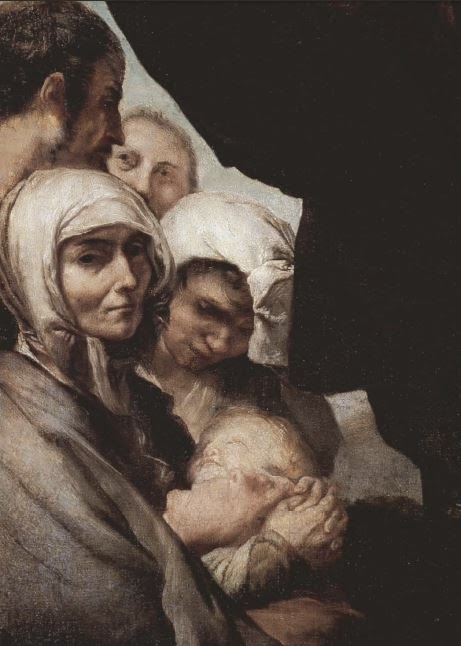 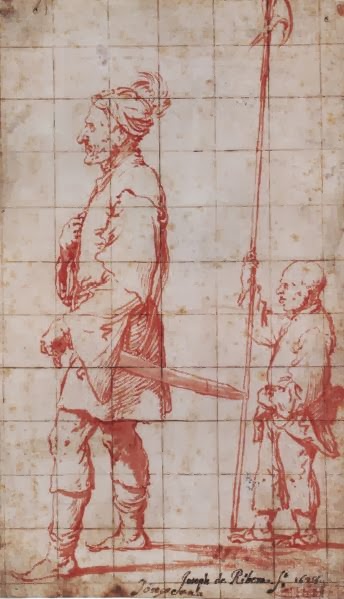 Although he was in many ways a follower of Caravaggio, de Ribera did not share the master's scorn for drawing. He worked out all of his compositions very carefully as drawings, and the surviving examples show that he was very skilled. 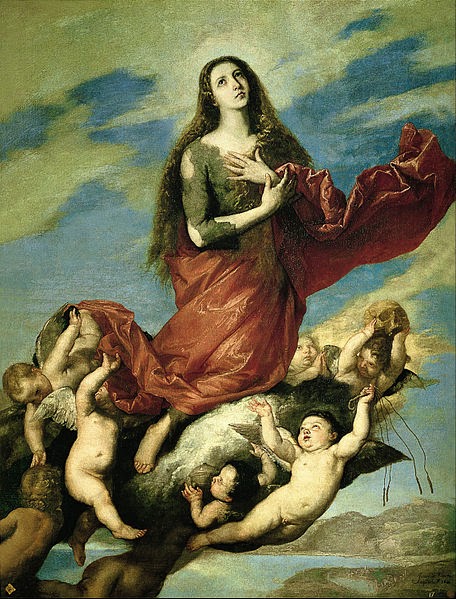 Although his paintings in the mode of Caravaggio were his most famous works, de Ribera could also work in a different style, in which all the figures were bathed in golden light. The Ascension of Mary Magdalen (c. 1630). Not really my thing, but at least it shows versatility. 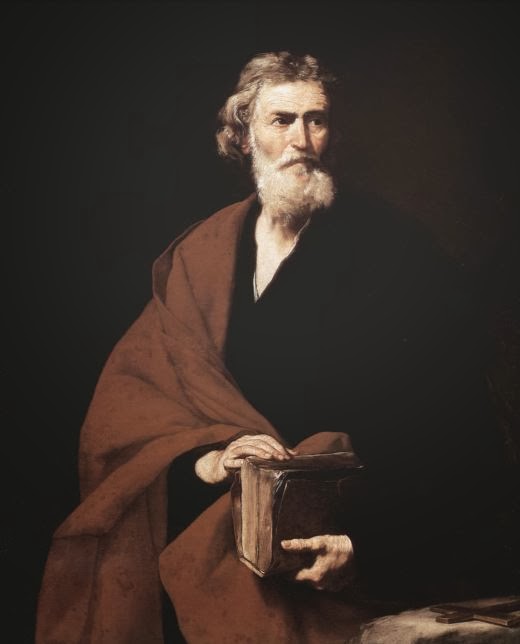 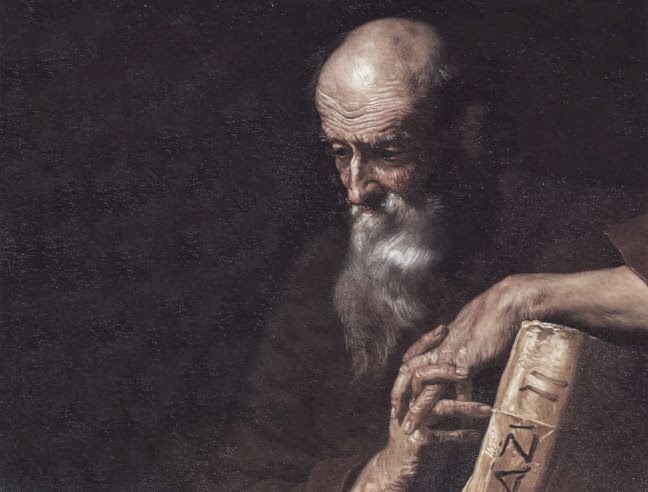 Many of these pictures come from the catalog of a big de Ribera show at the Met a few years ago, which you can download in its entirety here.
Posted by John at 7:10 AM