Ryan McGinness, or, The Cosmic Giggle 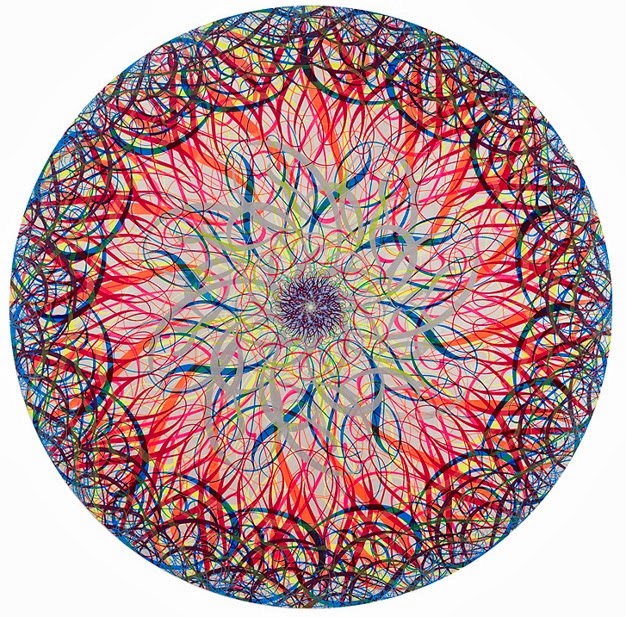 Ryan McGiness was born in 1972 and grew up in Virginia Beach, surfing, skating, and sharing his peers' obsession with brand names and hot trends. He studied design at Carnegie-Mellon and then went to New York to become an artist. And he is succeeding famously, with major shows and installations all over.  (Black Hole/Pearl White, 2010). 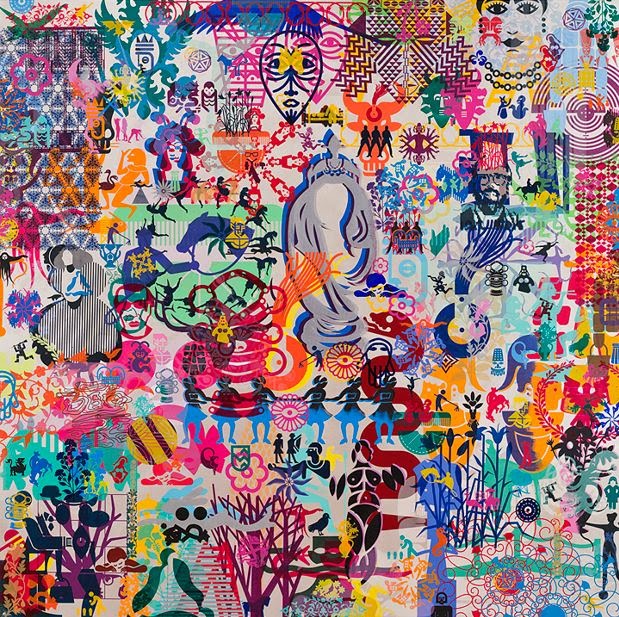 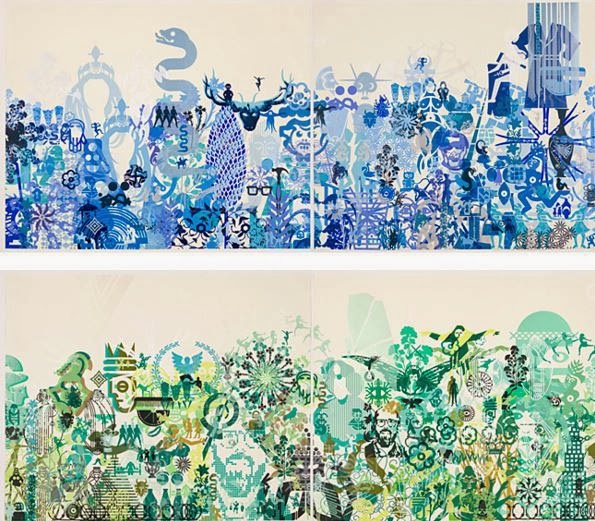 I discovered him because of a huge multi-panel work in the new atrium of the Virginia Museum of Fine Arts, which carries the title Art History is not Linear (2010). 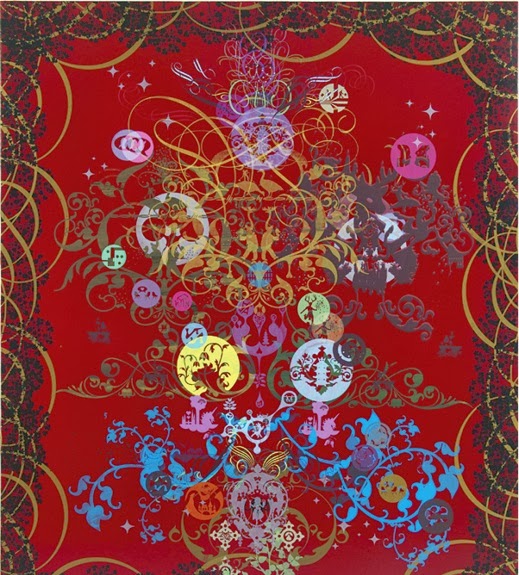 He has a thing for images that communicate something -- recognizable bits of the global visual culture. He calls these "units of meaning," and most of his art is collages of these images thrown together in ways that he vaguely hints mean something more than the sum of their parts. According to his web site, he


pulls from signage, advertising, and the graphics of the skate world from which he comes to make bold and expressive works that play with symbols, text, and meaning. 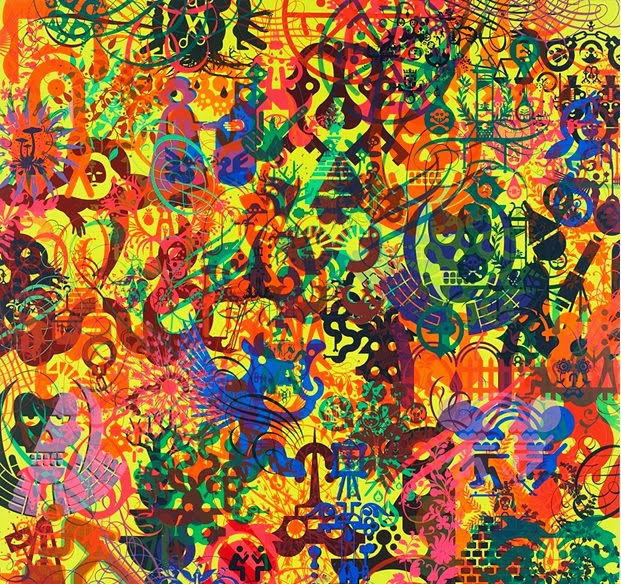 The Richmond Times-Dispatch called him an "info-age Warhol"; curator John Ravenal of the VMFA says he "plays with the boundary between high and low culture."  He says that his overlapping images represent our mental world, and our need to extract information from an effectively infinite web of competing signs. (The Cosmic Giggle, 2013) 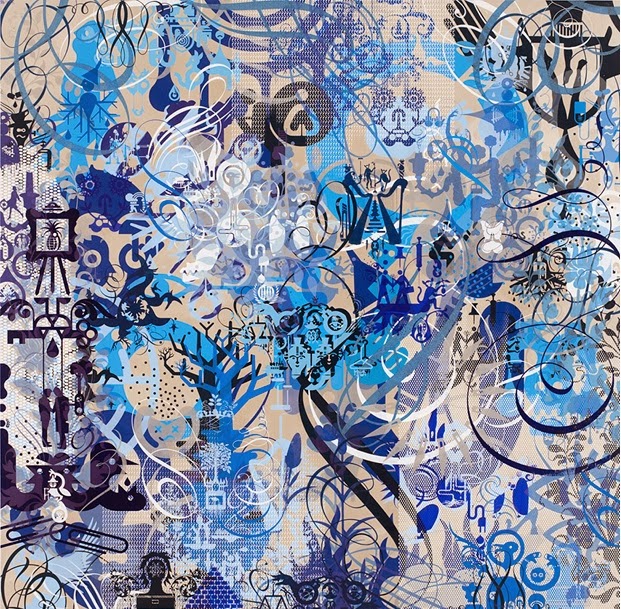 I am not sure what to make of these. They are different and not boring, but they don't really speak to me. (Spiral Dynamics of Evolution, 2013) 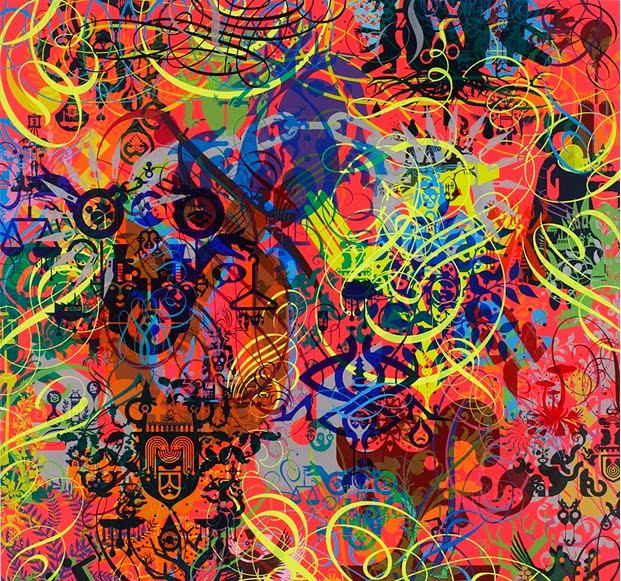 They have, I might say, the virtues and vices of our age: they are exciting, colorful and information-rich, but they are also busy, crowded, a little garish, and shallow; they try to make up for their lack of clarity and depth with a dazzling display of knowledge and graphic prowess. But they are interesting.  (Everything is Everywhere, 2013) Many more on his web site.
Posted by John at 7:48 AM