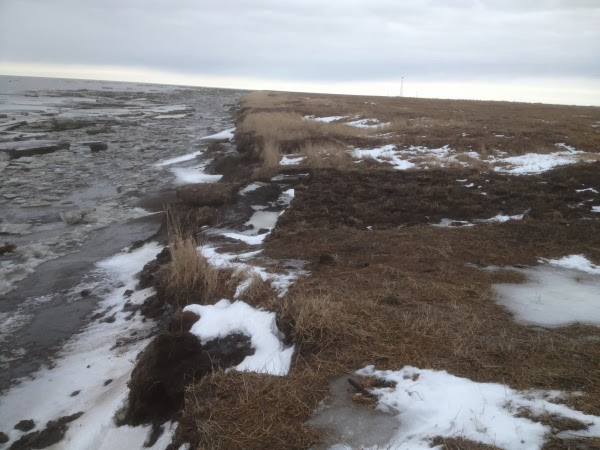 Nunalleq is an archaeological site in western Alaska that is rapidly eroding into the sea. You have no doubt heard how much it has warmed in the polar north, and how much less ice there is and so on. This is causing previously frozen landscapes to erode rapidly. At Nunalleq, the shore has retreated more than 30 feet (9 meters) in the past four years. 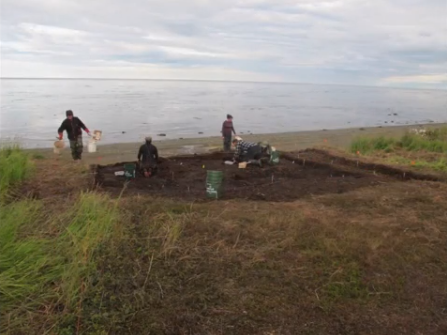 Nunalleq means "the old village." The site is 700 to 400 years old, and its location was always known to Yup’ik residents of the nearby village of Quinhagak. Several years ago they discovered their ancestral home was rapidly eroding, and in 2008 they began contacting archaeologists to help them recover their heritage before it all washed into the sea. 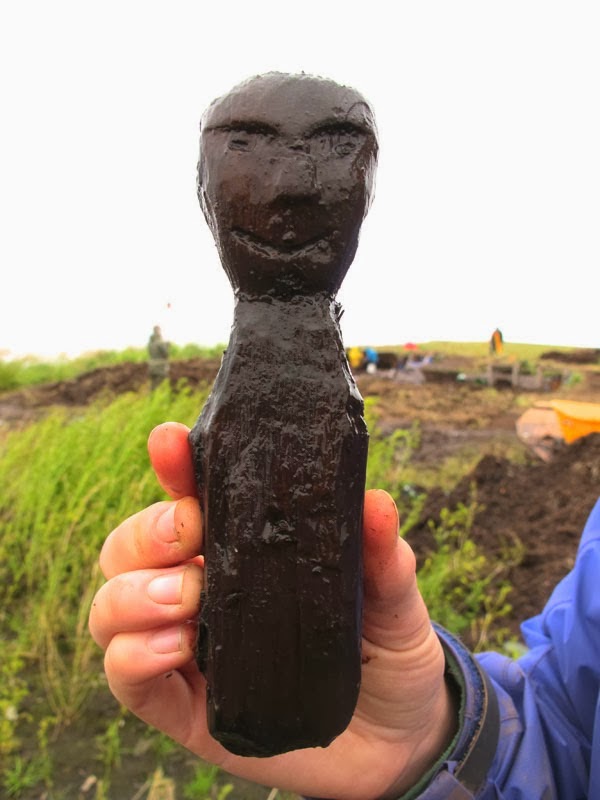 Archaeologists from the University of Aberdeen in Scotland answered the call, and they have an ongoing program to excavate and preserve material from the site. Project director Dr. Rick Knecht:


The first thing we found was a complete wooden doll with the original paint still on it. It’s quite incredible – leather, fur, plants, even 400-year-old grass that has been completely preserved intact because they’ve been frozen all this time. Instead of looking at stones and bones, like archaeologists usually look at, we’ve got wooden artefacts - pieces of organic material. The exposed archaeological site was rapidly eroding away because of global warming – you’ve got rising sea level, and the permafrost is melting. The soil is held together by the ice, so when the ice melts the soil becomes very vulnerable to marine erosion.

You can read more about the excavations at their website. 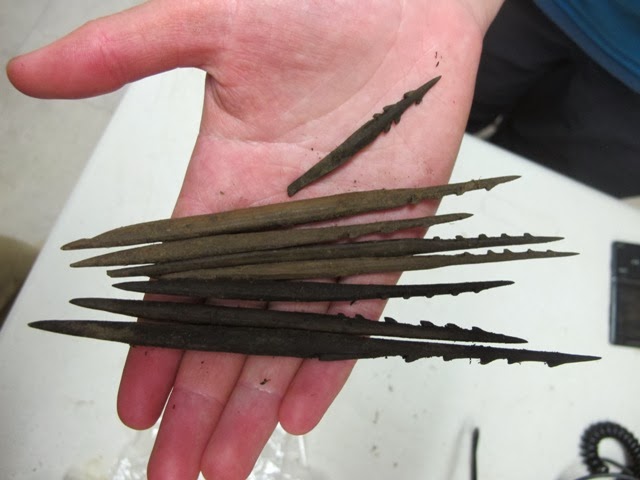 Meanwhile, look at this amazing stuff -- antler harpoon points above, and a wooden doll above that. 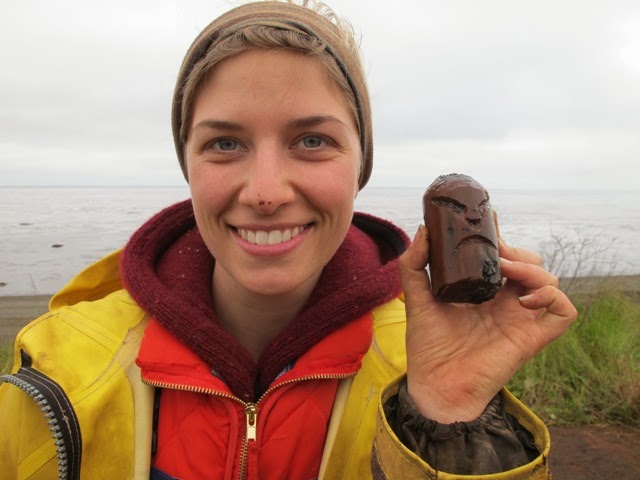 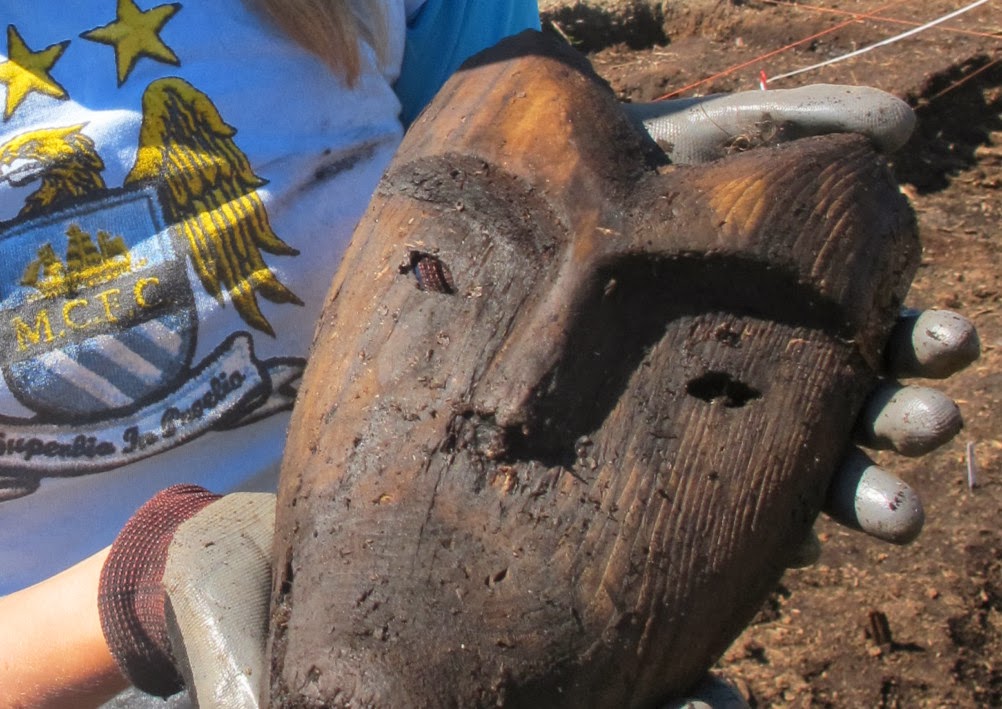 A wooden mask, above, and a carved monster below. Fabulous things, and how refreshing that Native Alaskans and archaeologists are working closely together on this project. 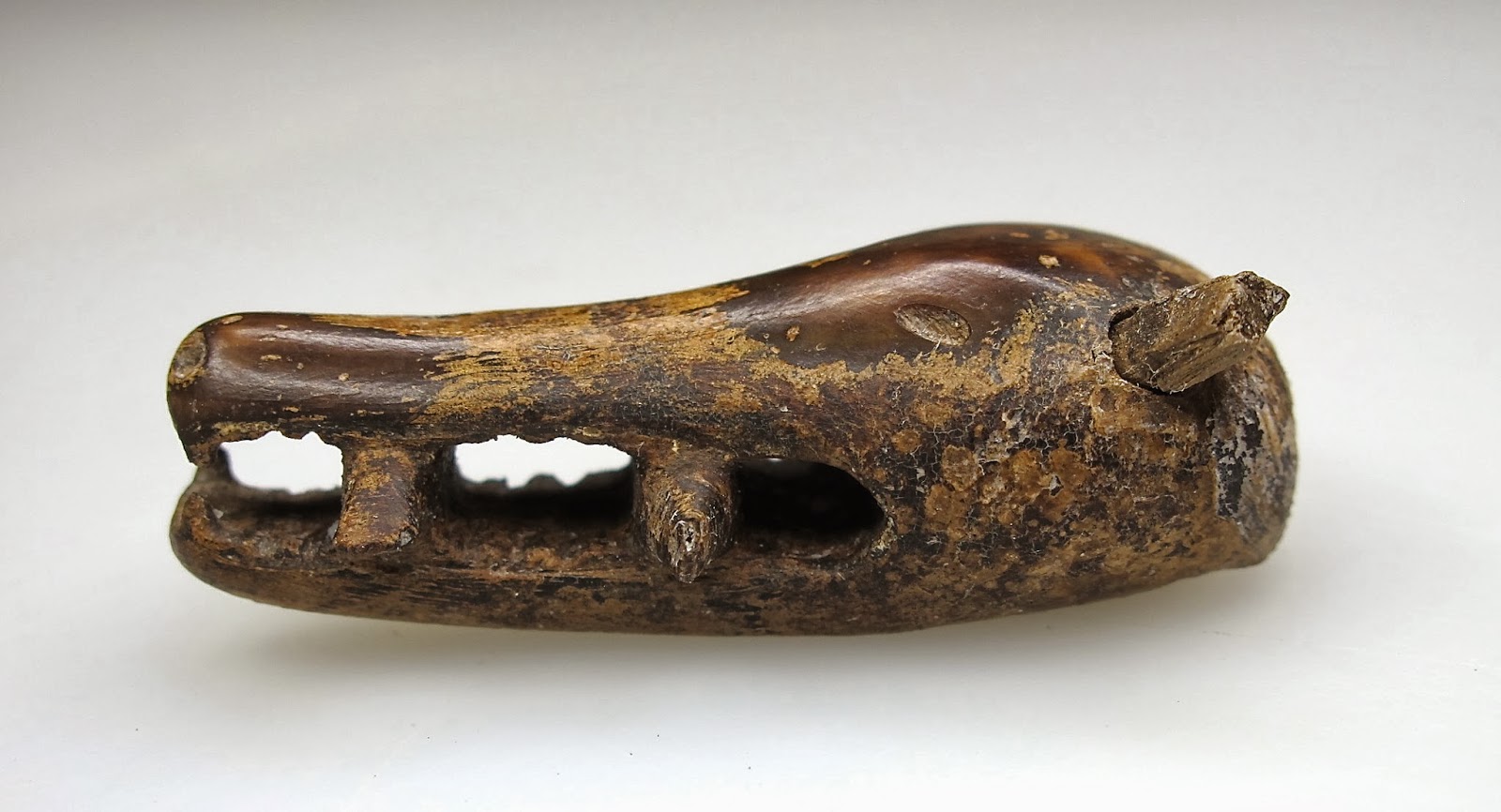