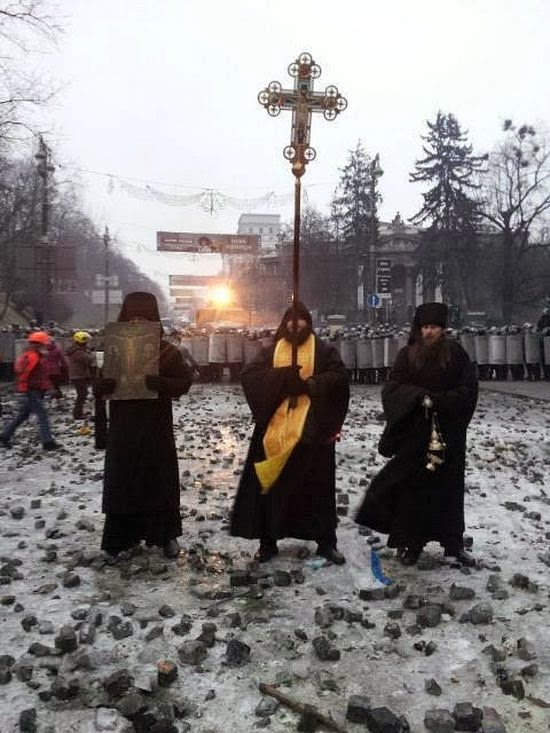 As the conflict between the protesters and the government of President Yanukovych surges back and forth, leaving more than 50 corpses, several Orthodox monks have stationed themselves between the two sides, trying to prevent further violence. Rather than trying to engage with either side, they just pray. At one point they chanted the Easter service: “Christ is risen from the dead, trampling down death by death, and upon those in the tombs bestowing life. . . .” 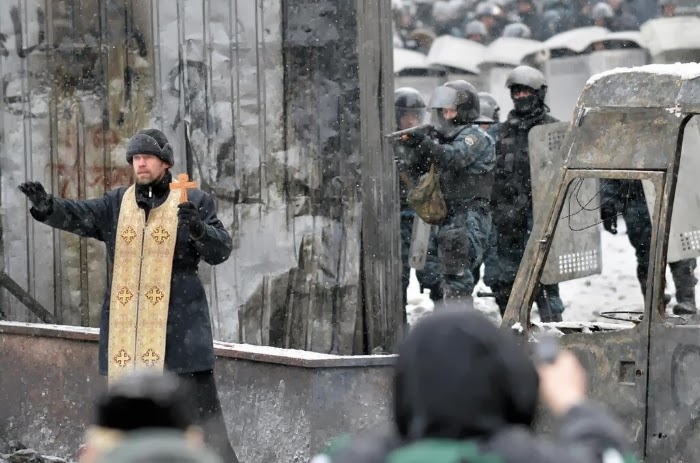