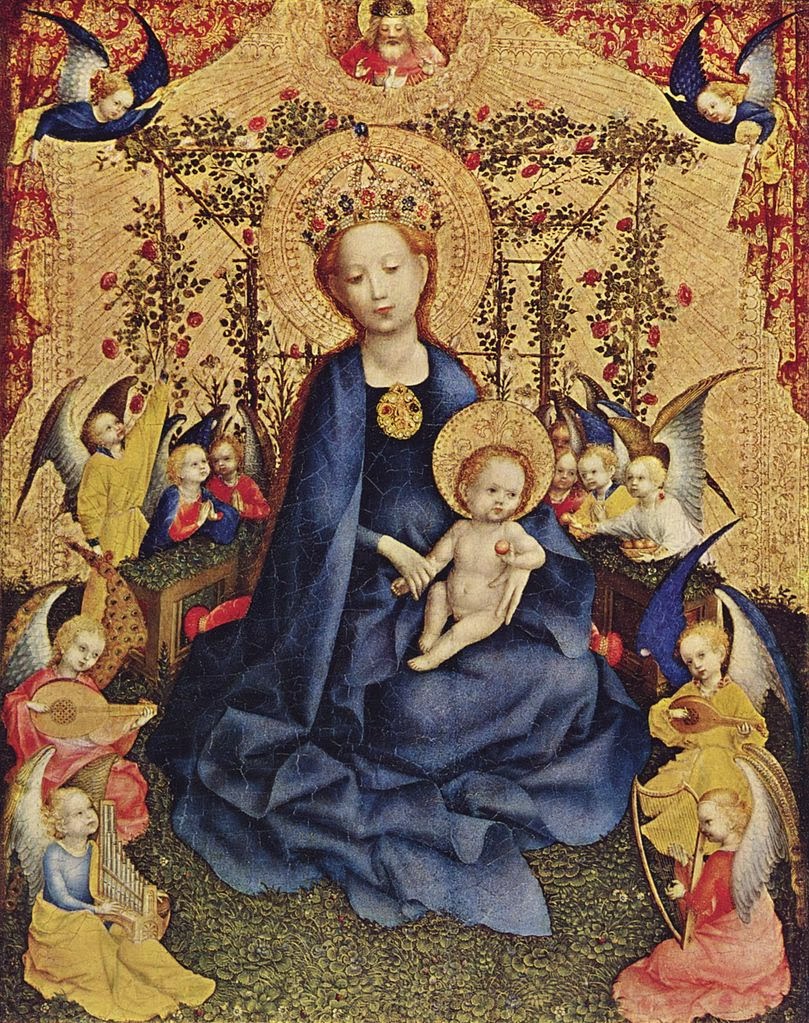 Here we have a group of paintings done in Germany around 1440 to 1450 by an artist who may have been Stefan Lochner. The argument goes like this: there was an artist in Cologne named Stefan Lochner; among other things he was paid by the city council for making decorations used to welcome Emperor Frederick III during a visit to the city. But there are no works signed with his name.


No paintings were attributed to Lochner until J.F. Böhmer named him as the painter of the Altar of the City Patrons in an article published in 1823. He based his attribution on a mention of a visit to Cologne in 1520 in the diary of Albrecht Dürer, in which the artist notes paying to see an altarpiece by "Maister Steffan". Böhmer identified this as the Altar of the City Patrons, and "Maister Steffan" as the documented Stefan Lochner.

Which you can believe or not as suits your temperment. But whether Böhmer's identification is correct, others have identified several other works as being by the artist who painted the Cologne altarpiece. Above is the most famous of the works attributed to "Lochner," the Rose Garden Madonna or Madonna in the Rose Bower. This is one of my favorite Madonnas, and even the baby Jesus isn't bad. 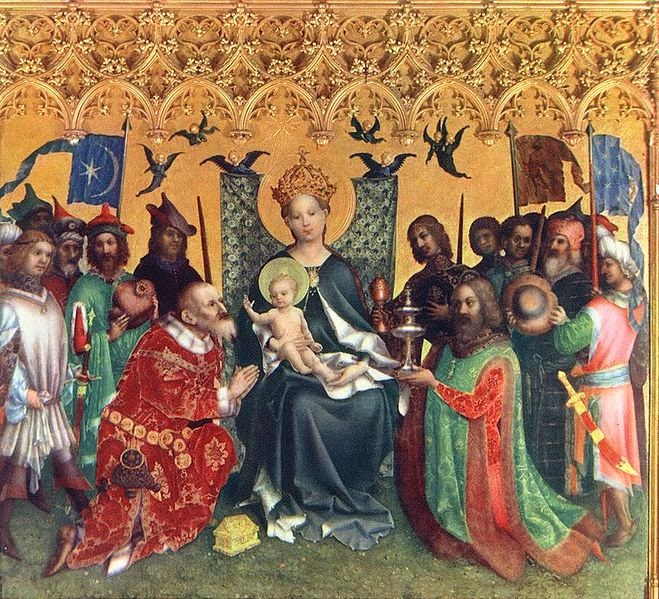 Adoration of the Magi from the Cologne altarpiece. 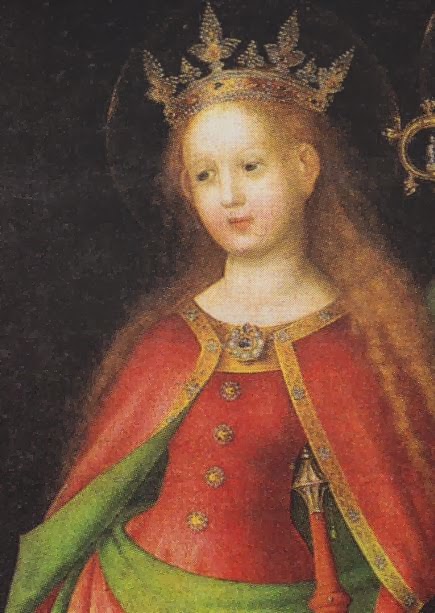 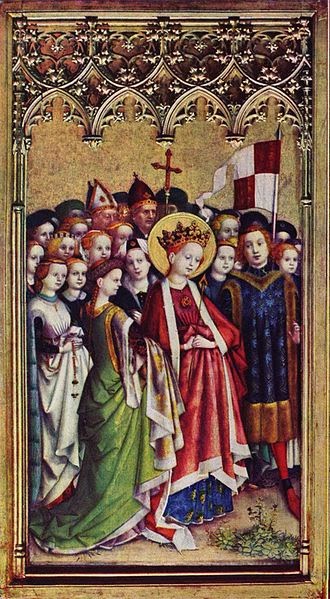 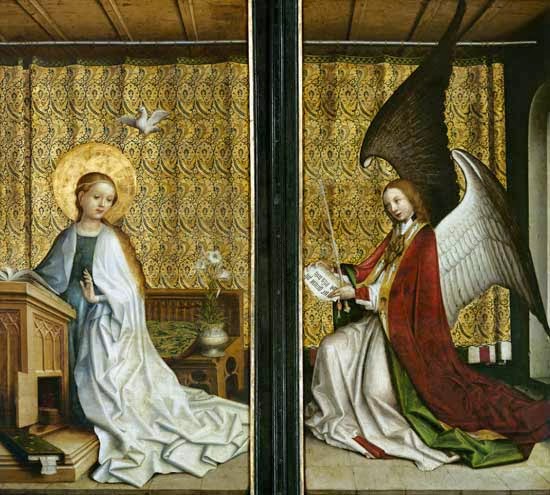 The Annunciation, from the Three Kings Altar.

Detail of the Rose Garden Madonna.
Posted by John at 12:23 PM