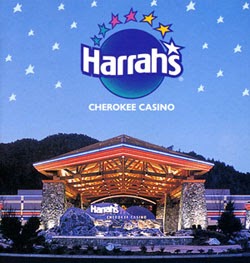 When the Eastern Cherokee began distributing profits from their casino among all members of the tribe, they unwittingly carried out an experiment in whether just giving poor families money helps poor children. Moises Velaxquez-Manoff:


Today, more than one in five American children live in poverty. How, if at all, to intervene is almost invariably a politically fraught question. Scientists interested in the link between poverty and mental health, however, often face a more fundamental problem: a relative dearth of experiments that test and compare potential interventions.

So when, in 1996, the Eastern Band of Cherokee Indians in North Carolina’s Great Smoky Mountains opened a casino, Jane Costello, an epidemiologist at Duke University Medical School, saw an opportunity. The tribe elected to distribute a proportion of the profits equally among its 8,000 members. Professor Costello wondered whether the extra money would change psychiatric outcomes among poor Cherokee families.

When the casino opened, Professor Costello had already been following 1,420 rural children in the area, a quarter of whom were Cherokee, for four years. That gave her a solid baseline measure. Roughly one-fifth of the rural non-Indians in her study lived in poverty, compared with more than half of the Cherokee. By 2001, when casino profits amounted to $6,000 per person yearly, the number of Cherokee living below the poverty line had declined by half.

And what was the result?


Just four years after the supplements began, Professor Costello observed marked improvements among those who moved out of poverty. The frequency of behavioral problems declined by 40 percent, nearly reaching the risk of children who had never been poor. Already well-off Cherokee children, on the other hand, showed no improvement. The supplements seemed to benefit the poorest children most dramatically. . . .  She and her colleagues kept following the children. Minor crimes committed by Cherokee youth declined. On-time high school graduation rates improved. And by 2006, when the supplements had grown to about $9,000 yearly per member, Professor Costello could make another observation: The earlier the supplements arrived in a child’s life, the better that child’s mental health in early adulthood.

There is a lot of despair about what we could do to help poor people break the multi-generational cycle of poverty, but one answer seems to be, give them enough money to lift them out of poverty.

What's more the evidence from the Cherokee study suggests that such a plan might pay for itself; the amount saved by various governments in terms of fewer grades repeated, fewer young people going to jail, less unemployment, and less drug addiction seems to be more than the total amount paid out in subsidies.
Posted by John at 12:34 PM

It's ironic that it's often said that throwing money at a problem doesn't make it go away. Apparently sometimes it does.

This seems related to recent studies that show that the most successful way to end chronic homelessness is to give people a place to live, and THEN require intensive help for addiction and other issues. It turns out that holding out housing as a reward for improving yourself is backwards.
http://www.theatlanticcities.com/neighborhoods/2013/12/can-city-really-end-homelessness/7958/

Yes, any scheme that requires poor people to plan better for the future is doomed to fail, because one of the main symptoms of severe poverty is an inability to plan for the future. What lifted millions of people out of poverty was factory work, because you could get it without a lot of education but it was stable and well-paid enough that over time it changed people's whole outlooks.

For homelessness the problems are even worse, since so many homeless people have severe mental illnesses that can never be cured while they live on the street.