Mammoths and Passenger Pigeons are Edging Back 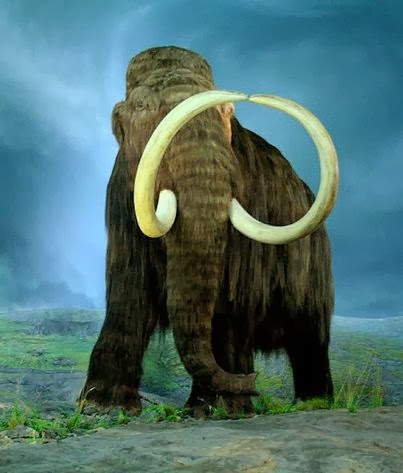 Nathaniel Rich has written a pretty interesting piece about some of the scientists working on "de-extinction." Here he explains the actual methods being used to turn band-tailed pigeons into passenger pigeons:


Should scientists succeed in culturing a band-tailed-pigeon germ cell, they will begin to tinker with its genetic code. Biologists describe this as a “cut-and-paste job.” They will replace chunks of band-tailed-pigeon DNA with synthesized chunks of passenger-pigeon DNA, until the cell’s genome matches their working passenger-pigeon genome. They will be aided in this process by a fantastical new technology, invented by George Church, with the appropriately runic name of MAGE (Multiplex Automated Genome Engineering). MAGE is nicknamed the “evolution machine” because it can introduce the equivalent of millions of years of genetic mutations within minutes. After MAGE works its magic, scientists will have in their petri dishes living passenger-pigeon cells, or at least what they will call passenger-pigeon cells.

The biologists would next introduce these living cells into a band-tailed-pigeon embryo. No hocus-pocus is involved here: You chop off the top of a pigeon egg, inject the passenger-pigeon cells inside and cover the hole with a material that looks like Saran wrap. The genetically engineered germ cells integrate into the embryo; into its gonads, to be specific. When the chick hatches, it should look and act like a band-tailed pigeon. But it will have a secret. If it is a male, it carries passenger-pigeon sperm; if it is a female, its eggs are passenger-pigeon eggs. These creatures — band-tailed pigeons on the outside and passenger pigeons on the inside — are called “chimeras”. Chimeras would be bred with one another in an effort to produce passenger pigeons. Novak hopes to observe the birth of his first passenger-pigeon chick by 2020, though he suspects 2025 is more likely.

Various scientists complain to Rich that this is not really bringing back the passenger pigeon, just inserting certain passenger pigeon genes into the genes of other pigeons to create something that looks sort of like a passenger pigeon. It is a fair comment on the methods being used right now, but what about the methods of 50 years from now? Who wants to say that in 50 years we won't be able to extract a full mammoth genome from a frozen carcass, insert it into the egg cell of one of these pseudo-mammoths and get something that is, genetically, fully a mammoth? Or that we won't create a population of mammoths in a Siberian national park that will, over the centuries, develop their own mammoth way of life as their genes gradually reassert themselves? In a rapidly progressing science it is a bad mistake to assume that the current technology is the best we can do.
Posted by John at 7:53 AM