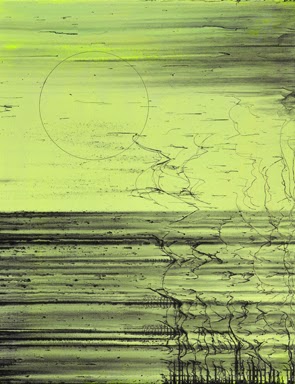 British painter Rachel Howard, born 1969, has been playing around with oil paint, applying multiple layers to canvases and then removing some. She has also been playing with the boundary between abstraction and figural work, which I think has been fertile ground for her. The stuff of hers I saw before didn't do much for me, but I like some of these very much. Her new show is called Northern Echo, but I can't find that this means anything. Above, Insomnia, 2013 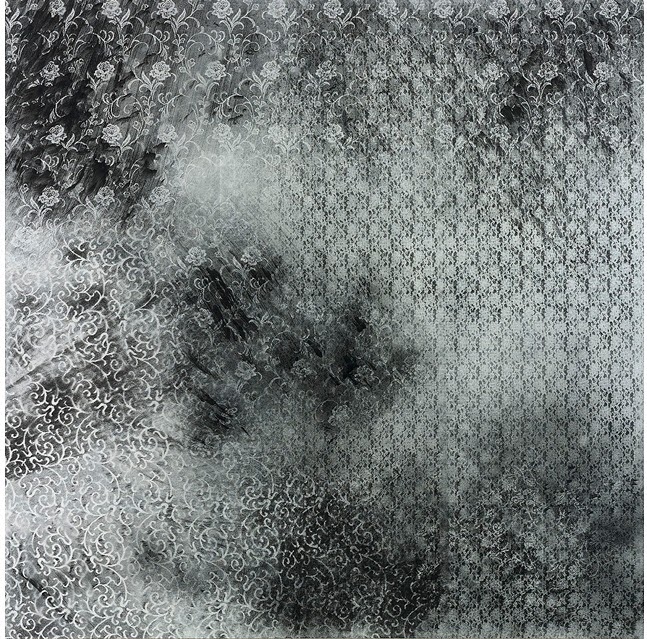 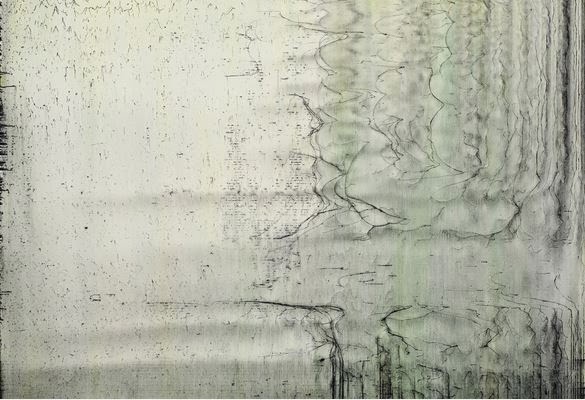 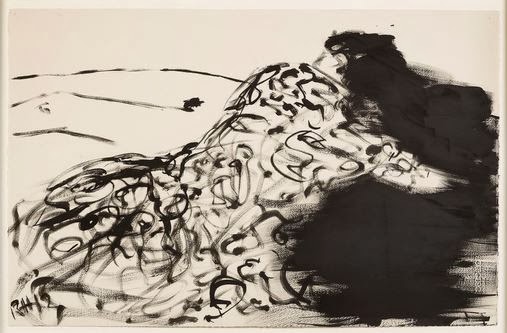