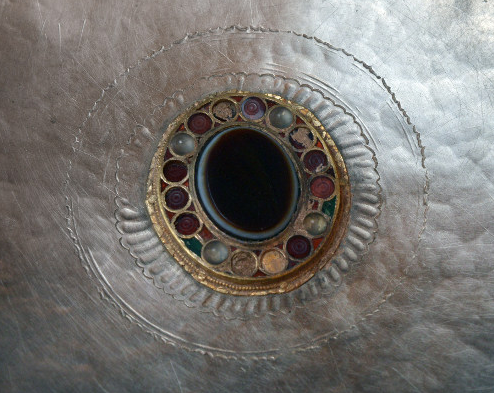 Some time last year a German relic hunter stumbled across a hoard of Roman gold while metal detecting illegally in a national forest, but when he tried to sell it he was caught by the police and talked into coughing up the rest of the treasure. 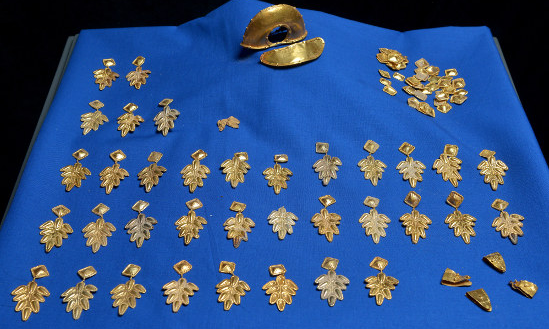 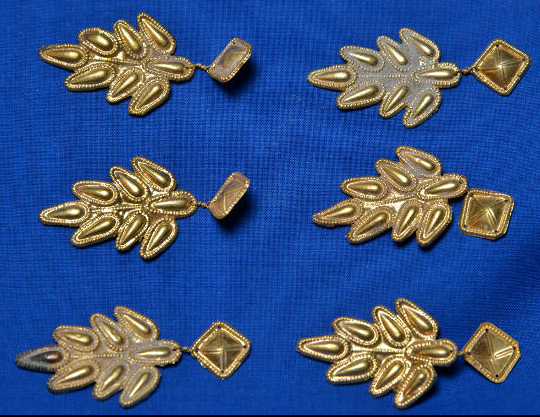 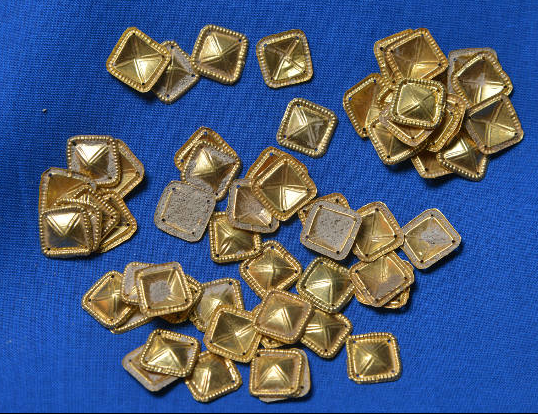 The heart of the treasure is these gold ornaments, which archaeologists think were once sewn onto the robe of a very high ranking Roman. The finds date to the late Roman period, probably the fifth century. The come from the southern Rhineland, within Rome's old borders. 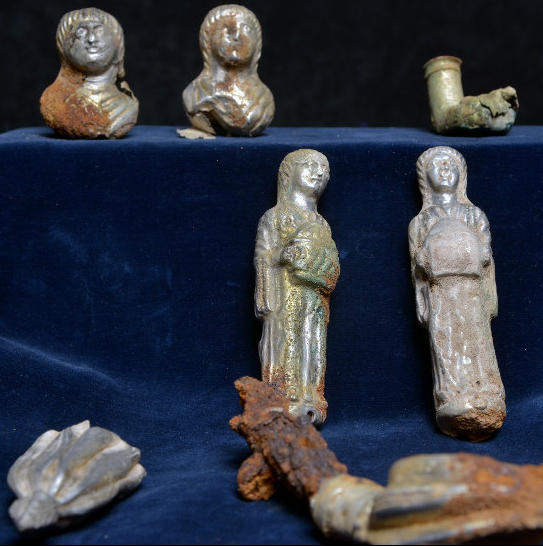 These silver figurines probably adorned an elaborate curule chair of the sort used by an emperor while on campaign. 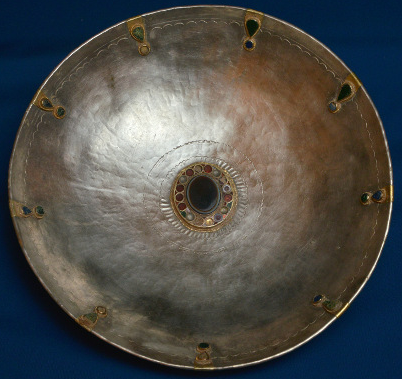 And there was this exquisite silver bowl.
Posted by John at 2:58 PM