The Sound of Ancient Celtic Battle: the Tintignac Carnyx 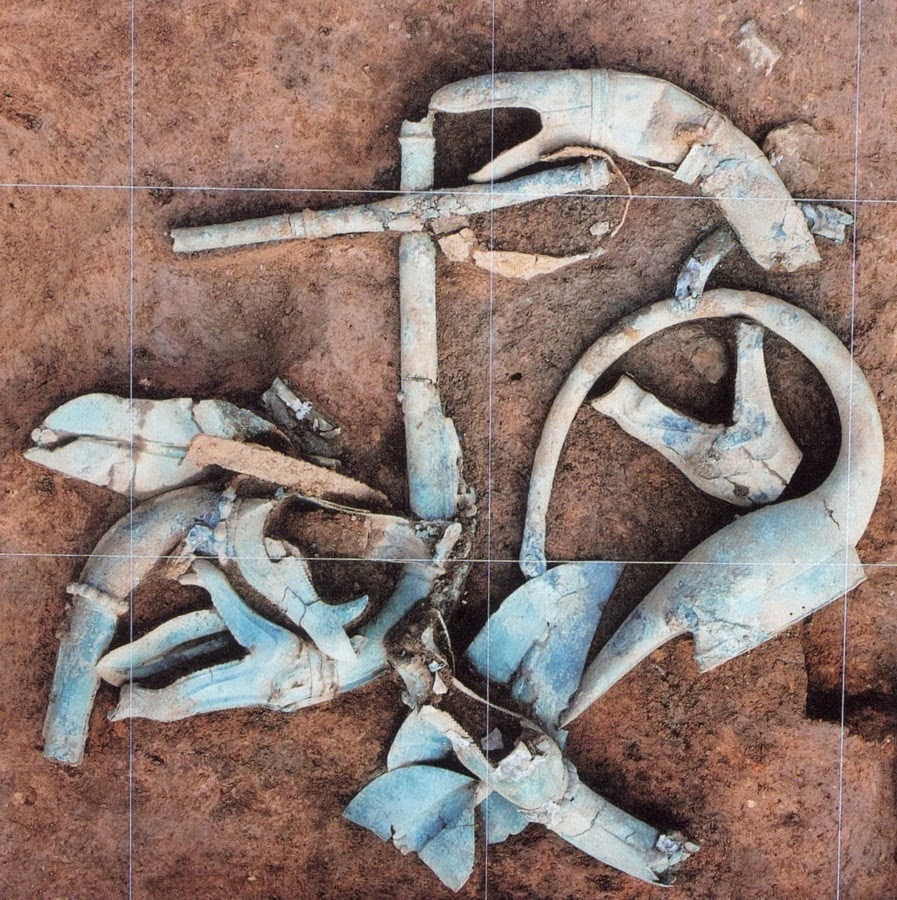 In 2004, archaeologists digging in the Gallo-Roman sanctuary at Tintignac in southern France uncovered a votive deposit of metal objects dating to around 100 BCE. All had been smashed or at least damaged before they went into the ground. 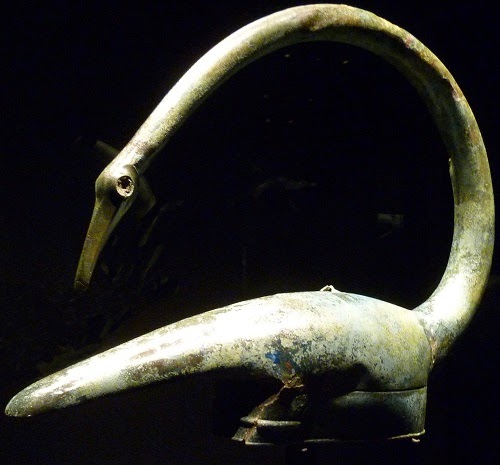 They turned out to comprise this swan-shaped helmet

and seven different battle horns. The celtic horn or carnyx had been described by Roman writers and is depicted on several surviving coins and other pieces of art, so its general nature was known even before modern archaeologists began finding pieces of them. 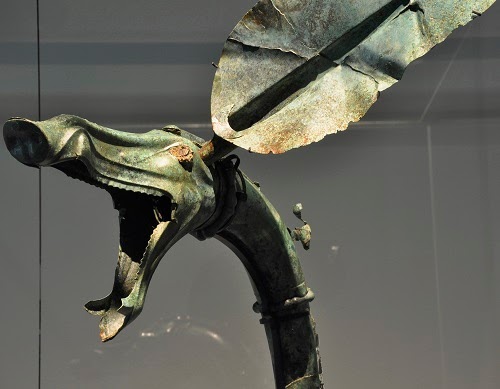 But the specimens from Tintignac include the most complete ever found. So what does it sound like?


Well, here is a sample.


But I think those those were rather amateur carnyx players. For an idea of what a carnyx could do, I give you the modern master of the carnyx, John Kenny, playing a replica of the Deptford Carnyx. 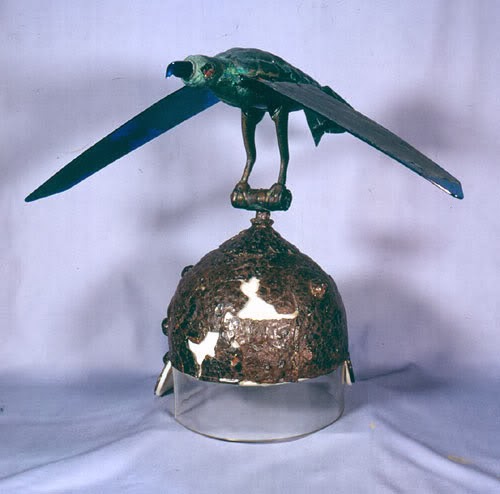 To those sounds you must add the shouts of a thousand or so naked Celtic warriors wearing mad helmets, brandishing their long swords and tall shields, and the screams of the black-clad priestesses that Tacitus tells us sometimes ran among the warriors, and you begin to have an idea of what a Celtic army was like.
Posted by John at 7:56 AM