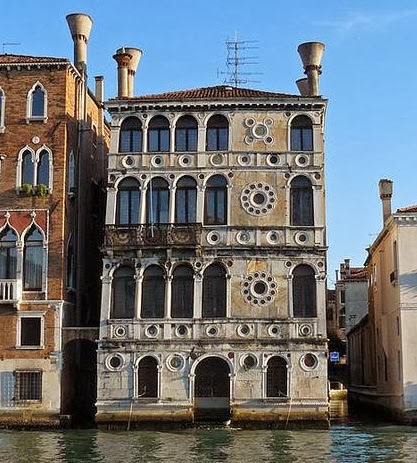 Today's Venetian Palazzo is Ca' Dario, which is cool in two ways. First, the facade,with its unique windows. Second, it has a curse. Or so people say; I pass along what I learned from a dubious web site:


The first to die was the daughter of Giovanni Dario who committed suicide; this was followed by the murder of their son Vincenzo. The sad and terrible history continues right up until recently. In the last fifty years or so the list of casualties includes the following:

• The famous tenor Mario Del Monaco seriously injured in a car accident in 1964.
• Count delle Lanze in the 70’s who was murdered.
• Count delle Lanze's Croatian murderer was in turn murdered in London.
• Christoper Lambert – the manager of The Who who committed suicide by supposedly falling down stairs.
• Nicoletta Ferrari died in a suspicious car accident in the 80’s.
• Raul Gardini in the late 80’s committed suicide under suspicious circumstances. 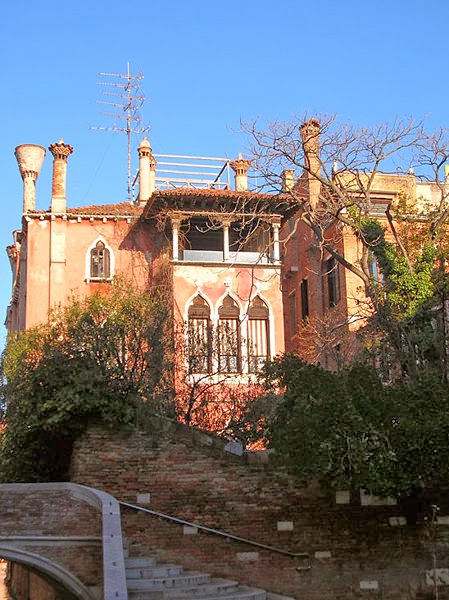 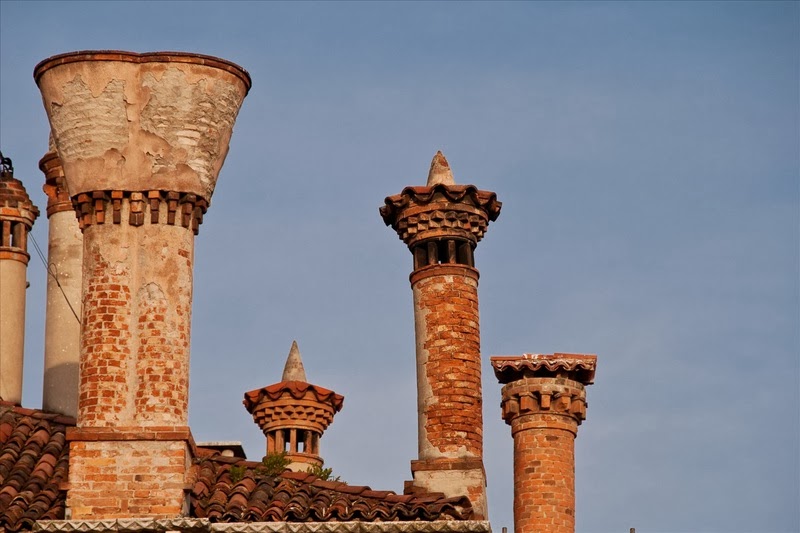 I'm not sure how old these chimneys are -- original? 17th-century? -- but old enough that most of the palazzos have lost them. Ca' Dario is one of the few with a full surviving set. 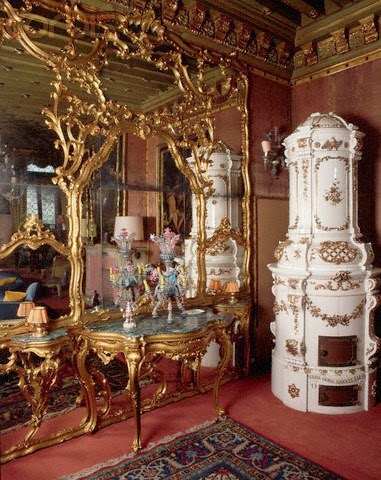 Because Ca' Dario has always been in private hands, there aren't many pictures of the inside, but based on this one that seems to be just as well. The Baroque mirror is bad enough, but that Austrian stove is such a false note. 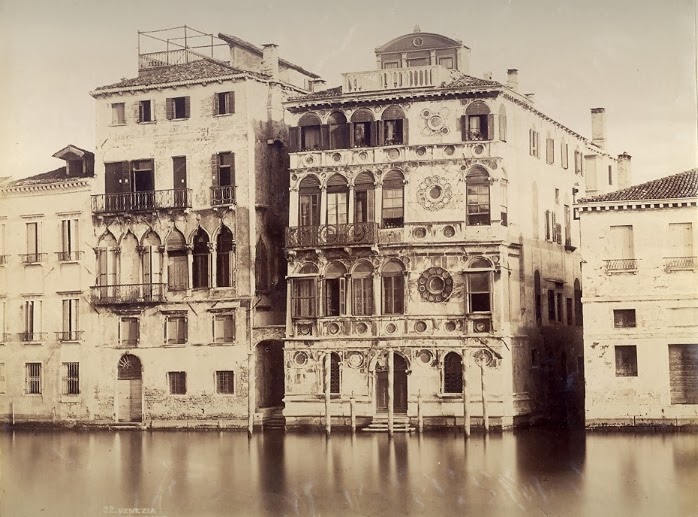 Still, it has that amazing facade, which as you can see hasn't changed much since 1880. And a curse!
Posted by John at 2:11 PM