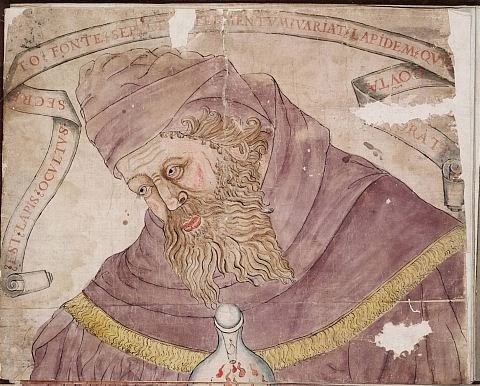 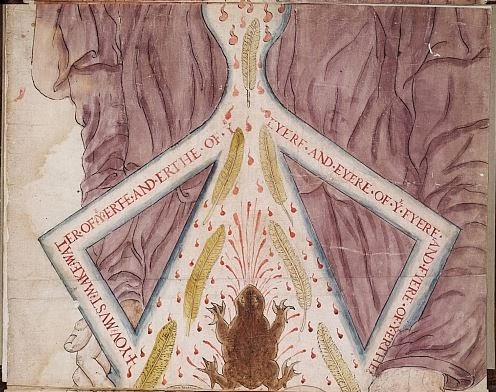 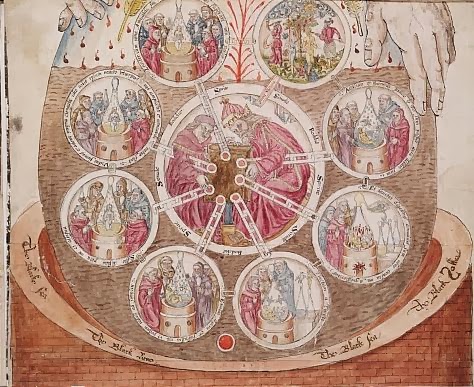 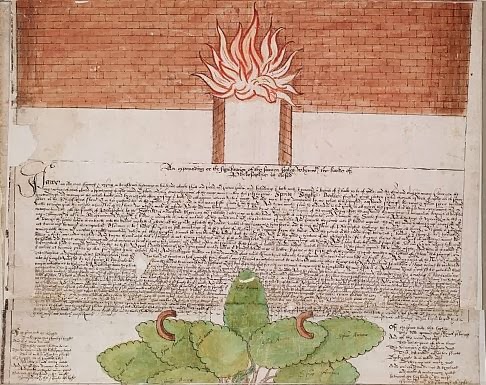 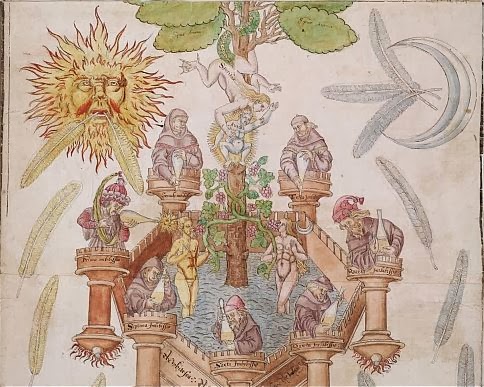 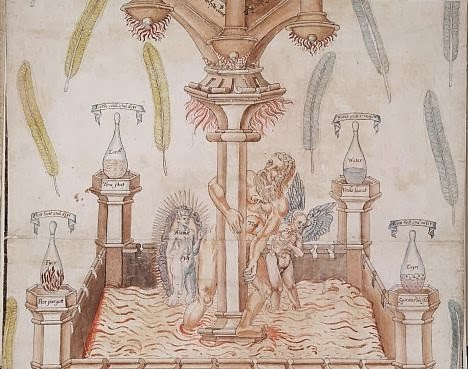 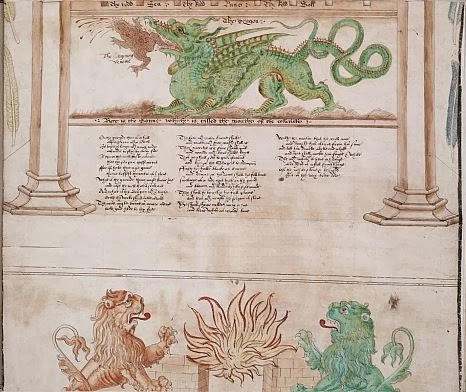 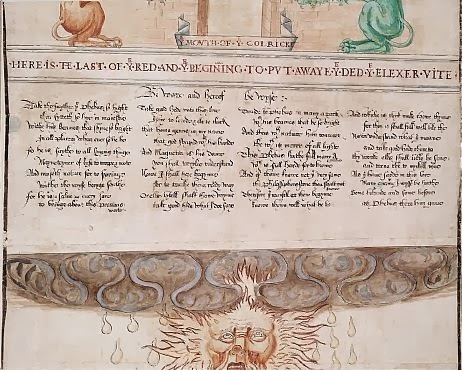 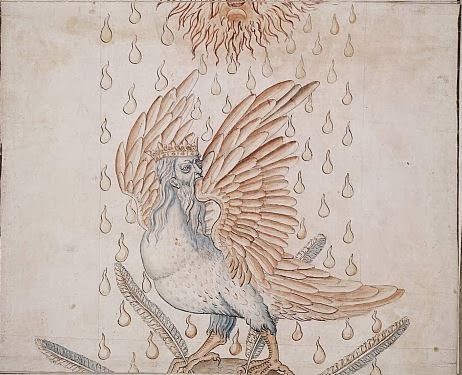 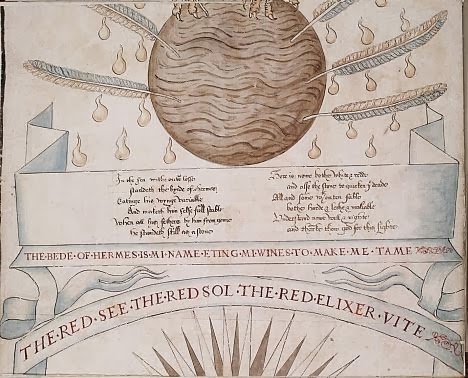 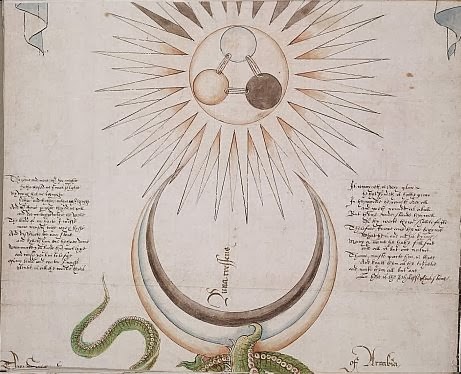 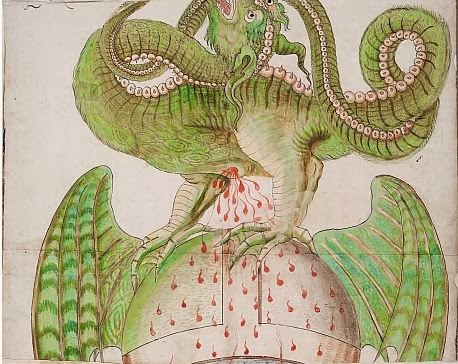 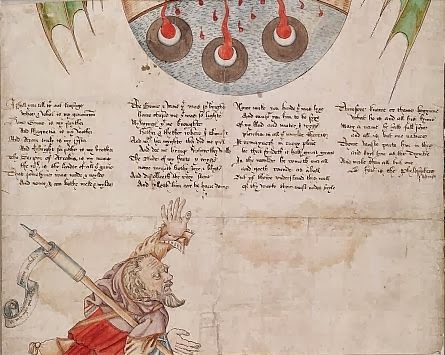 George Ripley (c. 1415-1495) was an English priest and noted alchemist, one of several fifteenth-century figures who were rumored to have created the philosopher's stone and turned lead into gold. (Nichoas Flameau was another.) He left England as a young man to study alchemy in Germany and then spent about twenty years in Rome, working for the papacy. In 1477 he returned to England and became a canon of Bridlington in Yorkshire. About twenty copies of his scroll survive, all made in the sixteenth or seventeenth century. The scroll purports to be an allegorical account of how to make the philosopher's stone. You can read a description of the scroll here that explains some of the symbolism. This is the Yale copy, which I found at BibliOdyssey. 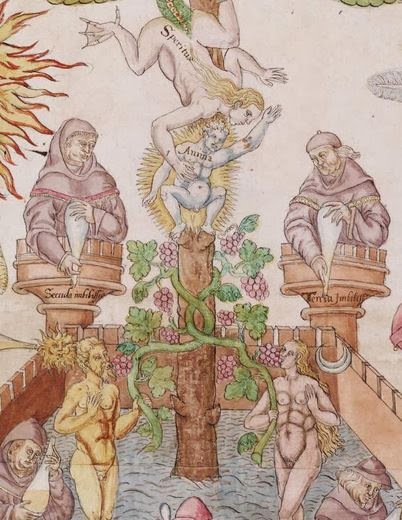 Detail from a very large version of this scan. Below, a sample of Ripley's allegorical verse. 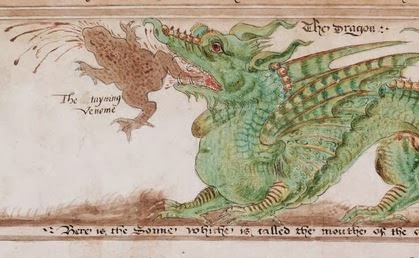 Sorry the scroll doesn't look quite right; I had to cut it into pieces and it was hard to make them line up exactly; but then the leaves in the scroll don't line up perfectly anyway.
Posted by John at 7:07 AM