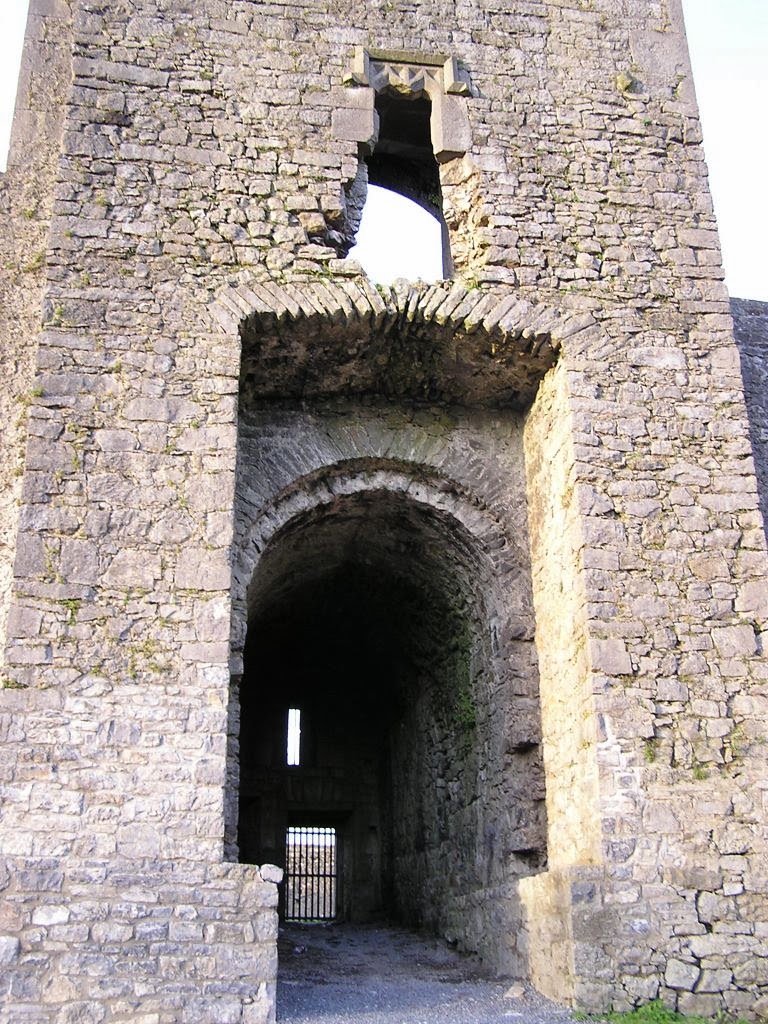 Liscarroll Castle in County Cork was built in the thirteenth century by the De Barry family, one of the great Norman clans of medieval Ireland. It seems to have been built pretty much all at once, to a consistent plan. 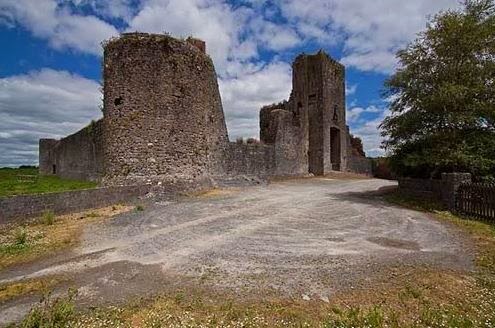 The basic structure is a rectangle measuring 240 feet by 120 feet (74x37m) with a round tower at each corner and a large rectangular entrance tower. 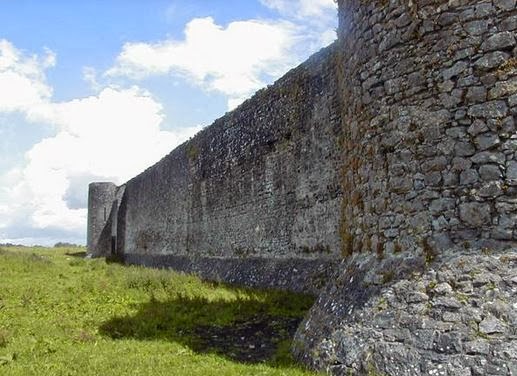 The walls were 30 feet (9m) tall and are still quite impressive. 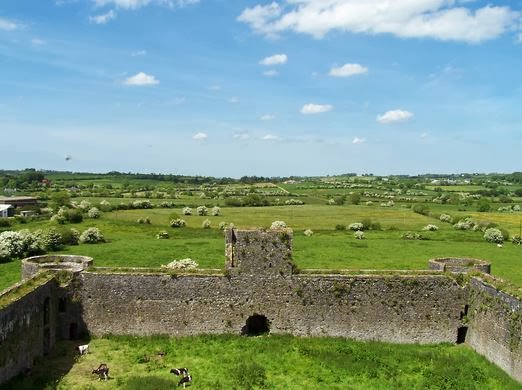 The hall must have been a wooden structure within the courtyard. The cows are a nice touch. Wandering around great stone ruins in places like rural Ireland or the Scottish Highlands, I am sometimes struck by the thought that these half-deserted villages once mattered. Seven hundred years ago the wealth of the world was in places like these, in their fields and farms and in the hands of tillers, spinners, and weavers. 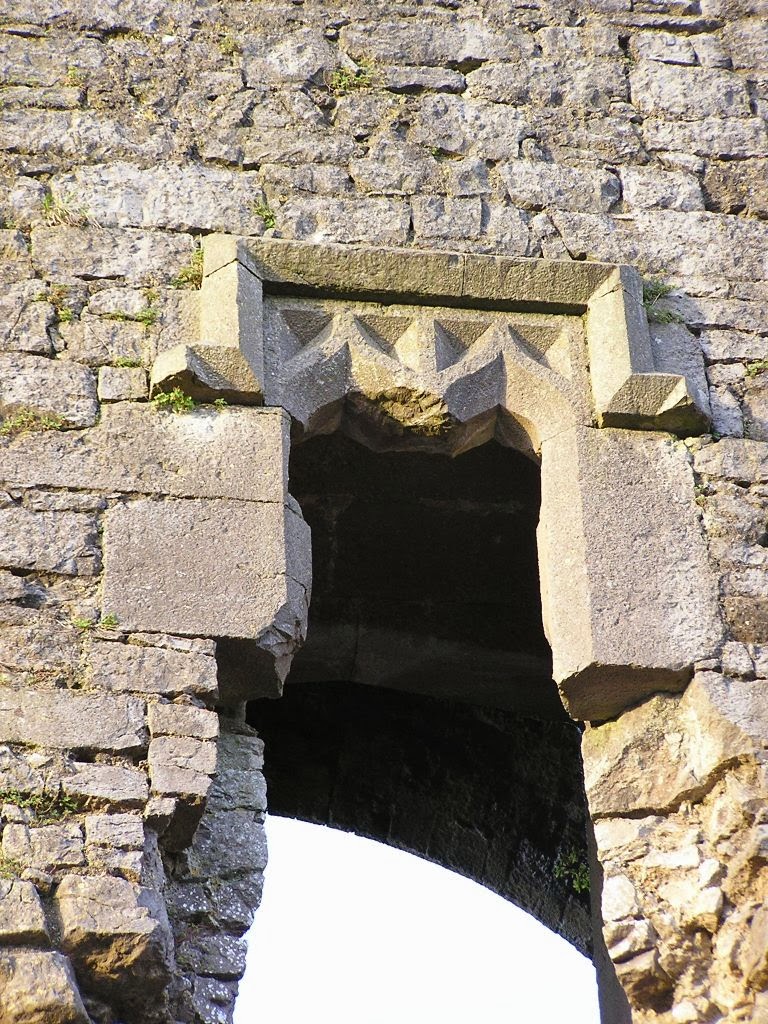 Now there are only the cows, and tourists who live and work someplace else. 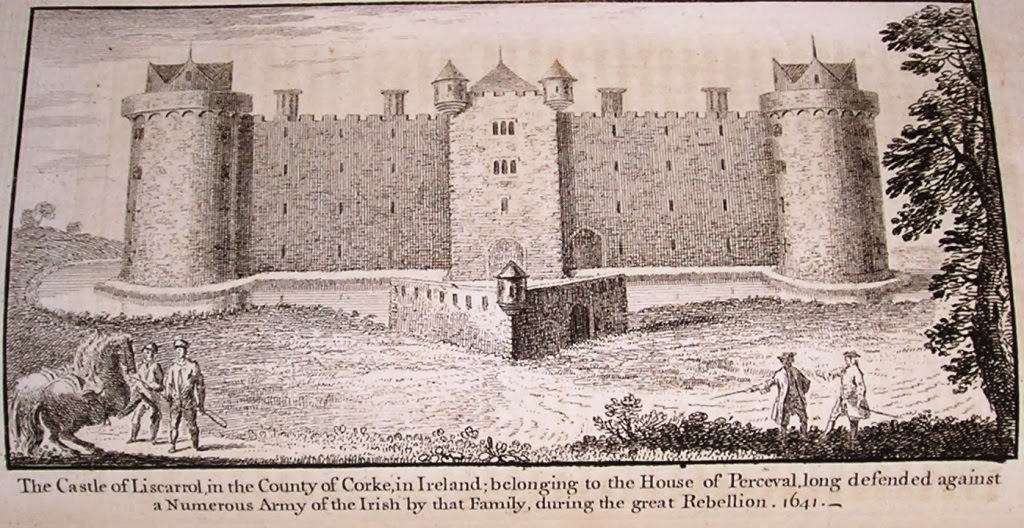 Liscarroll's brush with history came in 1642. During what we call the Irish Confederate Wars, between England's new Puritan state and the old-fashioned Catholic nobles of Ireland, it was besieged by Irish army forces under the command of Lord Mountgarret. The castle's defenders surrendered after a siege of just 13 days, and then must have felt very silly because on the fourteenth day the Earl of Inchiquin arrived with reinforcements and defeated the Irish army at the Battle of Liscarroll. This was a bloody affair with no tactical subtlety, just a lot of hacking and slashing until 1500 men were dead. The Irish army captured the castle again in 1646, with an army of 5000 led by Lord Castlehaven. After the wars the castle was granted to the Earls of Egmont,a branch of the Perceval family, and it remained in their possession for many years. 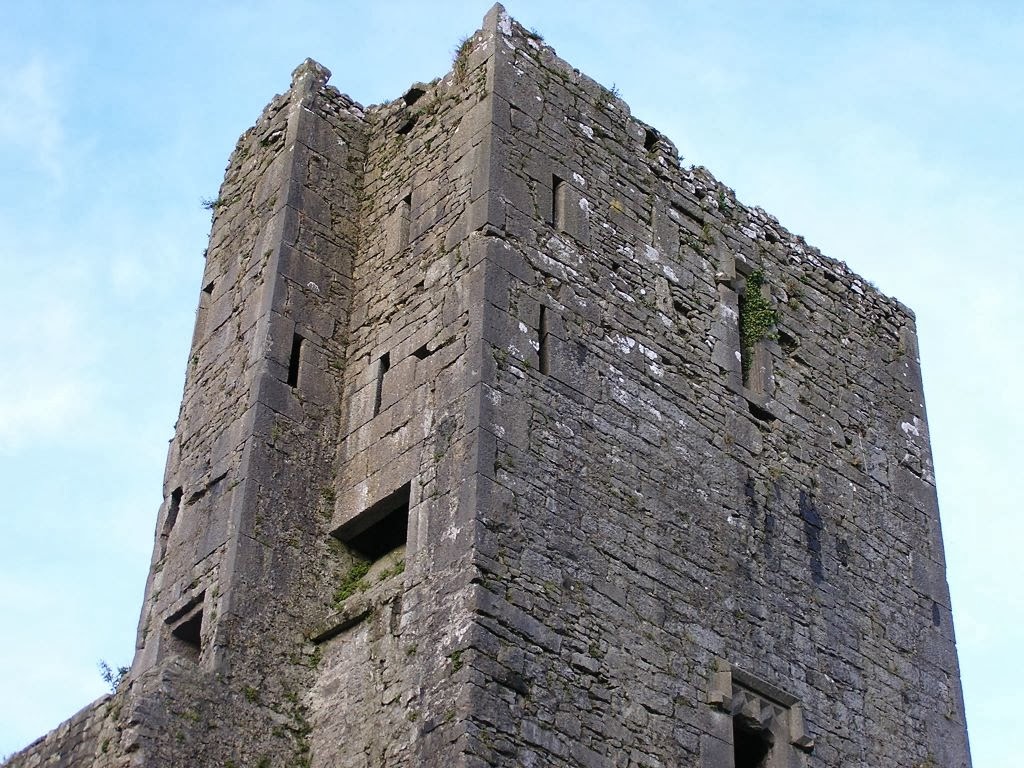 And then it was abandoned and embarked on a new career as a picturesque ruin.
Posted by John at 7:17 AM