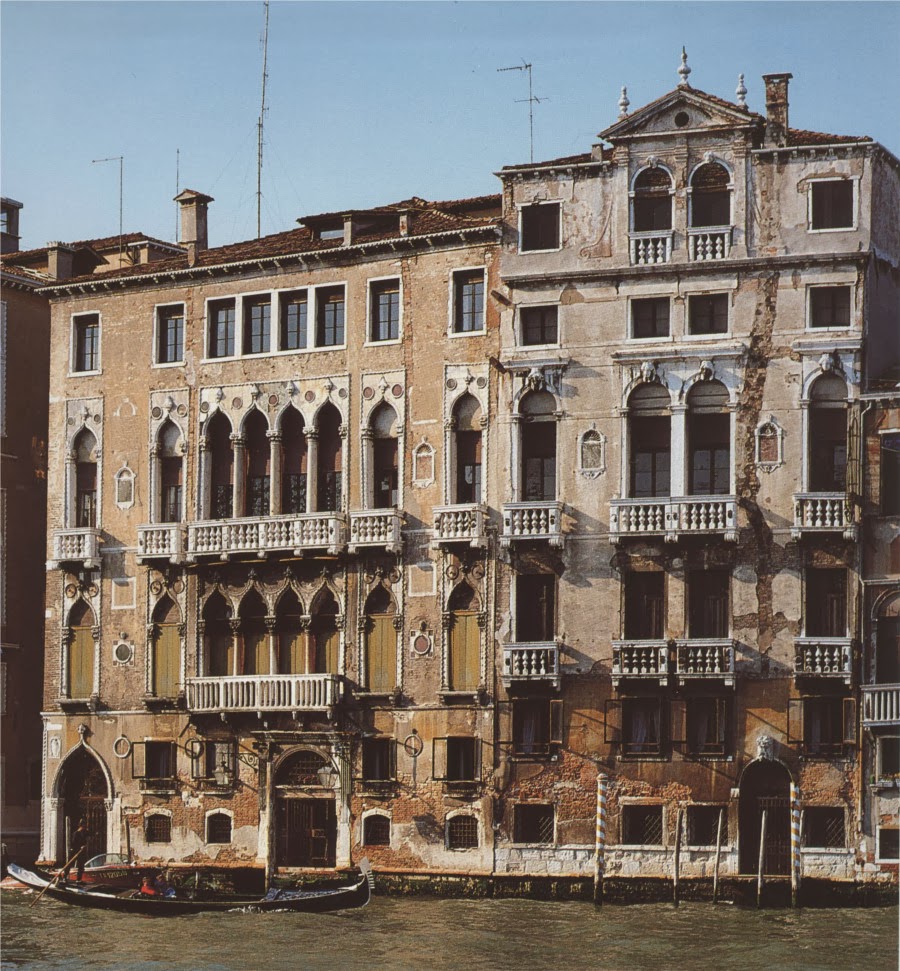 Ca' Barbaro was built in two parts, the first beginning in 1425 and the second in the 1690s. The Barbaro family was a notable one and supplied Venice with a long string of ambassadors, naval commanders, and so on going back to the tenth century. But the house is actually more famous for a later period, when it belonged to the American Curtis family. Among their Gilded Age visitors were Monet, Whistler, John Singer Sargent, and Henry James. 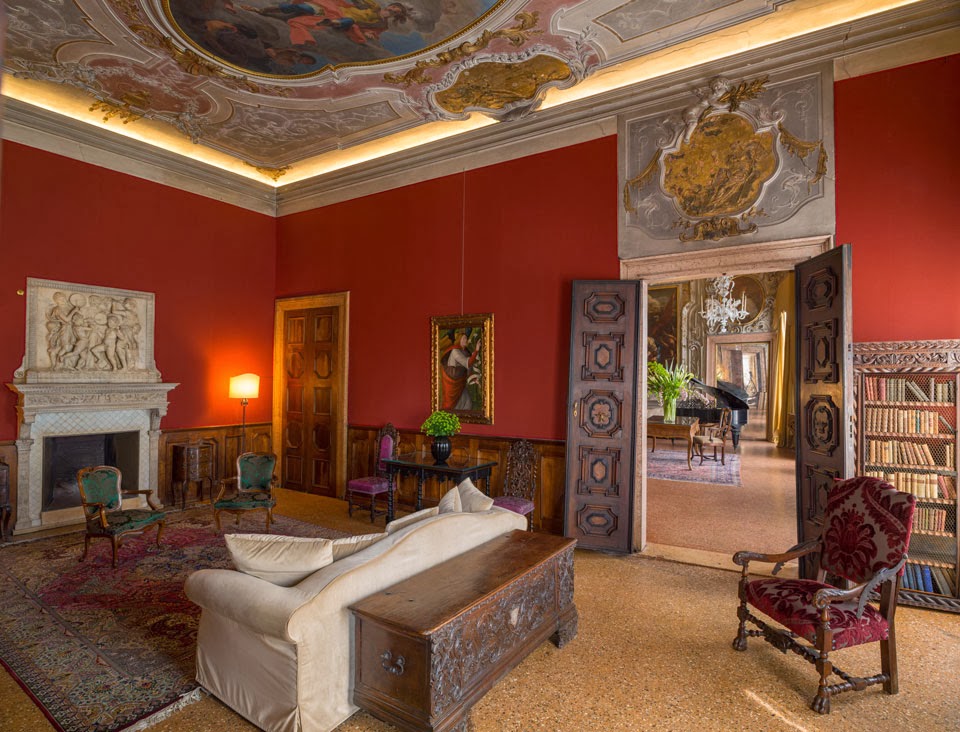 James wrote several well-known letters from this study, and he later used the house as the central setting in The Wings of the Dove. The movie was also filmed there, in part. 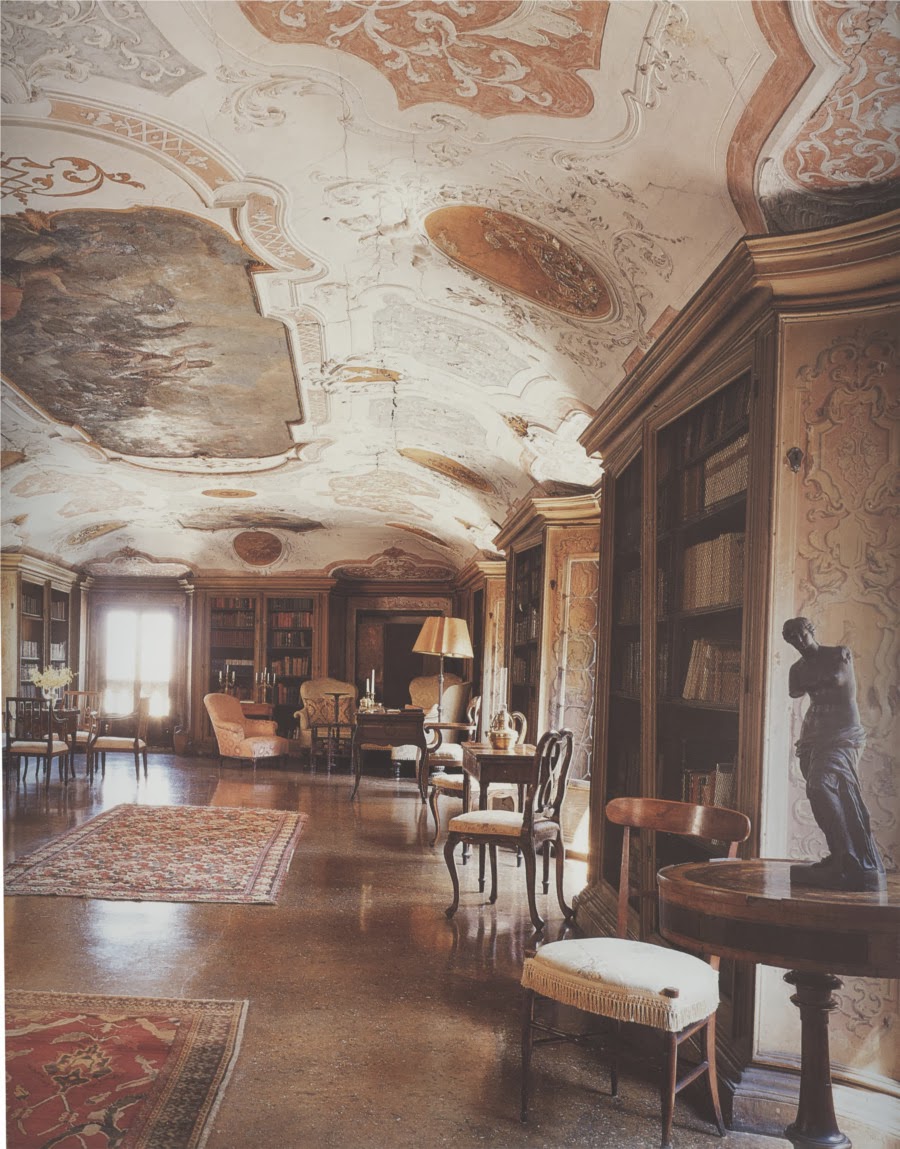 The library. Almost all the interiors of these palazzi were heavily redecorated in the 18th century. 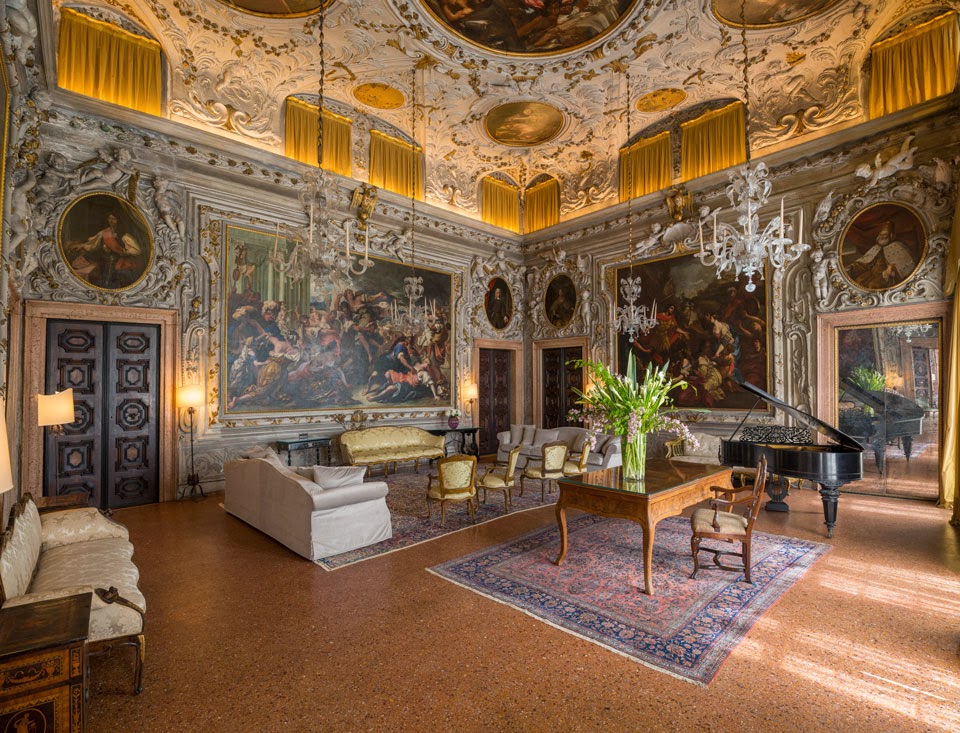 The house also figures in John Berendt's The City of Falling Angels, which devotes a chapter to Patricia Curtis' painful decision to sell the piano nobile (main floor) of the palazzo. 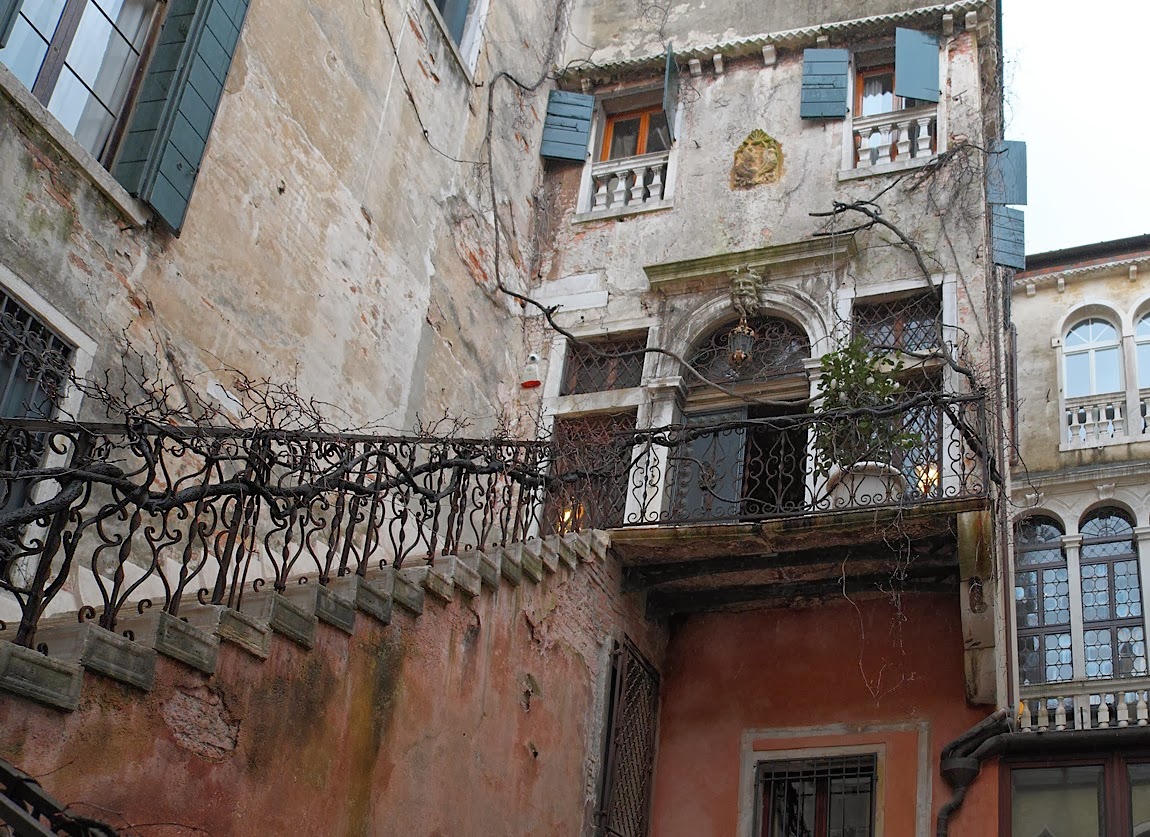 The house has been tied up in the Curtis estate for some time and last year it was on the market; no idea if it was sold. Anyway, last March it was opened for tours, and one person who went along posted an account of the tour. He also posted the pictures above and below. 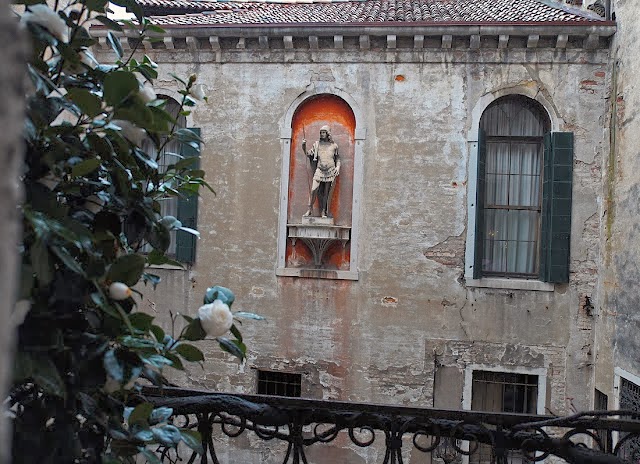 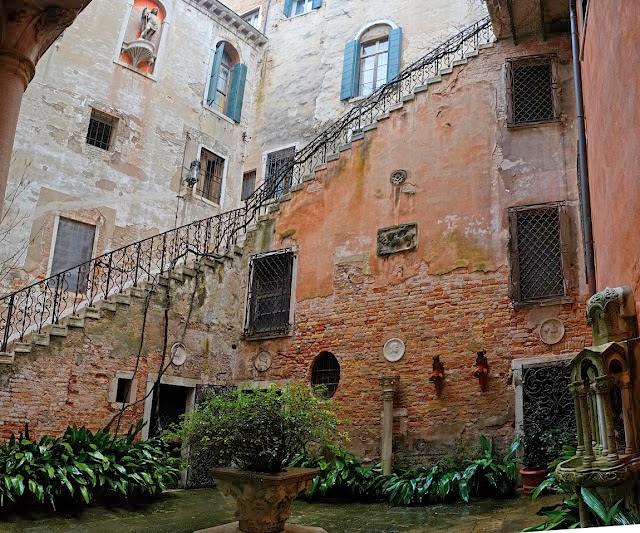 Of course, as Venice sinks the ground floors of these houses flood on a regular basis; below is an interesting photo of Ca' Barbaro during high water. 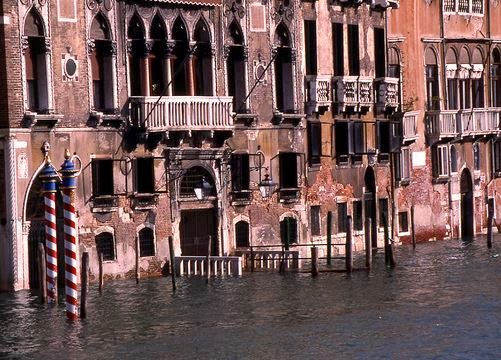