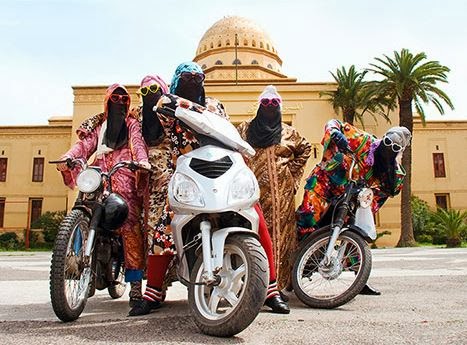 In today's look at our endlessly fascinating species, I give you the Motorbike Maidens of Marrakech, Morocco. Pictures by British-Moroccan photographer Hassan Hajjaj (more here). Not all women who cover their heads are oppressed by the patriarchy. 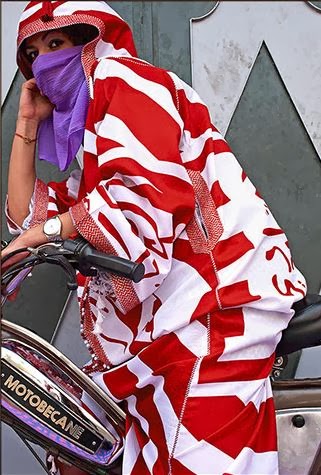 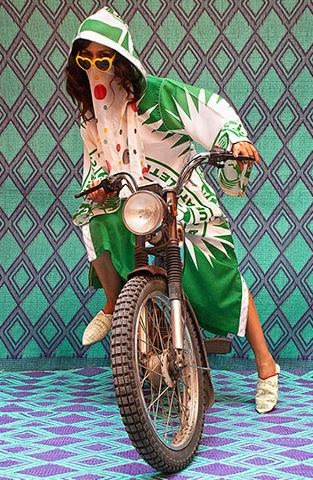 
After my first encounter, I could not get enough of the female motorbike riders in the city. With a population of over 1 million people, this third largest city of Morocco is rumored to have 1 million motorbikes - and it seemed like so indeed. Everywhere one goes, one sees everybody riding a motorbike in Marrakech. It is almost surreal, vibrant and powerfully projects an unending sea of motorbikes, with the female bikers making it extra colorful. The female bikers were everywhere and they were just as empowered or aggressive bike drivers as the men. . . . I could not find anyone to provide a satisfactory answer as to where this culture of women riding motorbikes in Marrakech originated. Most just pointed out that it has always been that way.

Plus one unposed photo from the set that accompanies that article: 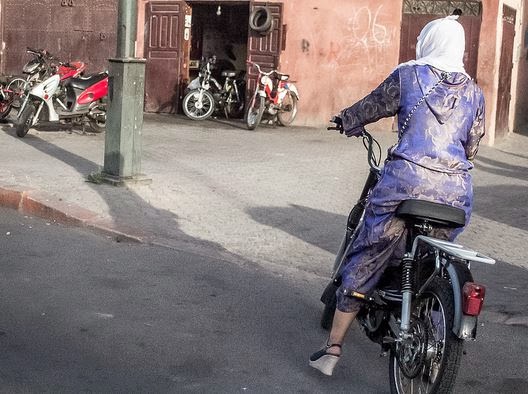